Tourists Approved Under Previous Amnesty Can Stay Until Nov 30 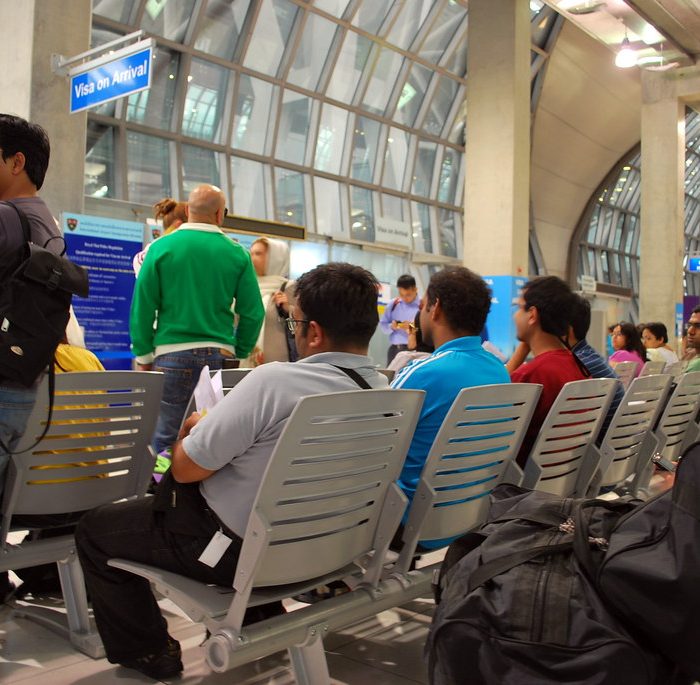 Foreigners who have applied for extension before September 26 will be extended until November 30.
Photo By: Some Rights Reserved by mynameisharsha

The approval of a new visa amnesty has caused some confusion among people who have already applied for extensions before the September 26 deadline.

In response, the Immigration Bureau has issued clarifications on the status of those who have already been approved for an extension under the previous amnesty.

According to Immigration Bureau Deputy Commissioner Major General Pornchai Kuntee said that stranded foreigners have been grouped into two as a result of the new visa amnesty. One group is made up of those who were able to apply for the special 30-day extensions before the September 26 deadline. The other one is made by those who were not able to make applications before the deadline.

Major General Pornchai said that the visa amnesty extending expired visas to October 31 applies only to the second group.

For the first group, the Immigration head official clarified, will be able to stay until November 30.

However, the Nov 30 extension is not automatic. Maj Gen Pornchai stated that foreigners belonging to the first group have to visit the Immigration Office nearest to their location in order to get their visas stamped for the correct deadline.

Once their extension expires, Maj Gen Pornchai said that they can now apply for 60-day extensions moving forward.

The visa amnesty was announced officially following a meeting with the members of the Center for COVID-19 Situation Administration.

This is the fourth visa amnesty extended to foreigners who are currently stranded in Thailand. These foreigners have been staying in the country since April, after a royal decree instituting a lockdown that banned international flights from entering and coming out of Thailand.

Due to a reported bottleneck in Immigration Bureau offices, the CCSA announced on Monday that it is extending the deadline again to October 31.

Foreigners in Phuket who hold one-year permits to stay for their Non-Immigrant B visas are still waiting for word from the Bureau of Immigration regarding their own circumstances.

These foreigners are those that lived for years in Phuket and have established businesses in the province. Because of the COVID-19, their revenues have been negatively affected and have seen trouble in renewing their one-year permits to stay because of the minimum required income.

The Phuket branch of the Immigration Bureau previously advised these expats to delay applying for extensions until September 15, or until the Bangkok office issues an advisory regarding their individual circumstance.

However, the Bangkok office had released no word on their concerns by September 15, prompting the Phuket Immigration Bureau to advise these expats to apply for the special 30-day extensions in the meantime.

In other words, the CCSA also approved the Special Tourist Visa that will bring in tourists from low-risk countries to Thailand. The first group of 150 tourists are expected to arrive in Thailand by October 8.