Local Tourism Picks Up in Provinces Over Long Weekend 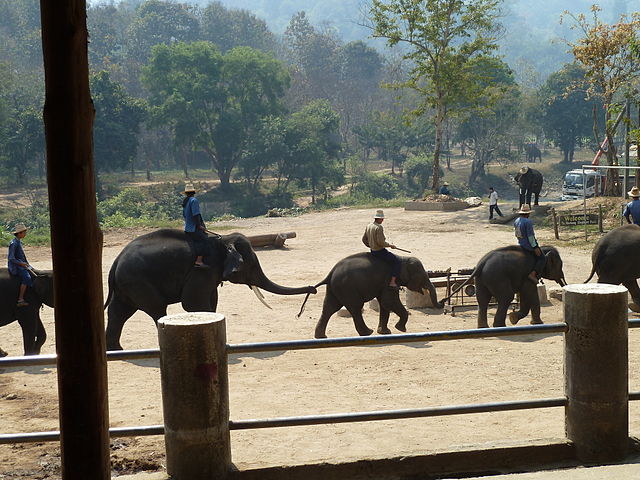 Thailand has recently ended its four-day long weekend in commemoration of His Royal Majesty King Rama X’s birthday. While international tourism remains closed, local tourism has picked up in three provinces of Thailand for the long weekend.

Chiang Mai experienced a significant influx of local tourists over the weekend. Taking advantage of the four-day break, tourists took the time to visit attractions such as the Maetaeng Elephant Park.

Maetang Elephant Park gives tourists the singular experience of feeding Thailand’s most revered animal, as well as riding on their backs for a quick safari adventure.

In addition to domestic tourists, foreigners that have been stuck in Thailand due to the pandemic were also among those that visited the northern city for a much deserved rest and recreation.

Park employees and management admitted that it had been a difficult time for them since the government imposed an emergency decree locking down the entire country in response to COVID-19.

Last weekend’s surge of tourists, even of the domestic kind, was a big boost to the Park’s bottom line. They hope it will continue beyond the near future, especially since Thailand’s air corridor is still closed to international tourism.

A similar phenomenon is observed in the province of Trat, with its three islands.

According to the province’s Office of Tourism and Sports, roughly 40,000 tourists had visited the province. A majority of these tourists headed to the destinations of the islands of Koh Chang, Koh Mak, and Koh Kood.

The Office also noted that this number is 5% higher than the number of tourists that visited the province in the July 4-7 long holiday for the Buddhist Lenten period, when 30,000 tourists visited Trat.

In addition, the July 25-28 tourist exodus brought the province THB328 million in revenues.

Both the Office and Maetang Elephant Park management attributed the spike to the government’s efforts to promote local tourism, while Thailand remains closed to foreign tourism.

The government had begun rolling stimulus packages in late June in order to boost local tourism, in an effort to revive the industry that has been seriously hampered by the emergency decree banning international flights in and out of Thailand in April.

The packages were worth a total of THB22.4 billion in subsidies to encourage locals to visit and support tourist destinations that were otherwise frequented by foreigners before the pandemic.

Under these packages, locals have opportunities to travel between July and October this year and have their expenses in airline flights, car rentals, bus fares, food, accommodations and activities subsidized by the Thai government.

There are also separate subsidies for the country’s more than 1 million front liners to use in financing their travels between the said period. This is considered as the government’s reward for these workers’ service to the country in the midst of the pandemic.

In the meantime, foreign tourism remains closed in the near future as operators clamor for finalization of the travel bubble agreements. Businessmen warn that a huge number of local hospitality operators could close shop and lay off thousands of Thai employees if government does not render aid nor solidify plans to reopen foreign tourism.