Thais Among the Most Eager To Resume Travel, Mastercard Study Shows 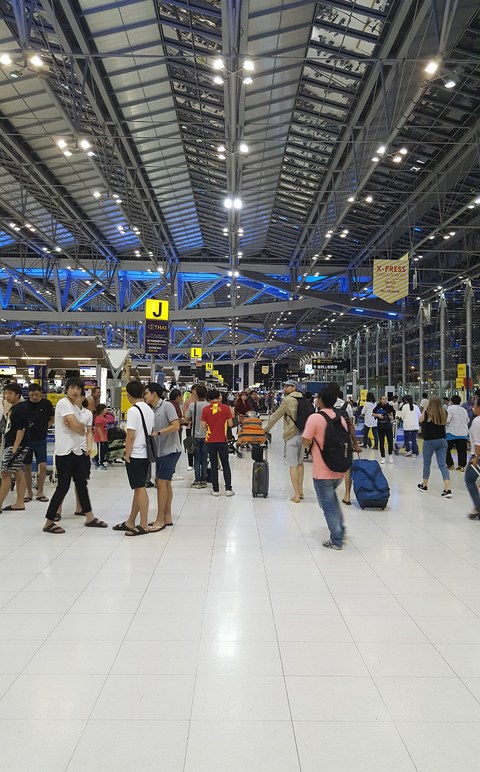 Thais are said to be among the groups of people who are most enthusiastic about resuming travel, which had been hampered worldwide because of the COVID-19 pandemic.

This is one of the results determined by the Crescent Rating Travel Readiness Report, which is sponsored and issued annually by the financial issuer Mastercard.

The Report analyses annually travel trends primarily by the Muslim demographic. This year, however, the Report sought to look at the impact of the COVID-19 pandemic to travel plans and travel intents of various nationalities with a focus on the ASEAN region.

According to the Founder & CEO of Crescent Rating, Mr. Fazal Bahardeen, the Report primarily intends to inform stakeholders of statistical input on the impact of the pandemic while also showing frameworks that can assist them in planning strategically their responses with an eye for their own individual growth.

The Report reveals that nearly half of the Thai respondents to the report indicated a definite desire to travel, whether domestically or internationally, if existing lockdowns across the world are relaxed. Another 13% expressed positive responses, but will less certainty.

On the subject of international travel, only 7% of the respondents said they will definitely travel abroad if the opportunity arises. 25% said that they might do so.

A significant boom in domestic tourism was noted during the four-day long weekend last week commemorating the birthday of His Royal Majesty King Rama X.

One of the provinces positively impacted by domestic tourism is the province of Trat, with its three islands of Koh Kood, Koh Chang, and Koh Mak.

This turnout, the Office pointed out, is even 5% higher than the number of domestic tourists to the province in the Buddhist Lent long weekend earlier last month.

Further north, the City of Chiang Mai also saw a surge in domestic visitors for the long weekend, particularly in the Maetang Elephant Park. Among these visitors were foreigners stranded in Bangkok due to the lockdown.

Park management hopes this trend of domestic tourism will continue, and said that times have been hard with the pandemic and the lockdown on international air travel.

The government in Thailand last month released a stimulus package aimed to spur domestic travel, as a means to generate revenues for the ailing tourism industry that has been hit hard by the pandemic.

Under this package, travelers will have the opportunity to have their travel expenses subsidized by the government, including car rental fees, fare and accommodation.

While businesses see the boom in domestic tourism as a positive sign, many are of the impression that they cannot keep up without revenues from foreign tourism.

Citing foreign tourism’s huge contribution to the economy, local operators are urging the government to take steps towards reopening international travel in the near future or they will be forced to lay off workers, close their business and sell their properties to foreign investors.