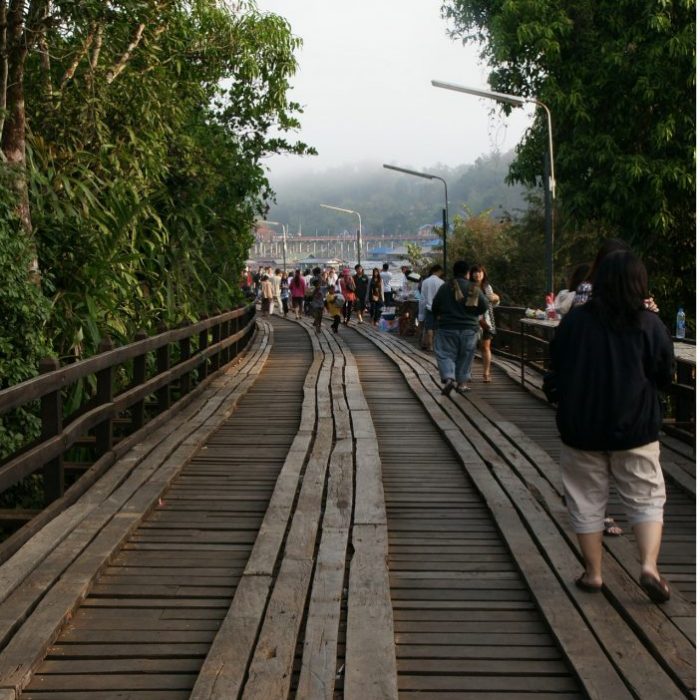 They will be facing criminal prosecution and disciplinary measures.
Photo By: Boonchai C, CC BY 3.0, via Wikimedia Commons

An investigation has found that at least 10 police officers were involved in the smuggling of migrant workers across the Thai-Myanmar border, Thailand’s top police official told reporters in a press briefing.

According to the National Police Chief, General Suwat Jangyodsuk, they conducted an initial investigation in the Sangkhlaburi District in Kanchanaburi. This investigation found that nearly 10 police officers as well as officials in the state level had either conspired to bring in foreign laborers illegally, or had turned a blind eye to the situation.

General Suwat added that they are also investigating activities in the Mae Sot district in Tak province, which also shares a border with Myanmar.

As for the officials and police officers implicated in the Sangkhlaburi investigation, General Suwat said that they will be subjected to disciplinary action and criminal prosecution.

He also said that they are launching investigations and crackdowns in the southern borders shared with Malaysia, and are actively interrogating illegal migrant workers caught in order to find out their modus operandi.

The government is currently giving focus on weeding out illegal migrant workers after it was found that majority of the infected people in Samut Sakhon were migrant workers employed in the Central Shrimp Market.

Proactive COVID-19 testing is being carried out across the nation, targeting migrant workers and factories that they work in as well as people who are considered at high risk of infection because of their employment, like taxi drivers and mall employees.

The outbreak has spread to numerous provinces in Thailand, forcing provincial governors to declare lockdowns in order to try and curb the spread of the virus.

However, some provinces have already started to relax their restrictions on businesses and activities following an improvement in their individual situations.

In Chiang Mai, Governor Charoenrit Sanguansat has reopened boxing stadiums to allow sporting events. People now also can dine in restaurants and beverage outlets, but these establishments must close at 10 pm. A liquor ban remains in place in public places.

The provincial government in Kanchanaburi has also allowed hotels and resorts to reopen, provided that they adhere to COVID-19 measures including frequent hand washing, wearing of face masks and social distancing.

Border crossings in Ban Kao as well as in The Pagodas are still closed, and will remain so until February 3.

In Chai Nat, people can now visit community markets and farmers’ markets as well as flea markets. However, vendors have to undergo COVID-19 testing and must test negative before they are allowed to reopen their stalls.

Nakhon Si Thammarat is now preparing for the reopening of schools but school administrations must make sure to enforce disease control measures to prevent the children from being infected.

Nakhon Ratchasima is also allowing mass gatherings, as long as the number of people in attendance does not exceed 300 people. Governor Wichian Chantaranothai said that event venues and organizers must come up with disease control plans before they are allowed to facilitate their events.