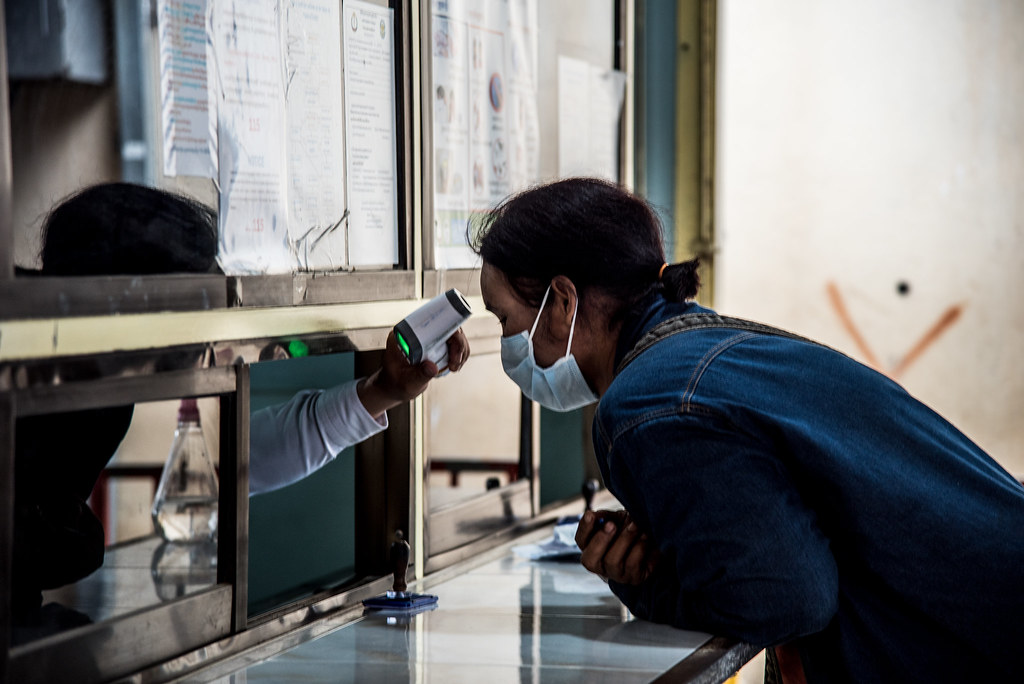 The markets remain closed until Tuesday.
Photo By: Some Rights Reserved byWHO Thailand

More and more cases of infection are uncovered by the Royal Thai government’s case finding efforts. This time, they found 124 cases of local infection in the Thanyaburi district, particularly in the Pornpat fresh product market.

The cases, which involve both Thais and migrant workers, were found through the government’s case-finding efforts in the market on three days this week – Tuesday, Thursday and Friday.

A total of 817 people underwent nasal swab tests during the case finding activity. The number of cases represents less than 20% of the total number of people tested during the time period.

Thanyaburi District Chief Pitsanu Prapatanant assured the public that the provincial communicable disease committee is fully exercising its authority in order to trace any close contacts of the infected personnel and have them tested for COVID-19.

If any of them are found positive, they will be treated and quarantined in order to prevent any further spread of the virus to other provinces, or to other places within the province.

Mr. Pitsanu called on stall operators that have multiple employees to gather them at the market to be tested for the virus. They will also need to bring their families as well. Mr. Pitsanu said that any cases that are detected are automatically sent for treatment as soon as possible.

He said that the government will not allow the market to reopen while there are possible cases in the area. It will remain closed while active case finding is going together with the Suchart wet market as well. Mr. Pitsanu said that the government needs to ensure the safety of the customers and the employees of the market as well as the businessmen.

Suchart and Pornpat were closed on Friday by orders of the provincial communicable disease after 60 cases emerged that were directly connected to the two markets.

Mr. Pitsanu said on Friday that they were conducting active case finding at the two markets in an effort to contain the second outbreak when they detected the 60 cases. A total of 272 people had undergone nasal swab testing at the time.

The markets were ordered close for five days while active case finding efforts focus on the market’s migrant workers and customers to weed out possible infections.

Migrant workers have been ordered by the government to self-quarantine inside their dormitories for the time being for 14 days.

The Center for COVID-19 Situation Administration reported on Friday that the 60 cases that were detected in Pathum Thani on Thursday involved 31 Thais and 29 Myanmar nationals.

Pathum Thani also reported four cases on Monday. One particular cases is a female migrant worker from Myanmar, aged 31. She went on vacation from January 30 until February 5th.

Before reporting back to work, on February 1, she reported symptoms and was swabbed on Saturday at the Prachathipat Hospital. Her positive test results were released on Sunday, and she was included among the report by the CCSA regarding new cases on Monday.