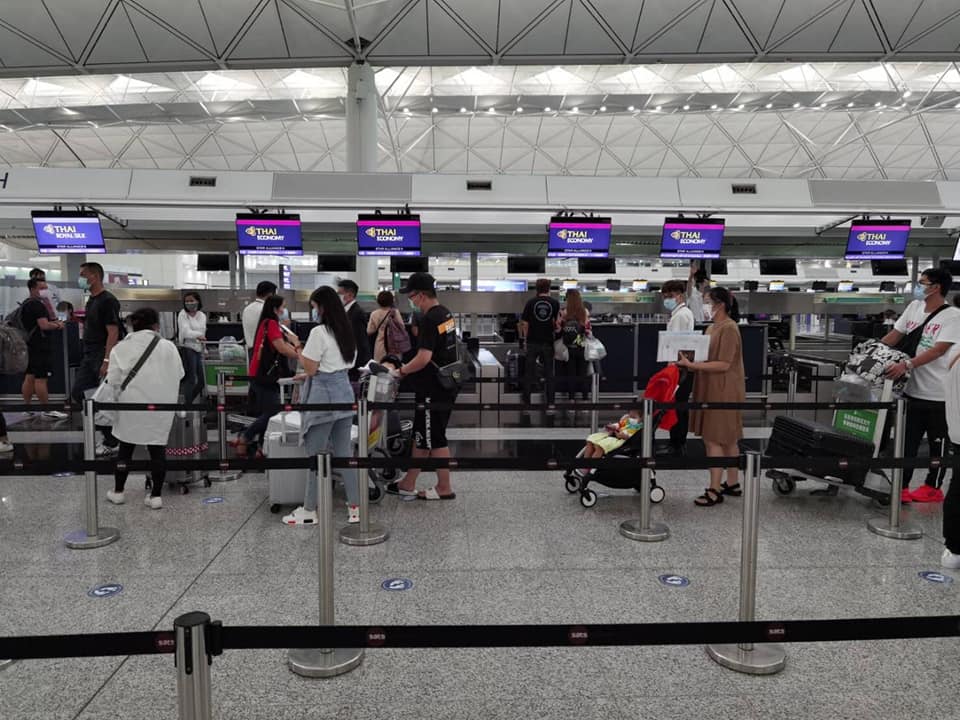 The latest flight involved 216 Thais that the carrier picked up from the Special Administrative Region of Hong Kong, in the People’s Republic of China.

The flight arrived 10:24 pm Bangkok time on Saturday. All 216 locals have been immediately tested and quarantined as part of the public health measures initiated by the Center for COVID-19 Situation Administration.

They will be under quarantine for the next 14 days. If they test negative at the end of the quarantine, they will be free to travel home to their home provinces.

The repatriation was made possible by the agreement entered into by the Foreign Ministry and the Thai consulate in Hong Kong SAR.

Thai Airways also announced last week that it is going to reinitiate flights from six countries to Thailand, and vice versa, by November 30.

Aside from Thai Airways, the Dubai-based Emirates airline also announced resumption of flight services to Bangkok from Dubai, and vice versa, beginning September 1.

These announcements come after the government’s announcement of opening Thailand again to foreign tourism by October. This is part of its drive to gradually ease restrictions and allow tourism-related businesses to start earning money again after the lockdown in April crashed the tourism-reliant economy.

Part of the “Safe and Sealed” plan of the government, the project will first reopen Phuket as a test pilot for the program. This pilot has been officially called the “Phuket Model”, with Minister Phiphat Ratchakitprakarn stating that the “Model could be applied to our provinces if things go well with Phuket.”

The government’s plan called for the quarantining of the tourists into their selected alternative state quarantine hotels for 14 days. This will be accompanied by swab testing at the start of the quarantine, and another one two days before the quarantine ends.

These are in addition to the swab testing done upon arrival at the airport.

The “Safe and Sealed” plan has been criticized by members of the private sector in Phuket. One of the criticisms is the alternative state quarantine arrangement, which some businesses stating that smaller hotels and hospitality establishments are unable to participate and earn revenues.

They also claim that the plan is not in agreement with the 4T’s of tourism that the provincial government of Phuket has recently announced as well.

While the plan has been approved by the Cabinet of Prime Minister Prayut Chan-o-cha in principle, the government is yet to announce final details on how the “Safe and Sealed” plan should progress and when it is officially taking off.

In the meantime, the government is urging local Thais to travel more and take advantage of subsidies they are entitled to under the “We Travel Together” stimulus launched in July.

Prime Minister Prayut had previously stated that it is essential that the government slowly reopen the country to foreign tourism, as it is the only way to provide assistance to COVID-hit businesses in the industry.