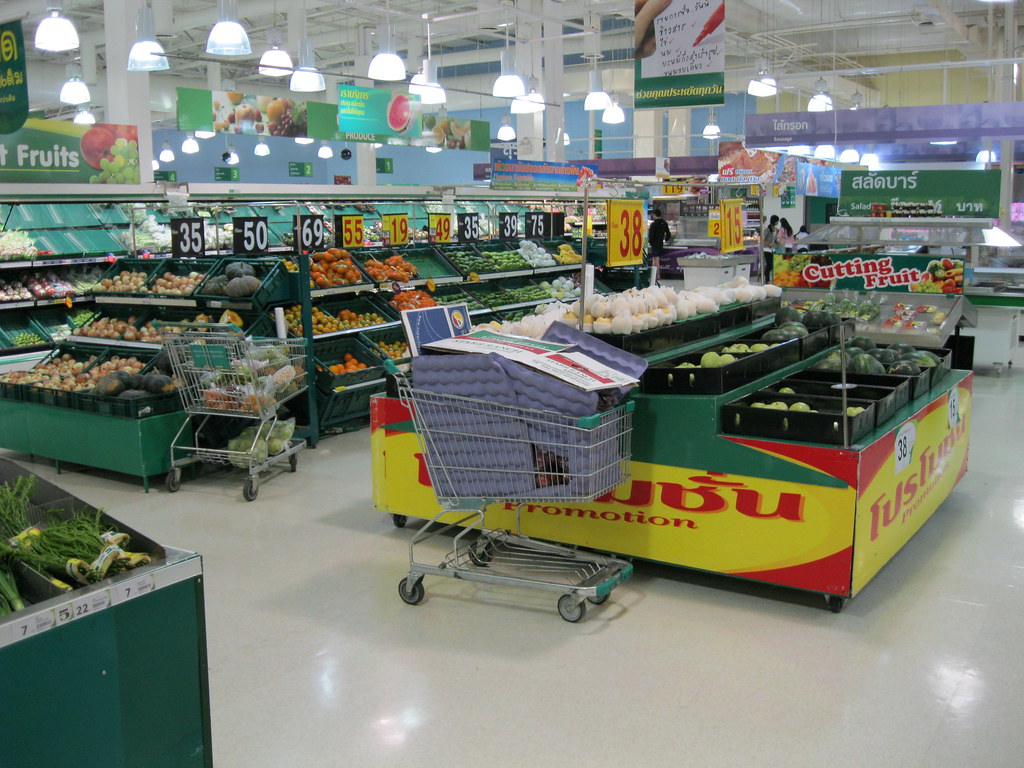 45 stores were found unfairly rising prices after they have been registered to the financial aid schemes.
Photo By: Some Rights Reserved byAJackson9

The Ministry of Commerce has banned 45 low-priced Blue Flag stores from participating in the government’s financial relief schemes after investigations have determined that they have committed breaches of the schemes’ conditions.

According deputy permanent commerce secretary Supapat Ongksangkoon, the Ministry of Commerce have found that these 45 shops had committed breaches by unlawfully raising the prices of the commodities that they’re selling, as well as not putting price tags on the items and then converting state subsidies into cash.

The proprietors of these 45 stores were immediately disqualified from participating in the Let’s Go Halves co-payment subsidy scheme, the Rao Chana financial aid package, the Section 33 We Love Each Program.

The Let’s Go Halves co-payment subsidy was first launched last year to provide locals with a means to provide for their basic necessities while still saving money at the same time. They pay 50% of the prices of items, while the government pays the other half.

The Rao Chana or “We Win” financial scheme aims to provide THB7,000 baht in two staggered disbursements to those who have been affected by the second wave of infections. This money will be released through the Pao Tang app, and must be spent on essentials as well as for transportation.

Mr. Supapat warned other retailers that are enrolled in the scheme that the Commerce Ministry is closely watching their practices. Any other breaches will be directly reported to the Ministry of Finance, which oversees the financial aid packages.

“The Commerce Ministry has instructed commerce officials in provinces nationwide to continue inspections on a daily basis,” he said.

Mr. Supapat added that there have been other complaints from consumers in many provinces, all of these involving unfair pricing and price gouging. For instance, he said, consumers in Surin Province were reportedly paying THB60 per bottle of palm oil.

The deputy permanent commerce secretary urged consumers to report any price gouging by participating outlets in their areas. They can call the 1569 hotline, or the provincial offices of the Ministry of Commerce.

Violations will be prosecuting according to Section 29 of the Prices of Goods and Services Act. The Section mandates that any merchants found guilty of said violations will be compelled to pay THB140,000 or be imprisoned for seven years, or both.

A similar scenario also plagues the “We Travel Together” domestic tourism subsidy package. Some hotels and restaurants have been found to have fabricated purchases and reservations in order to receive subsidies from the government.

Police officials are currently investigating more establishments that have allegedly committed fraud in their participation in the domestic tourism stimulus package.