Thailand is the 4th Most Popular Travel Destination for Chinese Tourists. 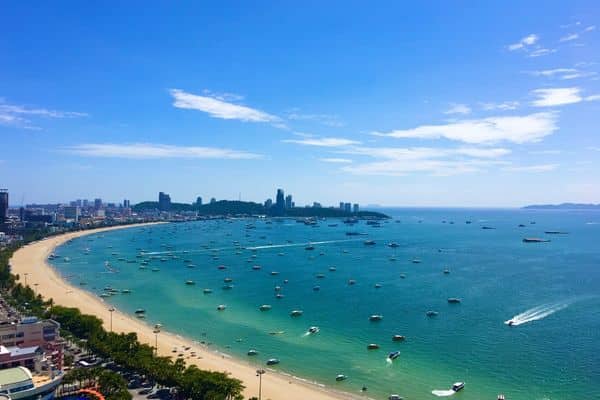 Finally, Chinese travelers are returning to Thailand. This month, the number of international flights departing from China has grown by 200% compared to the previous month. Thailand is the 4th most popular overseas destination for mainland Chinese travelers, according to the civil aviation data firm, Variflight.

The frontrunner was South Korea, followed by Japan and the United States in third place. France is the sixth most popular travel destination for Chinese tourists after Thailand.

In 2019, Chinese travelers were one-quarter of Thailand’s foreign arrivals and generate income for the country’s tourism economy. According to the spokesperson, the current surge of Chinese travelers is only projected to continue until the end of the year, which will be very beneficial for Thailand’s tourism sector.

Arrivals to Thailand via air, sea, and land reached 1.05 million in July, an increase of 118% compared to the monthly average of 482,719 from January to June. The aviation and tourism industries are showing positive economic recovery.

Even though flights out of China have soared by 200% since last month, Chinese arrivals in Thailand have yet to reach pre-pandemic arrival numbers.

During the 1st and 2nd quarters of 2022, when Chinese travelers were almost nonexistent, the Thai government sought Indian tourists to cover the absence of Chinese arrivals. In March, an “air travel bubble” was established between Thailand and India to promote tourism between 2 countries.

A boat noodle vendor in Pattaya said last week that she had seen Chinese visitors in the market lately but that they often came as families rather than in tour groups, which were common among Chinese visitors before the COVID-19 pandemic.

According to the noodle vendor, Chinese travelers spend more money than Indian and Vietnamese travelers. Thus the government should attempt to attract them back to the Land of Smiles.