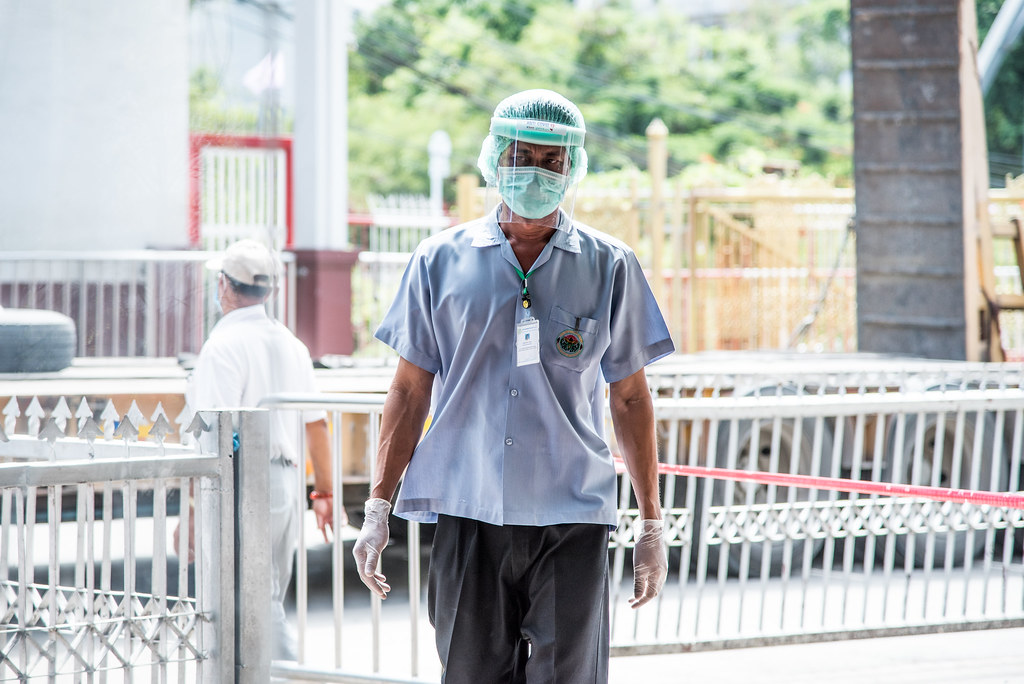 71 cases were instances of local infection.
Photo By: Some Rights Reserved byWho Thailand

The Kingdom has seen 93 new cases of infection of COVID-19 for Wednesday, all of which were reported in the past 24 hours. With these additions, Thailand now has 25,692 cases overall since the start of the pandemic in March last year.

According to the Center for COVID-19 Situation and Administration, 71 of the cases were local infections while 22 were imported.

Among the local infections, 59 were found and reported by hospitals, while 12 cases were detected through active case finding in communities.

Samut Sakhon, the epicenter of the second outbreak that started in December, made up 79% of the total number of cases for today. It saw 51 cases reported by hospitals, while five cases were reported community case finding.

The hospital cases were made up of 13 Myanmar nationals, one Lao and 37 locals. All the cases in communities involved locals.

On the other hand, Pathum Thani found seven new cases in communities, of which three were locals and three were Myanmar nationals. One local has been admitted to a hospital due to COVID-19 infection.

Ayutthaya also reported five new cases, all of which are in hospitals, and all involving local Thais.

Bangkok, after reporting no new case yesterday, now has two new cases. These cases were found at hospitals, and all involved Thai nationals.

Nonthaburi did not report any infection involving locals, but it reported one case involving a Myanmar national that was detected through active case finding.

As for the imported cases, 4 came from Japan, and 1 each from Iran, Bahrain, Germany, Kuwait, Pakistan, and Uganda. There were 12 cases coming from the United Arab Emirates that were Thai returnees, all women.

Out of Thailand’s 24,542 cases in total, 95.5% have resulted in recoveries. 96 patients had recovered and were released from the hospital in the past 24 hours, while 1,067 patients are still under treatment. No new deaths have been reported, which means the death toll remains at 83.

200,000 doses of the Sinovac vaccine from China have finally arrived this morning at the Suvarnabhumi Airport aboard a Thai Airways International aircraft. The vaccines were loaded in Beijing and arrived in Thailand at 10:05 am.

Prime Minister Prayut Chan-o-cha was at hand to receive the vaccines, together with other high-level officials.

Gen. Prayut described the arrival of the vaccines as “historic” and assured the people that, barring any unforeseen problems, the next batches of vaccines will arrive as scheduled.

We will have enough vaccine to develop herd immunity,” the Prime Minister said.

Thailand is set to receive another batch of 800,00 doses next month, and 1 million doses in April. This marks the first phase of the vaccination, which will consume 2 million doses in total.

Prime Minister Prayut said that the public health officials will be in charge of determining the first recipients of the vaccine.