Alcohol Association Warns of Losses Due to Lockdown 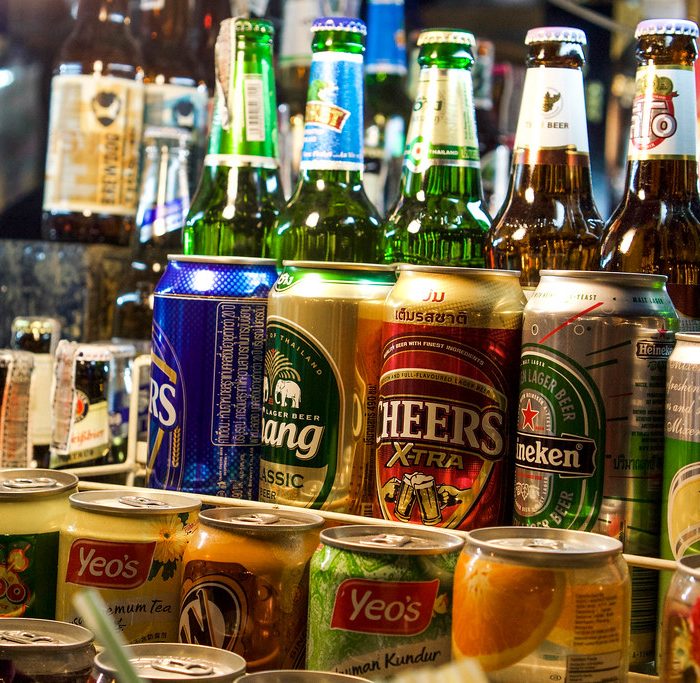 The industry could lose up to THB70 billion in value.
Photo By: Some Rights Reserved bykzoop

An association of alcohol-based businesses in Thailand are airing warnings of significant losses for their industry should the current restrictions and closures on entertainment centers like pubs and bars continue into the long term.

The government has announced on Monday a set of restrictions that will govern the five “maximum control” zones or the areas which have reported the highest number of cases in the current second outbreak.

One of these restrictions include the closure of pubs, bars and karaoke establishments – all of which serve alcohol as part of their services to their patrons. Eateries, which also serve alcohol, are now restricted to serving only food to 50% of their current capacities.

In addition, a ban on the online sales of alcohol was already put in place in early December, two weeks before the outbreak in Samut Sakhon started.

According to the Thai Alcohol Beverage Business Association, the ongoing restrictions on the serving of alcohol will have a definite impact on the lives of roughly a million people who rely on the alcohol and toabacco industry for employment.

Thanakorn Kuptajit of the TABBA said that their industry could see losses for a total of THB70 billion as a result of the prolonged implementation of the restrictions and measures against alcohol.

According to Mr. Thanakorn, the alcohol industry could contract in value, from THB370 billion to THB300 billion only if the government continues with its ban on alcohol consumption in the maximum control zones.

The Association also added that the measures are “hurt[ing] many small business” who are already struggling to survive due to the protracted effects of the pandemic.

Businesses have already been struggling since 2020 due to the lack of tourism, the TABBA pointed out.

Mr. Kuptajit said that the government should instead consider lifting the online ban on alcohol sales that it imposed on December 7.

“If the ban on drinking alcohol at restaurants could not be lifted or if entertainment venues needed to stay closed that the government should consider a temporary relief on a law passed December 7, 2020, that banned online sales of alcohol in Thailand,” he urged.

Mr. Kuptajit also said that the alcohol industry, particularly small businesses, should be allowed to provide takeaway service on alcohol products. He assured the government that participants are all ready to comply with mandated prices, like assessing identification and making sure that buyers are of legal age before they are served any form of alcohol.

The government has not yet made any response to the TABBA’s concerns.

In other news, the Ministry of Public Health expressed confidence that the second wave of the coronavirus, which started in Samut Sakhon, is showing signs of slowing down by the end of this month.

“We have seen no new cases in seven days in 20 provinces, which is very good and a positive sign,” said Dr Opas Kankawinpong, director-general of the Disease Control Department.

If results continue to be positive, he said, the country will see an “obvious decrease” in daily cases by the end of January.