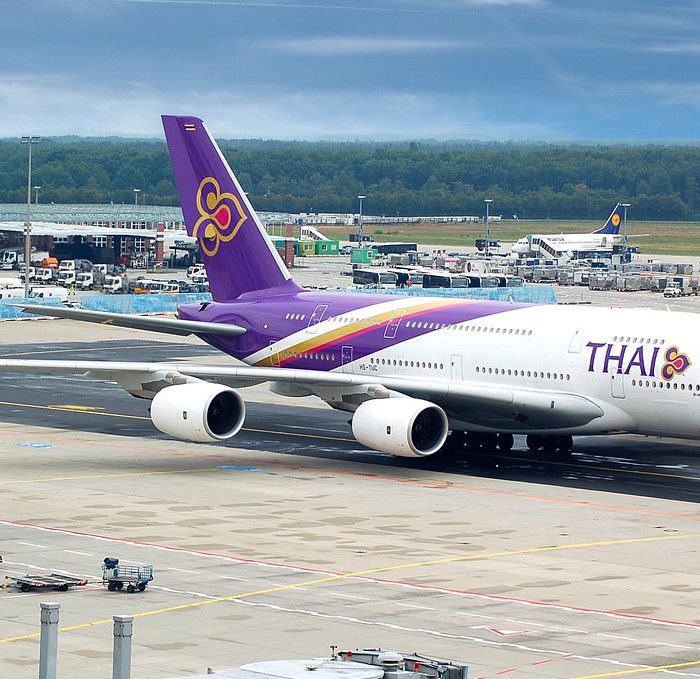 Starting tomorrow, passengers on international airlines will now be allowed to disembark from their planes in Thailand in order to transfer to another flight outbound, which was previously disallowed because of the government’s disease control measures in response to the pandemic.

The Civil Aviation Authority of Thailand made these announcements Saturday afternoon in a statement which it also announced the easing of restrictions imposed on domestic flights.

According to the CAAT, the easing has been coordinated with and approved by the Center for COVID-19 Situation Administration on Monday. In that weekly meeting, the CCSA had agreed to the easing of some disease control and public health measures.

According to Transport Minister Saksayam Chidchob, the CAAT has begun allowing domestic flights to serve food and beverages to their passengers. This easing became effective beginning Thursday.

However, basic disease control measures remain like the wearing of face masks throughout the flight. Passengers and flight attendants are only allowed to remove their face masks only when eating or drinking.

The food and beverage services were discontinued beginning December 30. The decision was part of the government’s efforts to contain the second outbreak of the COVID-19, which raged from December 15 after a number of people were infected after visiting the Samut Sakhon Central Shrimp Market.

From December until early this month, Thailand had reported cases in three digits every day. Most of these cases were found through active case finding in Samut Sakhon and other provinces to which the infection had spread out.

In the previous week, however, daily cases in Samut Sakhon started to go down to two digits. Samut Sakhon provincial authorities have attributed this to the success of their disease control measures in the high-risk areas of the province.

The Central Shrimp Market, for instance, has been shut down and had served as a field hospital for migrant workers that the government found as infected through its active case finding.

As of Friday, Thailand has a total of 25,809 cases. Only 45 new cases were found for that day, 37 of which were cases of local transmission. Only eight cases were reported from arrivals coming in from abroad.

32 of the locally transmitted cases were reported by hospitals, while only 5 were discovered through active case finding.

Thailand continues to maintain a 96.6% recovery rate, with 24,952 cases resulting in discharges from the hospital. 774 patients are still undergoing treatment for their COVID-19 infection.

Thailand is set to begin its immunization program, with vaccines from AstraZeneca and Sinovac that arrived on Wednesday.

Public Health Minister Anutin Charnvirakul said that the Sinovac vaccines have already passed quality tests designed and carried out by the Department of Medical Sciences. They will then be distributed to state hospitals as part of the vaccination program.