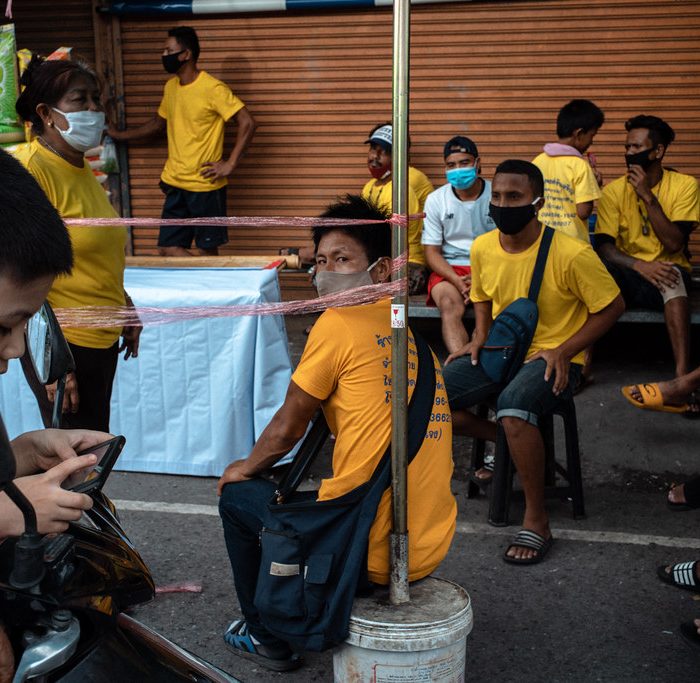 Non-performing loans made up 3.12% of total lending in 2020.
Photo By: Some Rights Reserved bySakulchai Sikitikul

The Bank of Thailand expects the amount of non-performing loans in commercial banks to continue rising as a result of the second wave of outbreaks in the Kingdom.

However, BoT senior official Suwannee Jatsadasak said that commercial banks should be able to manage their loans well without any ill effects on the economy. He assured reporters that the banking system in Thailand remains stable and liquid.

Ms. Suwannee said that cumulative non-performing loans (NPLs) rose to about 3.12% of the total amount borrowed by debtors at the end of last year. This is higher than the percentage recorded at the end of 2019 before the pandemic, which was at 2.98%.

She explained the rise as caused by the addition of debtors who are badly hit by the pandemic being extended loans by commercial banks.

The BoT official also said loans that carry high credit risk grew to 6.62% of total lending in 2020. This is a significant jump from what was observed in 2019, when these loans comprised only 2.79% of total lending.

Ms. Suwannee said that these loans are what the BoT are keeping a close eye on.

“That’s what we have to monitor. If banks continue to help them, they won’t become NPLs. If not, they might,” she added.

Ms. Suwannee said that most of the amount extended as loans in 2020 were given to businesses and proprietors operating in the tourism sector, which is the hardest-hit industry by the pandemic. A total of about THB400 billion in loans was extended to the tourism sector last year.

She added that Thai debts that were incurred as a result of financial relief programs have reached a total of about THB4.84 trillion at the end of December. This represents 28.8% of total lending, which itself is a reduction from the THB7.2 trillion that was borrowed by the end of July last year.

Business loans made up the bulk of commercial banks’ lending in 2020. This led to an increase in lending by 5.1%, largely as a result of the COVID-19 pandemic. In 2019, banks only increased their lending to 2%.

Commercial banks are expected to continue extending loans to people this year, as the country continues to be gripped by the second wave of infections that broke out late December last year.

Ms. Suwannee said that the BoT has been given approval to extend about THB126 billion in soft loans to small businesses as of February 8.

This is part of the THB500 billion soft loan program of the central bank, which in turn is a component of the THB1.9 trillion loan package the government has set aside for financial assistance in the wake of the pandemic.

The Center for COVID-19 Situation Administration reported on Monday 89 new COVID-19 cases, 73 of which were cases of local transmission. 16 cases were reported from arrivals from abroad.

The CCSA revealed that only 14 local cases as of Monday were found through active case finding. The remaining 59 cases were reported by hospitals.