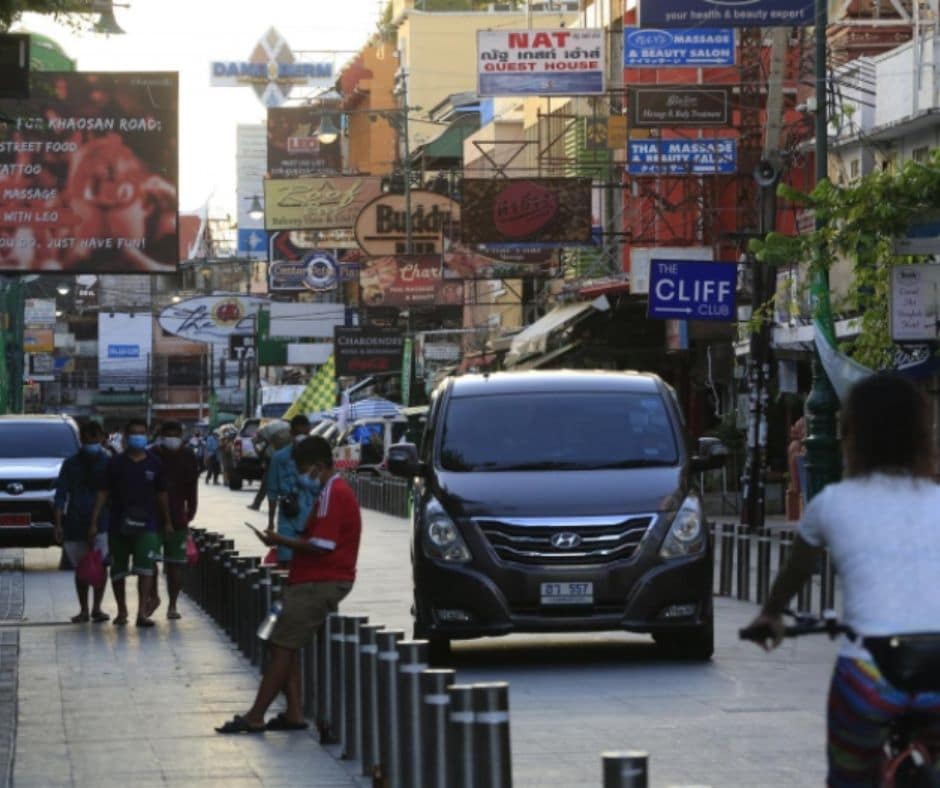 Khao San Road, a known tourist destination in Bangkok, has experienced an increase in local travelers following the CCSA's relaxation of lockdown regulations.

The reopening of Thailand’s capital Bangkok rescheduled to October 15.

Since most of the locals are still waiting for their second dose, Thailand’s capital scheduled reopening to vaccinated foreign tourists will be moved by 2 weeks.  Tourism and sports minister Phiphat Ratchakitprakarn told reports that it is best for Bangkok to postpone its reopening from October 1 to October 15 since officials expect that they inoculate 70% of its people by then.

Approximately 37% of residents have been completely vaccinated, and 33% have completed the 8-12 week period after their initial AstraZeneca jab.

The updated plan was presented yesterday during a meeting between the tourism minister and Governor Aswin Kwanmuang discussing the preparedness of Bangkok, which is expected to serve as the gateway for tourism.

According to Mr. Phiphat, the Tourism Authority of Thailand and the tourism ministry had suggested opening 21 districts. However, the Bangkok governor mentioned that the city should wait until everything is set to participate in the program due to the potential inconvenience for tourists who may have to travel across districts.

Mr. Phiphat said that since visitors often visit Bangkok as their first stop before moving on to other regions, the quarantine-free entrance via Bangkok would benefit the whole country. Tourists will be allowed to remain in the capital city for just seven days under the 7+7 extension plan, which will be implemented simultaneously. They will then select another 8 provinces from the reopening scheme as their second option.

Phuket and Koh Samui are the first 2 destinations for its sandbox scheme. Pattaya, Chiang Mai, Hua Hin, and Cha-am on the horizon. Krabi and Phang Nga have been added to the expansion program, while Bangkok, Pattaya, and Chiang Mai are in the works.

Suppose the Public Health Ministry shortens the quarantine period from 14 days to 7 soon, visitors participating in any sandbox program will be able to go anywhere in Thailand as early as day 8 of their stay.

Meanwhile, returning Thai locals abroad and returning home must comply with the exact entry requirements as foreigners since the Certificate of Entry still demands them to provide proof of SHA Plus hotel reservations in advance.

Mr. Phiphat stated that they would propose reopening 5 areas, Bangkok included, to the CCSA subcommittee.

The standard guidelines for all regions should be finalized on or before September 30 to begin accepting tourists by October.

We will not only open our doors to foreign tourists starting October 15, but we will also launch local stimulus programs to encourage local spending simultaneously, Mr. Phiphat said.

He said that the idea is in accordance with relaxing travel restrictions that should be implemented starting on October 15.