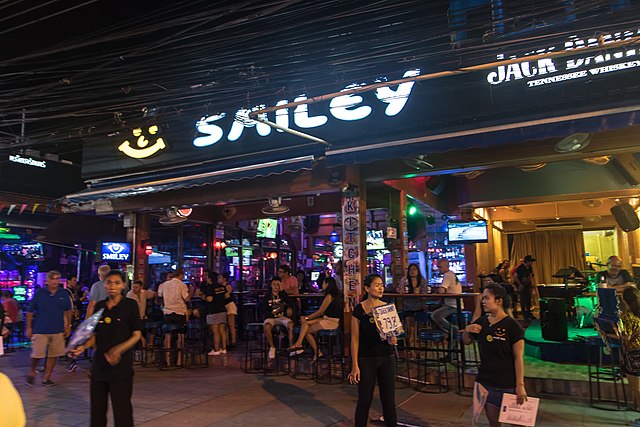 The Bank of Thailand is introducing digital loans and platforms in a bid to better help SMEs and subprime borrowers.
Photo By: Максим Улитин / CC BY

As the pandemic rages, both private individuals and small-to-medium enterprises (SMEs) have been struggling to find financial assistance due to the stringent regulations and criteria in traditional financial institutions like banks.

To better address the situation, the Bank of Thailand – the Kingdom’s central bank – has introduced several digital innovations that will help ease the difficulties of SMEs as well as private individuals who will not normally be qualified to seek out loans due to lack of credit information.

Earlier last week, the BoT launched a new set of regulations that will govern personal loan applications in financial apps. The Bank stated that these regulations will allow consumers to apply for personal loans more easily even if they don’t have a significant credit score.

Through a circular released on September 15, the BoT instructed business operators offering to extend digital loans to consumers to incorporate alternative data when assessing each applicant’s eligibility for the financial services they offer.

This means that, aside from checking the applicant’s credit information, digital loan providers will be compelled to include in their assessment the individual’s income, patterns of behavior in online shopping, and their capability to pay their utility bills on time.

With alternative data, BoT Governor Veerathai Santiprabhob said, lenders will be able to gauge each individual applicant’s ability to repay the loan they are applying for more accurately.

Providers, the BoT circular said, must also be able to provide digital platforms for debt repayment and information disclosure.

Governor Veerathai said that the digital loans are essential in order to allow people, “particularly those who do not have fixed salaries, cannot provide proof of income and have no asset-backed collateral,” to build a credit record sufficient enough to qualify for loans in the traditional sense.

For businesses, the BoT governor said, digitalization will allow them to cut operational costs as well as grow their income by increasing their client base.

Digital loans extend as much as THB20,000 for each individual debtor, which they can use for whatever purpose they have for the money. They can be repaid for terms as long as six months, with interest rates limited to a ceiling of 25% per annum.

Speaking during the “Bangkok Fintech Fair 2020: Digital Transformation for the New Normal” webinar, Governor Veerathai touted digital loans as key to helping SME proprietors and private individuals to survive financially in the pandemic.

During the event, Governor Veerathai also revealed that the BoT will be continuing its efforts in digitalization, with a focus on adopting the ISO 20022 standard for digital payments.

Aimed towards boosting the back-office systems of business operators, the BoT chief said that migration to the standard is expected to be completed within the next 18 months.

The BoT on Friday also revealed that it has successfully implemented blockchain technology in offering THB50 billion worth of bonds.

Blockchain technology is based on a peer-to-peer network, which confirms each digital transaction using nodes representing individual processors lending power to the network. Blockchain is widely used in cryptocurrency transactions, providing a decentralized platform for digital payments.