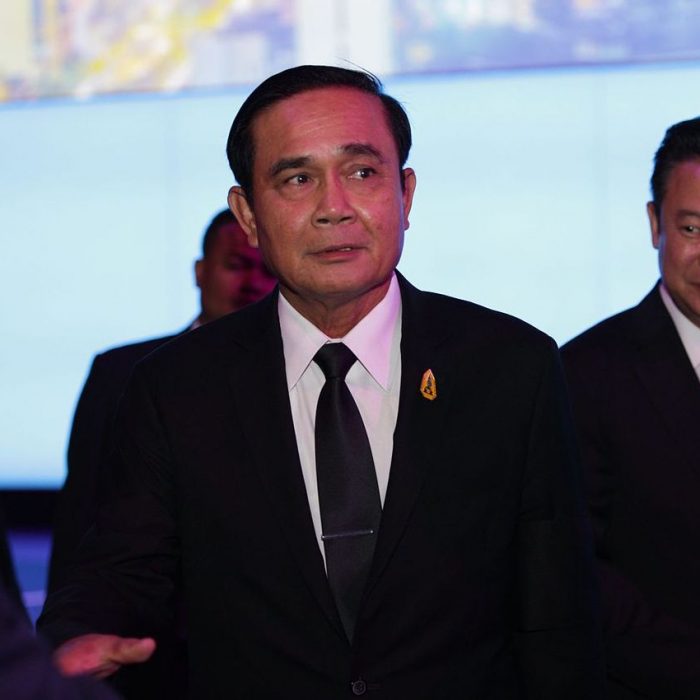 The Thai government has established a new center assigned specifically to manage the economy’s rehabilitation from the effects of the COVID-19 pandemic. It will be managed directly by the Prime Minister himself, Gen. Prayut Chan-o-cha.
Photo By: World Travel & Tourism Council / CC BY

The Thai government has established a new center assigned specifically to manage the economy’s rehabilitation from the effects of the COVID-19 pandemic.

It will be managed directly by the Prime Minister himself, Gen. Prayut Chan-o-cha. The center will function similarly to the Centre for COVID-19 Situation Administration or CCSA.

As for its composition, the new centre will be chaired by representatives of all ministers with economic capacity, including the Finance Ministry, as well as the Interior and Labour Ministries, and the Bank of Thailand.

Three representatives of the private sector will also be on board the new centre.

Next to the Prime Minister, the centre will also be headed by the National Economic and Social Development  Council secretary general. The secretary-general will function as its secretary.

According to the government’s deputy spokesperson Rachada Dhnadirek, the new centre will oversee all efforts aimed towards economic rehabilitation. One of its first tasks is to establish a committee that will take charge of managing the country’s ailing economy, which is hampered by the lack of foreign tourism as the ban of international flights remain in force.

This committee will be chaired by the former Transport Minister, Pailin Chuchotthaworn.

Since April, the government had already taken steps to stimulate the economy and drive revenues from domestic sources, while foreign tourism and exports are still affected by the travel ban.

One of its first moves is to borrow a total of THB1 trillion, which Prime Minister Prayut’s cabinet approved in April.

60% or THB600 billion has been earmarked as a budget for rendering financial aid to people and business entities that have been negatively affected by the lockdown, which has been implemented in response to the pandemic in March.

THB550 of this budget went to financial assistance packages for individual Thais, and the remaining THB50 million for healthcare-related concerns.

The remaining 40% or THB400 billion of the total package is allocated towards economic rehabilitation projects. This will include building new infrastructure and other projects that can help create jobs for affected people.

Three projects have already been greenlit under this budget for a total of THB1.11 billion, while a further 11.8 billion will go to long-term and medium-term fixes for drought and flooding.

In June 2020, the government also approved two stimulus packages worth a total of THB22.4 billion to encourage domestic spending on tourism.

One of the packages, dubbed as “We Travel Together,” allows locals to subsidize their travel expenses, like flights, car rentals, bus fares, food and accommodation.

The second package, called “Moral Support,” provides the same perks for the country’s medical frontliners and volunteers as a means to thank them for their efforts at containing the COVID-19 virus.

These subsidies are available to the public until October of this year.

These stimulus packages are directly responsible for the boom in domestic tourism experienced last month during the four-day long weekend commemorating His Majesty’s birthday.

However, revenues continue to be low without foreign tourism, which Prime Minister Prayut has acknowledged as the two “major contributors” to Thailand’s economy.