Cases Continue to Rise With 250 New Cases on Tuesday 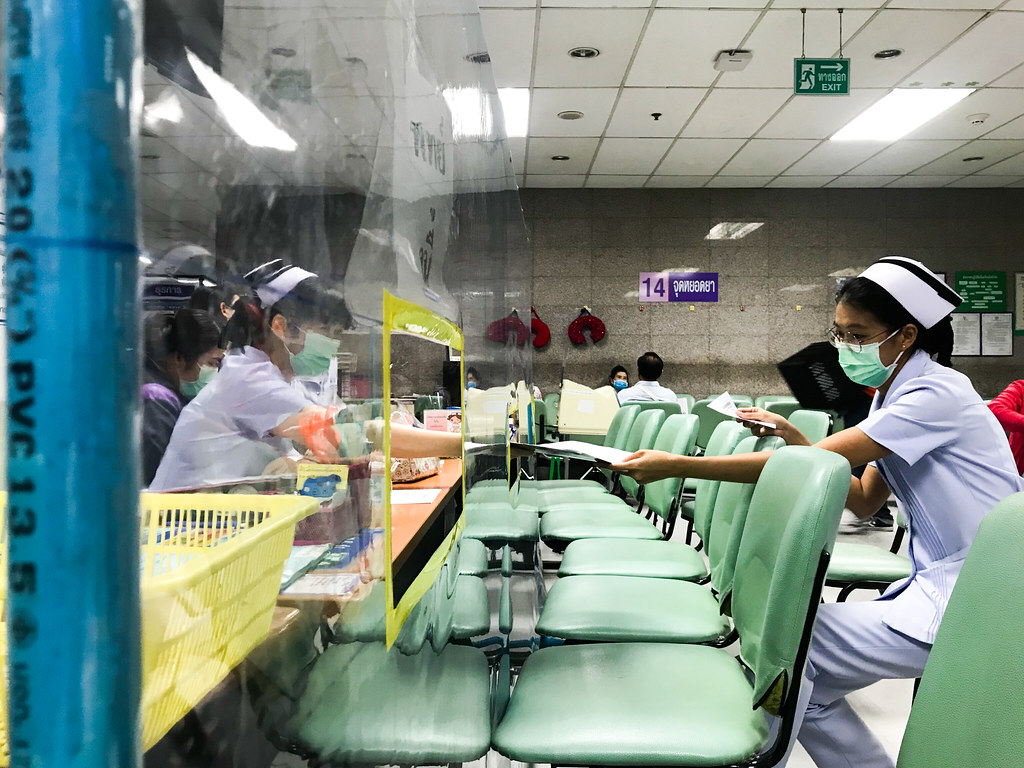 Bangkok accounts for 156 new cases in the daily total.
Photo By: Some Rights Reserved byILO in Asia and the Pacific

Thailand’s total number of accumulated cases has reached 29,571. This is due to the addition of 250 new cases detected just in the past 24 hours. No new death has been reported, keeping the death toll at 95.

According to the Department of Disease Control, 245 of the cases were of local transmission while only five were detected among arrivals from abroad.

The DDC also provided the breakdown of cases, as follows. 155 new cases were found through active case finding while 90 cases were reported by hospitals in various provinces in the country.

The 155 cases discovered through testing came from the following provinces:

As for the 90 cases in hospitals, they were reported in the following provinces:

The breakdown shows that Bangkok, the capital, accounts for two-thirds of the daily total. Cases in hospitals in Bangkok involved 32 locals, 2 Japanese nationals, and 1 case each involving foreigners from Myanmar, Germany and Laos.

So far, only two of the 119 cases found through community testing are confirmed to be locals. The other cases are still under investigation.

On the other hand, 19 locals and one Cambodian national tested positive for COVID-19 in Samut Prakan. Chon Buri also saw 14 locals and 4 Japanese nationals identified as infected by the COVID-19.

In Narathiwat, 23 locals were found to be positive for COVID-19 together with seven Vietnamese nationals.

As for quarantined arrivals, one each came from the Czech Republic, Madagascar, Pakistan, Turkey and the United Arab Emirates.

Due to the sudden rise in cases in the capital, authorities in Bangkok have ordered entertainment venues in three districts to be closed for 14 days. This was authorized by city governor Aswin Kwanmuang on Monday.

According to the Bangkok Post, the three districts are Klong Thoey, Watthana  and Bang Khae. They will be closed beginning today until April 19. The closure will allow the government to both control the spread of the virus, and to monitor whether or not the cases have spread to other districts.

When asked what will happen if clusters are detected in other districts, Governor Aswin said that they will be ordered closed as well.

Governor Aswin said that 196 entertainment venues in the three districts are affected by the closure.

To augment the new closures, the Public Health Ministry announced that it is considering restrictions on eateries and entertainment venues in the capital and nearby provinces to prevent a possible super spreader during the Songkran holiday next week.

Alcohol sales will once again be banned, and entertainment venues will be compelled to close earlier than normal. They will now close at 9 pm instead of 11 pm.