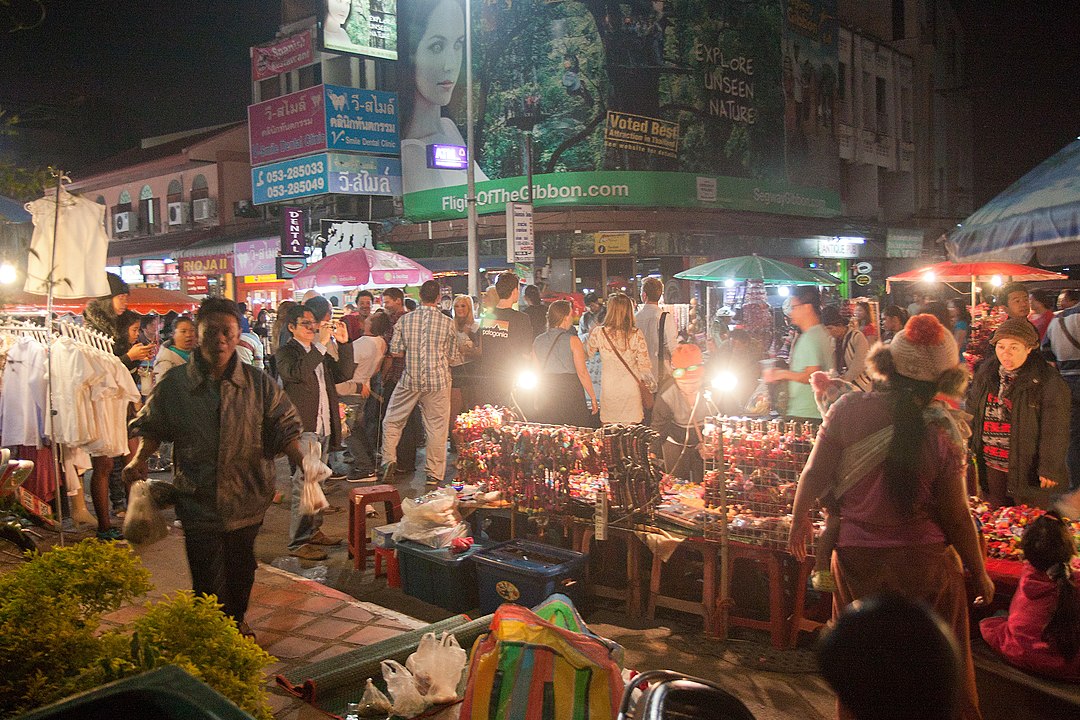 While vendors acknowledged the recent spike in cases have scared off buyers, they are now reporting good news – human traffic is coming back again to the markets and vendors are earning money once again from small item sales.

Chiang Mai is one of the provinces to record new COVID-19 cases in rapid succession. Like its neighbors Chiang Rai and Phayao, these cases resulted from more than 30 illegal returnees from Tachilek in Myanmar who got infected by COVID-19 while working at an entertainment venue in the border town.

The returnees were able to avoid quarantine at the border points by bypassing official checkpoints, choosing instead to cross at natural border passes and other venues that were open to them at the time.

However, each of these returnees experienced symptoms and voluntarily submitted themselves to quarantine and COVID-19 testing. They eventually tested positive, at different points in the past three weeks.

This resulted to panic in different places in the border provinces. Festival attendees dropped in Chiang Rai, while several towns experienced mass cancellations of hotel accommodations immediately after the announcement of the new cases.

However, in Chiang Mai, it appears that consumer confidence has returned and buyers are returning to markets as usual.

One food vendor in Chiang Mai said that her sales went down by as much 80% immediately after the news on the cases dropped, but her customers and patrons have started returning recently. This has helped her recover by 30% to 40% of her revenues.

Deputy Minister of Public Health Satit Pitutacha was in Chiang Mai today in an effort to restore confidence in the province and to reassure the public that they are safe in Chiang Mai and other border provinces despite the rise of new COVID-19 cases in the region.

He visited Siri Watthana Market, where he distributed face masks to vendors and consumers alike who were visiting the market as well.

To ensure the general public’s safety, all who enter the Siri Watthana Market are obliged to wear face masks or they will be denied entry.

In related news, Disease Control Department Director Opas Karnkawinpong says that they have recorded a total of 49 cases all linked to the illegal returnees from the border town of Tachilek in Myanmar. These cases, he said, are spread out across 7 provinces.

Dr. Opas said that they have conducted contact tracing and identified 6,000 people that came into contact at one point or another with the 49 illegal returnees. All have been tested for COVID-19, and, so far, only two contacts have been found positive for the coronavirus from their contact with the said returnees.

He then said that the situation is under control, but it is still the responsibility of individuals to keep themselves safe by following established public health and safety protocols.

All COVID-19 cases involving returnees from Tachilek in Myanmar have been linked to the 1G1-7 Hotel and its entertainment complex. The establishment employs around 180 Thais, which the government is still working to repatriate through official border passes.