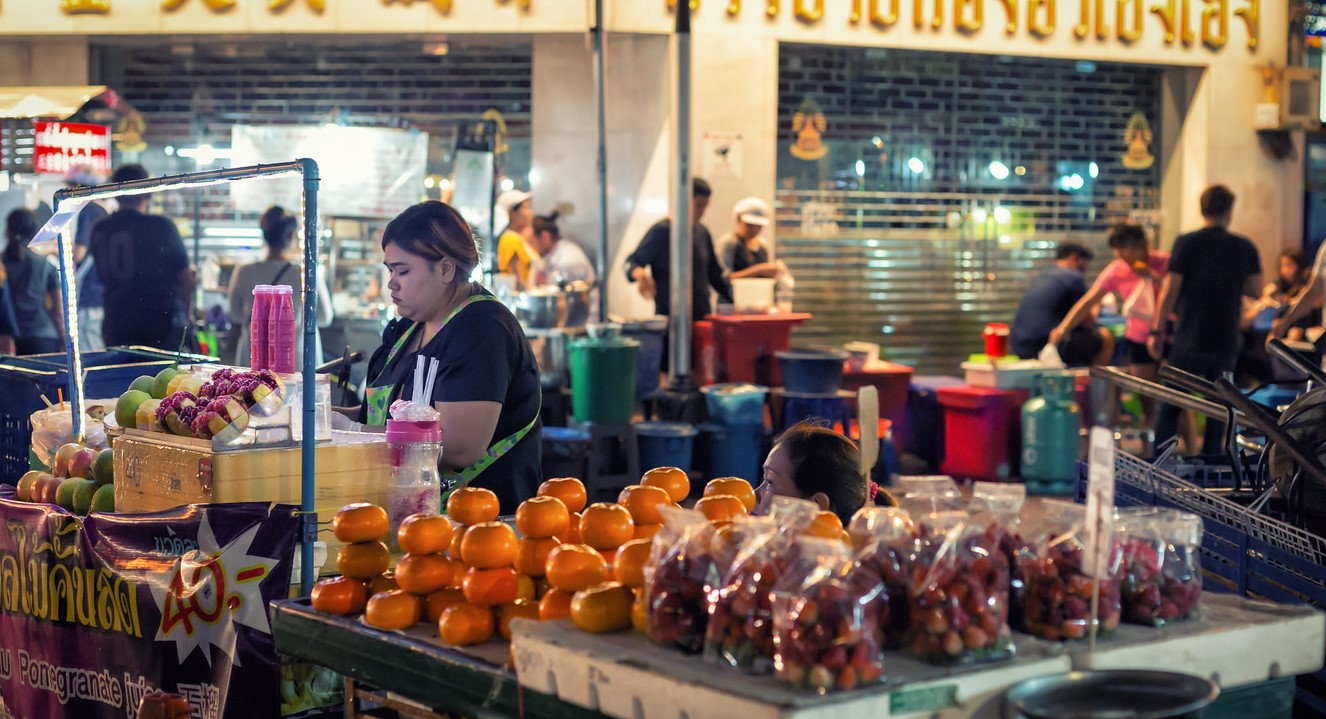 An additional 1 million vendors are expected to register for the second phase.
Photo By: Some Rights Reserved bygunman47

The government’s highly successful co-payment scheme for general purchases will begin its second phase by the second of January next year. The second part of the scheme is expected to bring the opportunities to more vendors, who are expected to add 1 million to their number by the start of registration.

The second phase was first hinted at by Finance Minister Arkhom Termpittayapaisith during a public engagement, but this time this is confirmed by none other than the spokesperson for the government Anucha Burapachaisri.

According to Mr. Anucha, Prime Minister Prayut Chan-o-cha himself confirmed that the 50-50 copayment scheme, which the public has gone on to dub as “Let’s Go Halves,” will continue with the launch of the second phase next year.

Finance Minister Arkhom had cited the stimulus campaign as very successful, and that the government will be extending it due to the positive feedback from the participating public.

Two other campaigns Mr. Arkhom cited as well were the “We Travel Together” travel benefits and the THB5,000 direct cash handouts facilitated during the start of the lockdown.

Previous news articles have indicated that many vendors enjoyed a rise in income in small-item sales as a result of the stimulus campaign. Street vendors in Phuket have reportedly gained an increase in sales of up to 50%, provincial officials say.

Mr. Anucha added that the campaign has successfully helped locals in cutting down their costs of living, as they only have to pay for 50% of the price of the general items that they are looking to purchase. The remaining 50% is guaranteed and paid for by the government.

With the discounts, locals now have more money that they could either use for other expenses or save up for a rainy day.

Statistics point to the effectiveness of the campaign. Data shows that there are upwards of 28 billion gross transactions undertaken by registrants who are taking advantage of the 50% discounts to purchase essential goods.

These data is provided by digital wallet applications like Pao Tang, which participants are using to receive the daily funds and to facilitate cashless transactions with vendors, who number about 850,000 in the campaign.

Mr. Anucha said that the government has been learning a lot about financial technologies and digital wallet software as the co-payment scheme proceeds further.

The government is also partnering with a private financial institution in order to develop an online platform for online shopping, in a bid to digitalize and promote cashless transactions. The app, which the government has described as similar to Shopee and Lazada, will reportedly be more niche-oriented than the two more global e-commerce platforms.

The government is inviting members of the Thai Chamber of Commerce to participate and sell their items on the platform, which is currently in development with no launch date yet announced.