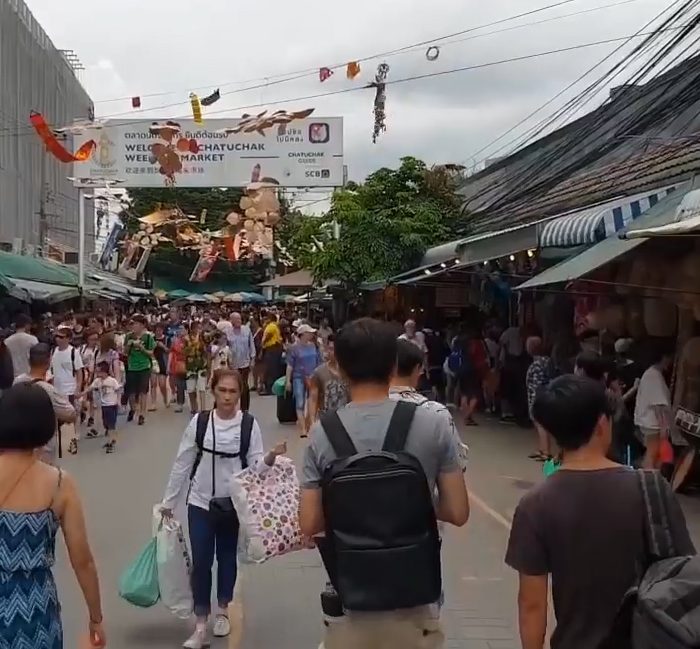 Locals should travel more to help the economy while reopening to foreign tourism is still on the table, Mr. Traisulee Traisoranakul urged.

The government is still mulling over the specific measures and protocols to be undertaken when the planned “Phuket Model” comes in full swing.

According to deputy spokesperson for the government, Ms. Traisulee Traisoranakul, the Phuket Model is still being discussed in detail but nothing has been finalized so far. The government is still finalizing details like receiving methods, testing systems and categorizing tourists.

While foreign tourism continues to be discussed in all level of government, Ms. Traisulee is urging locals, for the meantime, to travel more and take advantage of the stimulus package in order to help local businesses earn their income.

The Phuket Model is supposedly the first phase of reopening to foreign tourism under the “Safe and Sealed” plan of the Tourism and Sports Ministry. It will focus on welcoming a select group of tourists to the island of Phuket.

They might even be allowed to tour more places in Thailand after undertaking a second, but shorter, 7-day quarantine in Phuket.

Following the announcement of the Phuket Model, Phuket’s provincial government announced its readiness by publishing the 5T’s of foreign tourism.

This was followed up by Thai Airways’ announcement that it will begin operating flights to Phuket from England, South Korea, Germany, Hong Kong and Denmark by end of November.

However, Ms. Traisulee said that it will “take quite some time” until the government can confirm that foreign tourists will indeed once again be welcomed into Phuket.

She also said that the government wants to take a careful approach in order to make sure that foreign tourists will not pose a risk for a second outbreak of the COVID-19 in Thailand.

Thailand has slowly reopened itself to international travel starting in July. More than 3,000 international flights have entered Thailand in that month alone, bringing with them foreigners that have received permission to travel to Thailand on business, and not leisure.

These foreigners included migrant workers sponsored by their employers, skilled foreign workers like investors and those with specialized skills in their industry, and medical tourists, among others.

However, the opening of the country once again to foreign tourism has been met with mixed reactions from the public and the medical industry.

Thailand’s top doctors oppose any form of reopening to foreign tourism, and are urging the government to keep the country closed to international tourists for at least six months. They want to wait until the global situation improves, or until a vaccine is made available.

However, Prime Minister Prayut Chan-o-cha said after a mobile Cabinet meeting in Rayong this week that the proposed reopening of Phuket is needed to revitalize Thailand’s damaged economy. It will bring much-needed revenues for businesses that have been badly affected by the pandemic, the PM added.