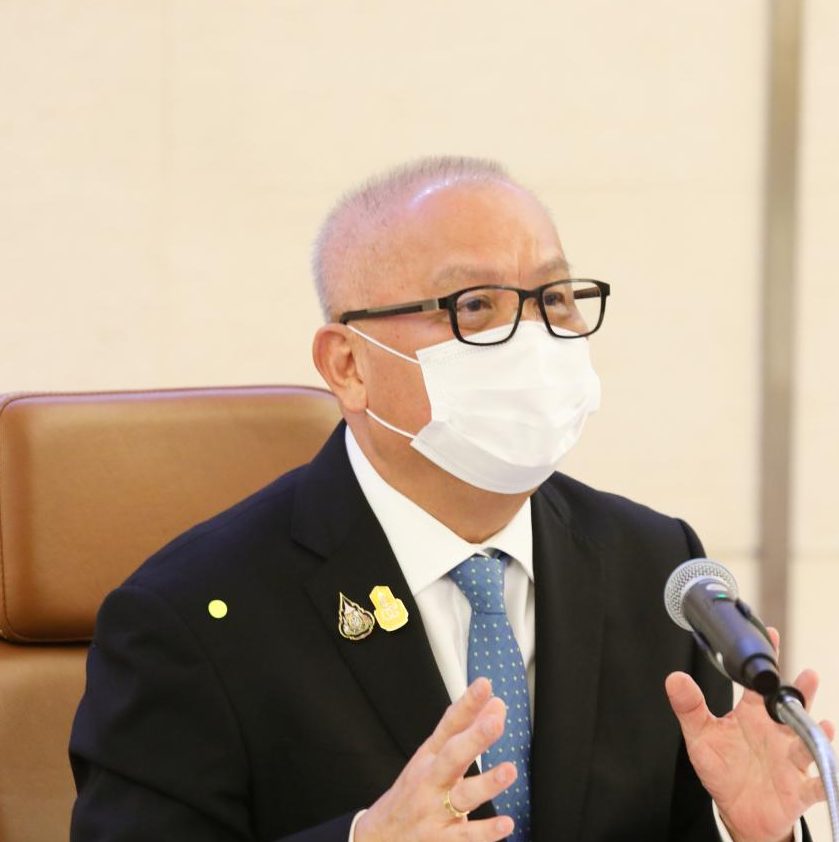 The deputy PM said that the government will continue on providing assistance as well as investing in the economy throughout 2021.

Speaking at a dinner held by the private sector on Thursday, Deputy Prime Minister Supattanapong Punmeechaow said that the COVID-19 pandemic had exposed the ultimate fragility of the Thai economy’s foundations.

Since April, Deputy PM Supattanapong said that the COVID-19 outbreak had revealed the fact that the Kingdom’s economy is too reliant on exports and tourism, both of which require international travel – a sector the pandemic ripped apart when countries around the world initiated lockdowns to try and contain the virus.

“The outbreak has had an especially heavy impact on small and medium businesses,” Mr. Supattanapong said during the dinner, which was hosted by the publications Thansettakij and Krungthep Turakij.

Because of the impact of the pandemic, the Deputy PM said that the government responded by imposing measures to assist these businesses. These measures, which cost the government THB800 billion, included a debt moratorium on SME debt that totaled THB6.8 trillion.

On a positive note, however, the Deputy PM said that, by July, the economy has already showed signs of improvement. Mr. Supattanapong credited various parties and sectors for their cooperation in government efforts at preventing the outbreak in the Kingdom from worsening.

Mr. Supattanapong, who is also the Energy minister, acknowledged the stimulus campaigns launched by the government including the “We Travel Together” and “Let’s Go Halves” subsidies as factors in the improvements of the tourism sector.

“The outbreak has had an especially heavy impact on small and medium businesses,” he said.

The Deputy PM also revealed that the government is preparing a loan package of THB150 billion specifically for small and medium enterprises heavily impacted by the COVID-19 outbreak.

“Through the Thai Credit Guarantee Corporation, the government is also planning to provide… loans to help small and medium businesses,” he added.

The Deputy PM, however, said that the battle at containing the COVID-19 pandemic “is not over yet.” He specified that there are many projects in the government slate for next year, which he said aims to boost the economy through foreign investment and setting the pace for future expansion through infrastructure projects.

“Since the global economy is changing we must be more proactive in attracting foreign investors,” Mr. Supattanapong said.

He said that the government will continue to assist the economy by focusing on creating opportunities at the grassroots level “to reduce disparity.”

Thailand has one of the lowest number of cases in the world at 4,297. 4,005 of these cases have already recovered, with only 60 deaths since the start of the pandemic in April.

Thailand has recorded a sudden rise in cases involving Thais returning from Tachilek in Myanmar, which is currently experiencing a nationwide outbreak of the COVID-19. These returnees have entered Thailand illegally by skipping official checkpoints and quarantine. All of these have tested positive for the COVID-19 later on.

The Chiang Rai police has recently filed a case against three of these returnees, who were the first to have tested positive and have recovered first after treatment.