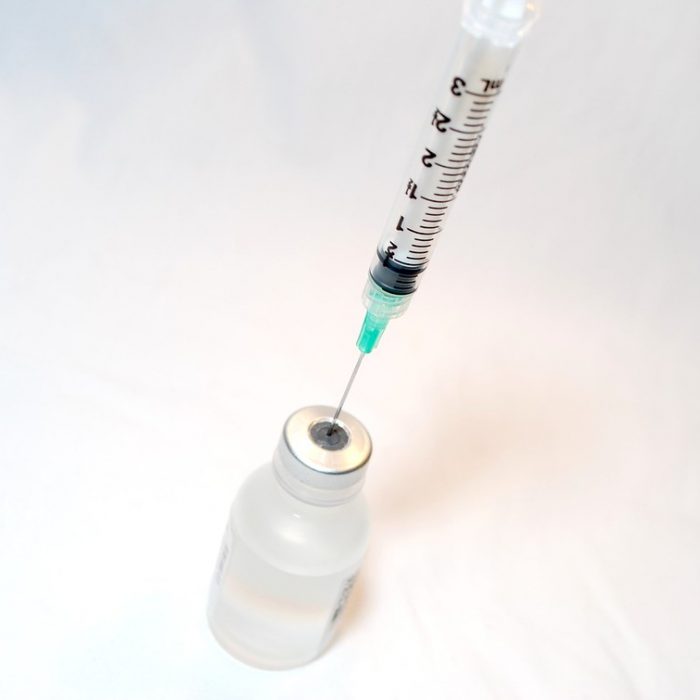 The Department of Medical Sciences has given its seal of approval to the locally-produced version of the AstraZeneca vaccine after the jab had passed through its quality control procedures in preparation for the rollout in June.

AstraZeneca, the Thai government, and Siam Bioscience had last year signed an agreement for a transfer of technology that will allow Siam Bioscience to produce the AstraZeneca vaccine locally for the general population’s vaccination.

According to DMS Director-General Supakit Sirilak, they have received and tested five samples of the vaccine straight from the Siam Bioscience manufacturing facility. Upon receipt, they immediately subjected the samples to tests to determine if the vaccines have been manufactured according to pre-set standards.
Specifically, the Department had tested the vaccine for safety, and chemical composition.

Dr. Supakit said that they have determined the samples’ adherence to manufacturing standards for safety and efficacy. This approval means that the mass production of the vaccine by Siam Bioscience has now been approved as well.

This approval comes after the Food and Drug Administration had also permitted Siam Bioscience to expand its capacity for manufacturing the vaccines. Siam Bioscience will be rolling out the first batch of doses next month.

This batch is intended for use by the government, which will distribute and administer the vaccine to pre-selected priority groups.

Siam Bioscience will also be producing vaccines that will be exported to Thailand’s partners.
On the other hand, American vaccine manufacturer Pfizer has agreed in principle to supply the Public Health Ministry with an unspecified number of doses of the messenger RNA vaccine. The order will be handled by the National Vaccine Institute and the Department of Disease Control.

The DDC will be in charge of the paperwork needed for procuring the vaccines from Pfizer.
Reports indicate that the vaccine will be used for inoculating schoolchildren, whom authorities have identified as high risk for rapidly spreading the virus. Improvements to the vaccine have also made it possible for the jabs to be stored at higher temperatures.

Pfizer’s vaccines had previously indicated very low-temperature storage, which has been viewed as expensive and impractical.

With the third wave still ongoing and the need for vaccination more pressing, Prime Minister Prayut Chan-o-cha has announced on social media that the government aims to purchase 10-15 million doses of COVID-19 vaccines to support its immunization goals.

The government wants to administer vaccines to 30 million people at a pace of 10 million recipients per month. This translates to a total of 50 million vaccinated people by the end of the year.

In related developments, the Public Health Ministry has removed culpability from the Sinovac vaccine in the recent death of a 23-year-old woman who died after receiving her two doses in Samut Sakhon.

Instead, Dr. Taweesap Siraprapasiri of the Department of Disease Control said that her death resulted from complications in response to an unidentified food supplement that she had taken. She received the second dose of the vaccine on April 21, and developed symptoms of headache and vomiting the day after.
She was pronounced dead the following day, April 23.