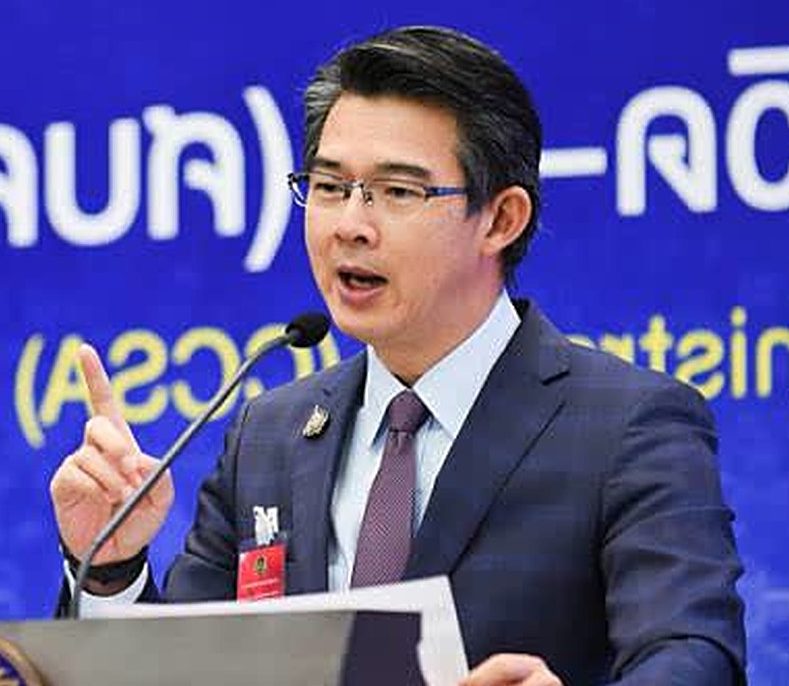 This follows after an anchor at NBT TV tested positive. A commentator at NBT TV always accompanies the CCSA spokesperson in his daily briefings.

Dr. Taweesilp Visanuyothin, the spokesperson for the Center for COVID-19 Situation Administration, has gone into self-quarantine after a news anchor at the National Broadcasting Service of Thailand (NBT) TV channel became positive for the COVID-19.

Dr. Taweesilp explained on Friday that he had taken a COVID-19 nasal swab test due to his close contact with an NBT TV commentator. This commentator always accompanies him during the daily televised briefing from Government House, and was deemed to be at high risk for infection after the news anchor tested positive.

This commentator had not be seen in Friday’s broadcast.

Dr. Taweesilp announced on the same day that the results of his initial COVID-19 test is negative, but he will be undergoing self-quarantine at the Bamrasnaradura Infectious Diseases Institute. He went to the Institute immediately after delivering his daily broadcast from Government House.

In his last broadcast before going to quarantine, Dr. Taweesilp reminded all Thais that COVID-19 will continue to co-exist with the population, even with the arrival of vaccines.

“Everyone, including me, is at risk,” he said.

Dr. Taweesilp urged everyone to protect themselves well, and to treat every person they meet as possibly infected with the COVID-19 virus.

The Disease Control Department had moved quickly to test all of the NBT’s 1,200 employees as well as to disinfect their building to remove all traces of the coronavirus in their premises.

Dr. Taweesilp’s announcement of self-quarantine follows closely after news broke out that Samut Sakhon Governor Veerasak Vijitsaengsri had gone back into the ventilator, after a month of COVID-19 treatment and signs of recovery.

Governor Veerasak had become infected almost immediately after the start of the outbreak in his province, and was seen meeting with top health officials like Minister of Public Health Anutin Charnvirakul a day before he announced his positive test result.

Minister Anutin and other members of the entourage had all tested negative for the COVID-19. They all credited their negative results from the fact that everyone including Governor Veerasak had been wearing face masks 90% of the time during the meeting.

The governor’s wife, Veerasak Chutiporn, also tested positive for the COVID-19 but was not considered in severe condition.

“There are chances of infection since the patient is elderly,” Prasit said, adding that they are seeing improvements in the Governor’s condition after administering a new antibiotic.

Governor Veerasak had been shown resistance to a previous antibiotic.

He also added that the COVID-19 had caused significant damage to the Governor’s respiratory system.

On Friday, Thailand reported 309 COVID-19 cases. 297 of these are local infections, while 12 came from people who came to Thailand from abroad.