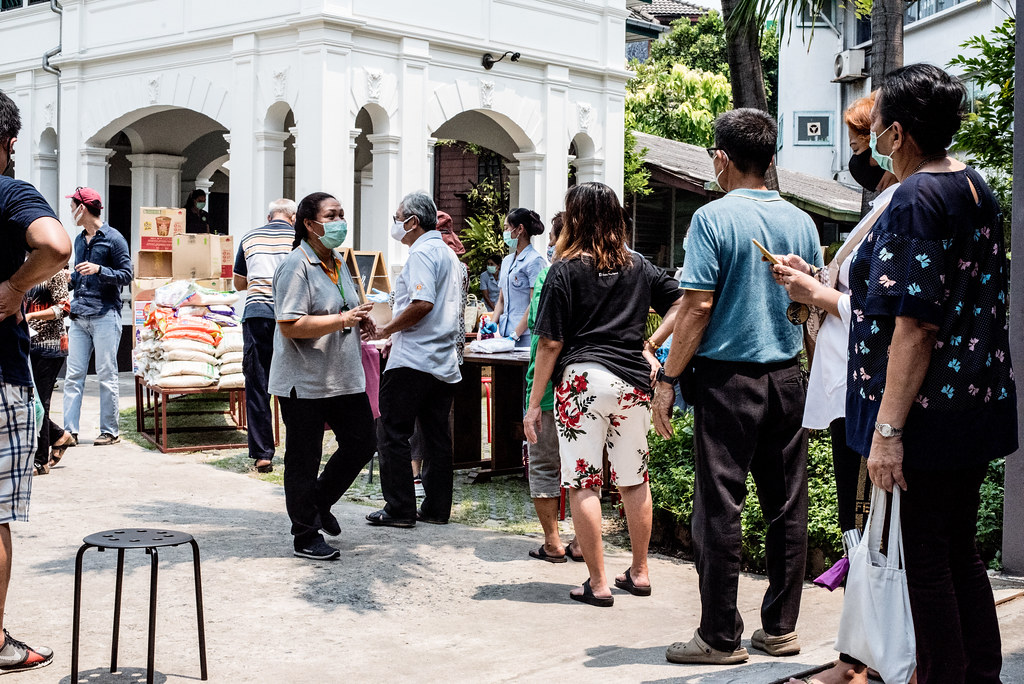 The new relief measures are intended for 33 at-risk provinces for the second wave of the COVID-19.
Photo By: Some Rights Reserved byUN Women Asia & the Pacific

As the second wave continues to rage, the Finance Ministry is considering issuing a set of relief measures aimed towards helping borrowers of state-owned financial institutions who are caught by the containment restrictions in the 33 provinces.

Under the project, state-owned banks like the GH Bank, and the Small and Medium Enterprise Development Bank of Thailand, will be extending aid to borrowers who are living in the 28 provinces designed by the government as “red zones” or “maximum control zones” in its efforts to contain the second wave of the COVID-19.

In addition to the 28 provinces, the relief measures will also be extended to borrowers in the five most at-risk provinces with the most number of infections, namely Samut Sakhon, Chon Buri, Rayong, Trat and Chanthaburi.

Instead of doling out money, Mr. Arkhom said that the relief measures will be a combination of debt holidays, a moratorium on repayment of the principal amount owed, and a reduction in the incurred interest as a result of non-payment of the obligation.

Mr. Arkhom said that the measures will most likely stay in place until March this year.

Specifically, the Finance Ministry will be gauging the possible duration of the outbreak, and will be basing its assessment and actual assistance from its findings. Mr. Arkhom said that they could target specific areas with certain measures, with an eye on places with restrictions placed on their economic activities.

Current lockdowns include the closure of several establishments like pubs, bars, and karaoke joints. Eateries are allowed to operate but at 50% capacity and take-out orders. Supermarkets and shopping malls also remain open but are restricted in the number of hours that they can remain.

These means loss of income for all parties involved.

The National Economic and Social Development Council will be putting forth before the Cabinet of Prime Minister Prayut Chan-o-cha the proposed measures for the at-risk provinces in order to help their constituents ease the financial burden of the current restrictions.

The Finance Ministry is also considering rolling out a new registration process for the co-payment scheme.

The co-payment allows consumers to take advantage of a 50% discount with vendors of essential items. The government will be co-paying the remaining 50% with the vendors.

The scheme had seen tremendous success with consumers and sellers alike, prompting the Finance Ministry to extend the scheme for a second phase.

According to Mr. Arkhom, they are waiting until January 14 to determine who of the new registrants in the second phase have not exercise their rights under the co-payment scheme within 14 days.

Mr. Arkhom pointed out that nearly half a million registrants failed to make the purchases guaranteed to them within 14 days after registering in the first phase of the scheme.

The Minister expects a cumulative 1 million registrants to not exercise their rights within the prescribed period of time, which is why they are considering launching another registration process for the public possibly in the middle of this month.