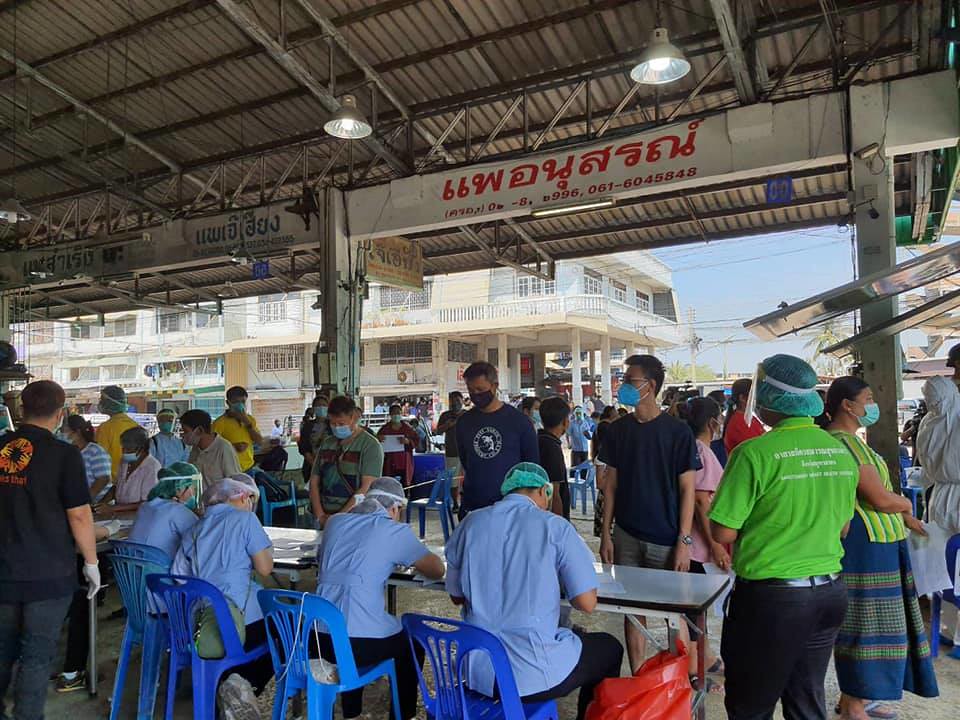 The package will reportedly be forwarded to the Cabinet for discussion on Monday.
Photo By: Some Rights Reserved byPrachatai

Two months after the eruption of the second outbreak in the province of Samut Sakhon and nearly a year after the first lockdown, the Finance Ministry is reportedly preparing to roll out a financial relief package intended to aid employees of state enterprises and workers covered by Section 33 of the Social Security Act.

The financial package is reportedly worth THB37.1 billion, according to a Finance Ministry official who spoke to the Bangkok Post anonymously.

As earlier reported, the package will cover 9 million people. The Ministry official said that the package will be discussed by the Cabinet on Monday and most likely be approved by Prime Minister Prayut Chan-o-cha.

The source said that the eligible employees will be receiving THB4000 each. The source also said that the relief package is part of the THB1 trillion emergency loan decree approved by the government last year.

In order to qualify, employees must have at most THB500,000 of deposits in a bank account as December 2020.  Unlike the Rao Chana scheme, employees covered by Section 33 of the SSA do not have to satisfy another criteria for monthly or annual salary.

The Rao Chana scheme, on the other hand, limits qualified people to only those with bank deposits of at most THB500,000 and an annual taxable income of at most THB300,000 as of filing date for fiscal year 2019.

In addition, the anonymous official also said that employees whose status is considered as covered by Section 33 of the SSA as of January 19, 2021 are included in the relief package.

There are a total of 11 million employees covered by the said section as of January, the Social Security Fund Office said. The imposition of the eligibility criteria, however, narrows down the recipients to 9 billion people only.

Contrary to what was earlier reported, the qualified employees will go through an electronic system for the disbursement of their THB4000 financial aid.

Previous suggestions involved the Pao Tang app, which has been used as well for other existing stimulus packages like the We Travel Together and the Let’s Go Halves campaigns. Under that system, the employees will be receiving the THB4,000 financial relief staggered into four weekly disbursements.

In related news, over 5.7 million people have passed the screening procedures for the Rao Chana scheme. Inspector-General Kulaya Tantitaemit said on Monday that those who were not accepted to the scheme can file appeals until March 8.

According to Ms. Kulaya, the funds for those who have been proven eligible for the financial aid will be wired directly into their bank accounts. The first tranche will be disbursed on February 18, Thursday, in the amount of THB2,000.

The remaining amounts will be disbursed weekly every Thursday until the THB7,000 amount is reached.

Ms. Kulaya also called on the stores registered for the scheme to not take advantage and to remain compliant with the conditions of the program, or else they will be removed from the scheme and their subsidies suspended.

She also called on recipients to immediately report any stores with overly expensive goods or services.