First STV Arrivals Due in Phuket on October 20 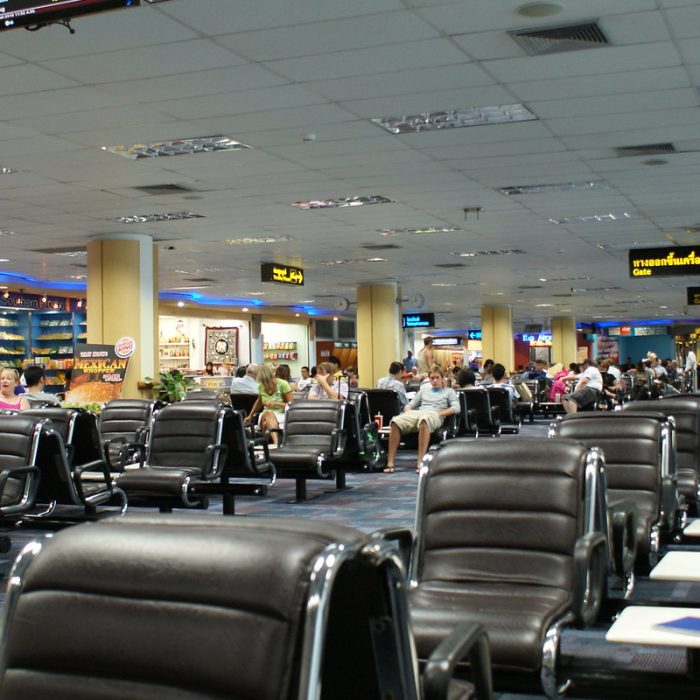 The new arrival date is now October 20, in the middle of the Vegetarian Festival.
Photo By: BANZAIBANANAS

After having their October 8 arrival aborted due to various concerns, the Chinese tourists that have reportedly signed up for the government’s Special Tourist Visa program are set to arrive in Phuket on Tuesday next week.

This group of tourists will be coming from Guangzhou, China and are set to land in Suvarnabhumi Airport. There will be 120 tourists in this group.

Another group with the same number of tourists, also coming from Guangzhou, will also arrive the same day.

These tourists were diverted from their original arrival date after officials in Phuket expressed concerns that they might be properly processed due to a large number of domestic arrivals for the Vegetarian Festival.

The Vegetarian Festival begins today, October 16, and will last until October 25. According to Tourism Authority of Thailand Yuthasak Supasorn, the province is expecting up to 60,000 domestic tourists to arrive and participate in the festivities.

As stipulated by their visa, these tourists will spend their first 14 days in Thailand isolated in their alternate state quarantine hotels. During the quarantine period, they will be tested for COVID-19 at the start and then again a couple of days before they are released from seclusion.

After being released, they are free to proceed to their actual holiday accommodation and activities.

In order to keep track of their whereabouts, Prime Minister Prayut Chan-o-cha said that they will be provided special armbands. They will also be required to download a mobile app that they have to run in the background all the time.

In addition to these two groups, one more group is expected to arrive in Phuket from Guangdong Province in China. Another group is said to arrive early November, this time from Schengen and Scandinavian countries.

Amidst concerns on how the length of the quarantine might affect these tourists, Tourism and Sports Minister Phiphat Ratchakitprakarn said that the TAT is working on devising activities that these visitors can enjoy at the comfort of their quarantine rooms.

There were reports that the success of their first groups of tourists could lead the government to shorten the quarantine time to 7 days, instead of 14.

However, visitors will still be confined to their alternate state quarantine hotels but allowed to access the lounge, bar, wellness facilities and other activities provided by the establishment.

The Special Tourist Visa is a pilot project of the government. The success of this program could gradually reopen the country to foreign tourism, which has contributed significantly to the economy.

Thailand’s economy is expected to contract at most 10% at end of year, due to the lack of foreign tourism and a slowing down of the exports industry.

In the meantime, the government is also encouraging domestic tourism through the “We Travel Together” stimulus package. Under the package, locals can enjoy rebates from their expenses, which the government will subsidize up to THB3,000.

Expats were also offered a THB500 cash handout that they can use to travel to any destination in the Kingdom.