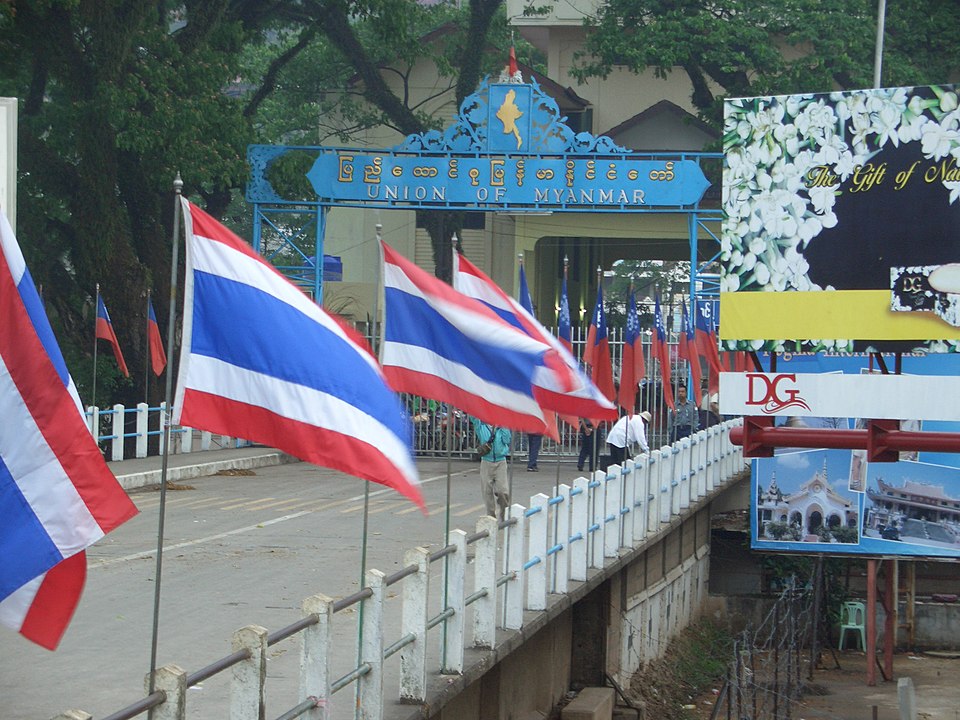 The Chiang Rai Immigration Police are now preparing the legal charges that they will file against three women who returned through illegal border passes from Myanmar. According to the authorities, this is the first of a series of charges that they will be filing against the nearly 50 returnees that skipped border checkpoints to return to Thailand from neighboring Myanmar.

Since November 28th, nearly 50 Thais working in the entertainment industry in the town of Tachilek in Myanmar crossed the border through unsanctioned entry points. In doing so, they bypassed official checkpoints and were able to skip mandatory quarantine before being allowed to go home to their respective provinces.

The returnees are described as employees in an “entertainment center” in Tachilek. While reports do not specify the actual venue, the government has since acknowledged the 1G1-7 Hotel as a hot spot for infections in the town.

However, each one of these illegal returnees were positive for the COVID-19. The sudden rise of cases from these illegal entrants have caused panic and fear in the local population, with hotels in border provinces reporting sudden cancellations of hotel reservations following the announcement of the cases.

At least one case of local transmission resulted from these initial infections. A DJ in Chiang Mai had hosted three of the returnees from November 28 to November 30 in his apartment. The returnees left the city by December 1, but their cases were subsequently reported. On December 2, the DJ voluntarily took a COVID-19 test and the results came positive.

The government quickly stepped in to do contact tracing, and quarantining anybody that are considered at risk for infection. Public health officials assured the public that there is no sign of a large-scale spread of the virus from these returnees.

The government also responded by reinforcing border controls in provinces that sit next to Myanmar.

The first group of three women from Tachilek had already been released from hospital treatment and are now undergoing home quarantine in Chiang Rai under the watchful eyes of their village officials.

The Chiang Rai Immigration Police through its Mai Sai unit will be summoning the three women to answer for the following charges:

As this case involved a large number of Thais returning from Myanmar, the Immigration Police is set to file separate cases against other illegal returnees once they are released from treatment in the hospital.

Public Health Minister Anutin Charnvirakul previously expressed his support for filing legal actions against the returnees. According to Minister Anutin, these people’s actions have endangered the Kingdom, as they skipped checkpoints knowing that they have been exposed to COVID-19 in Tachilek.