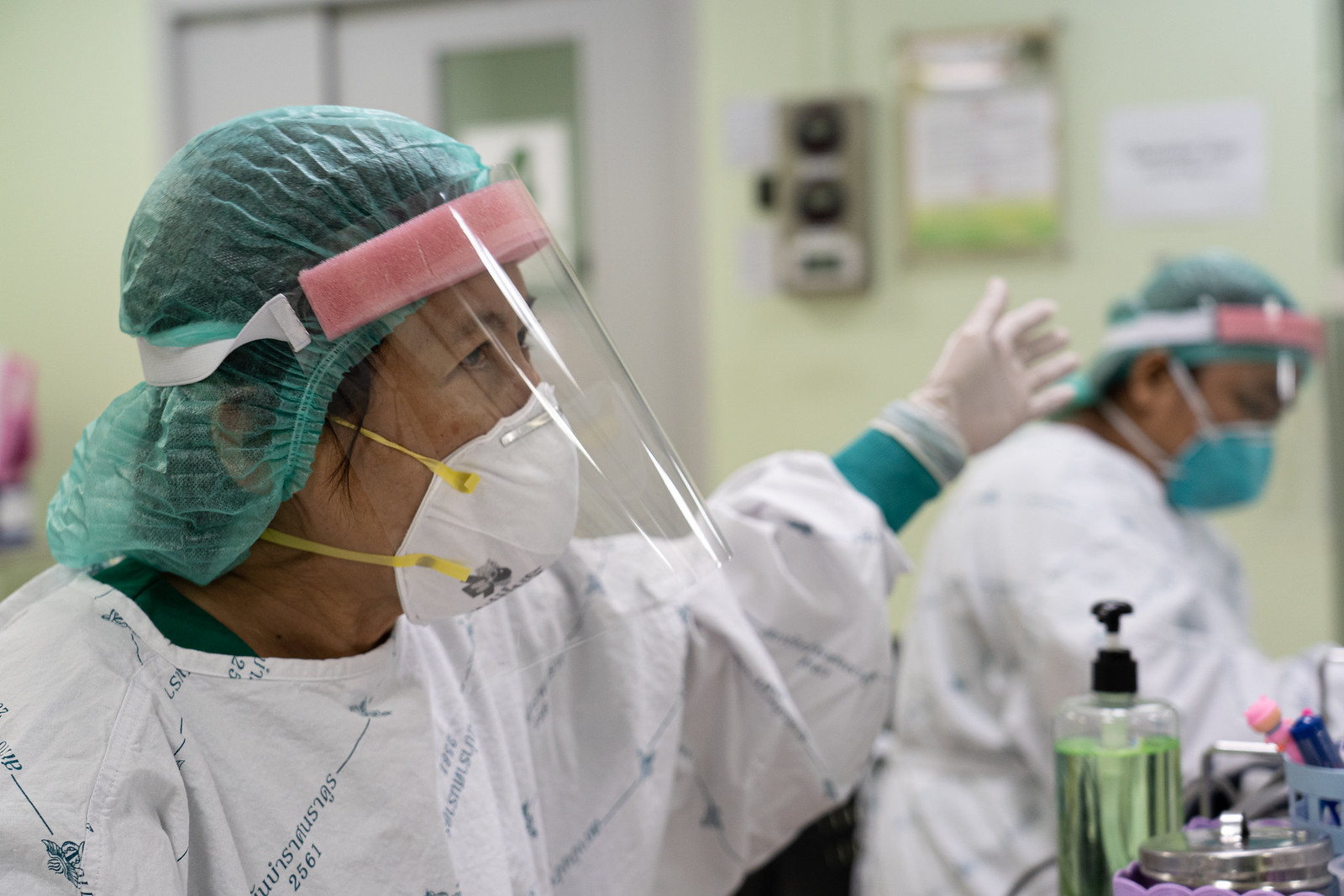 Officials added that she is not a case of local transmission.
Photo By: Some Rights Reserved by UN Women Asia & the Pacific

After causing quite a scare in Koh Samui after being diagnosed with COVID-19, a 57-year-old French woman has finally been declared as free of the virus and discharged from the Koh Samui Hospital.

According to Veerasak Lorthongkham, director of the Koh Samui Hospital, the woman had been subjected to a barrage of COVID-19 tests and have tested negative multiple times during the course of her treatment.

After being discharged, the woman was sent to her home in Koh Samui and advised to undergo home quarantine for a few weeks to make sure she doesn’t initiate local transmission.

In addition, previously quarantined members of the ALSQ hotel, passengers of the flight the family embarked on the way to Koh Samui, and the staff of the Koh Samui hotel was similarly cleared as well.

No case of local transmission has been recorded in Koh Samui as a result of the French woman’s case.

The family had arrived in Thailand via Bangkok at the end of September, spending 14 days in alternative local state quarantine (ALSQ) in a hotel in Samut Prakan outside the capital. The family had tested negative and were released after the 14 days had ended.

After reporting to the French embassy after quarantine, the family flew to Koh Samui on October 15 aboard a Bangkok Airways flight. Two days later, she developed symptoms of the COVID-19 and admitted herself to a hospital three days later.

Her test results showed positive on October 21. She was subsequently admitted to the Koh Samui Hospital on October 23, was subjected to a confirmatory test, and was diagnosed again as positive for COVID-19.

The government immediately tested the family friend, the husband, and the teenaged son. The government also quarantined members of the hospital staff and temporarily shut down the ALSQ hotel that the family had stayed in at Samut Prakan.

Officials investigating the accident earlier claimed that the woman was infected by residual traces of the COVID-19 in gym equipment that she used at the ALSQ hotel. If this was the case, the woman would have been Thailand’s second case of local transmission after a DJ tested positive while in prison in August.

The Department of Disease Control later said that the woman had likely contracted the virus abroad, but the incubation period was delayed. This is a rare occurrence. Also, they believed that she is not a case of local transmission as all the people that had close contact with her had all tested negative for the virus.

It remains to be seen what the local sentiment is towards reopening for foreign tourism following this development, with the first Special Tourist Visa holders about to be released from their 14-day quarantine.