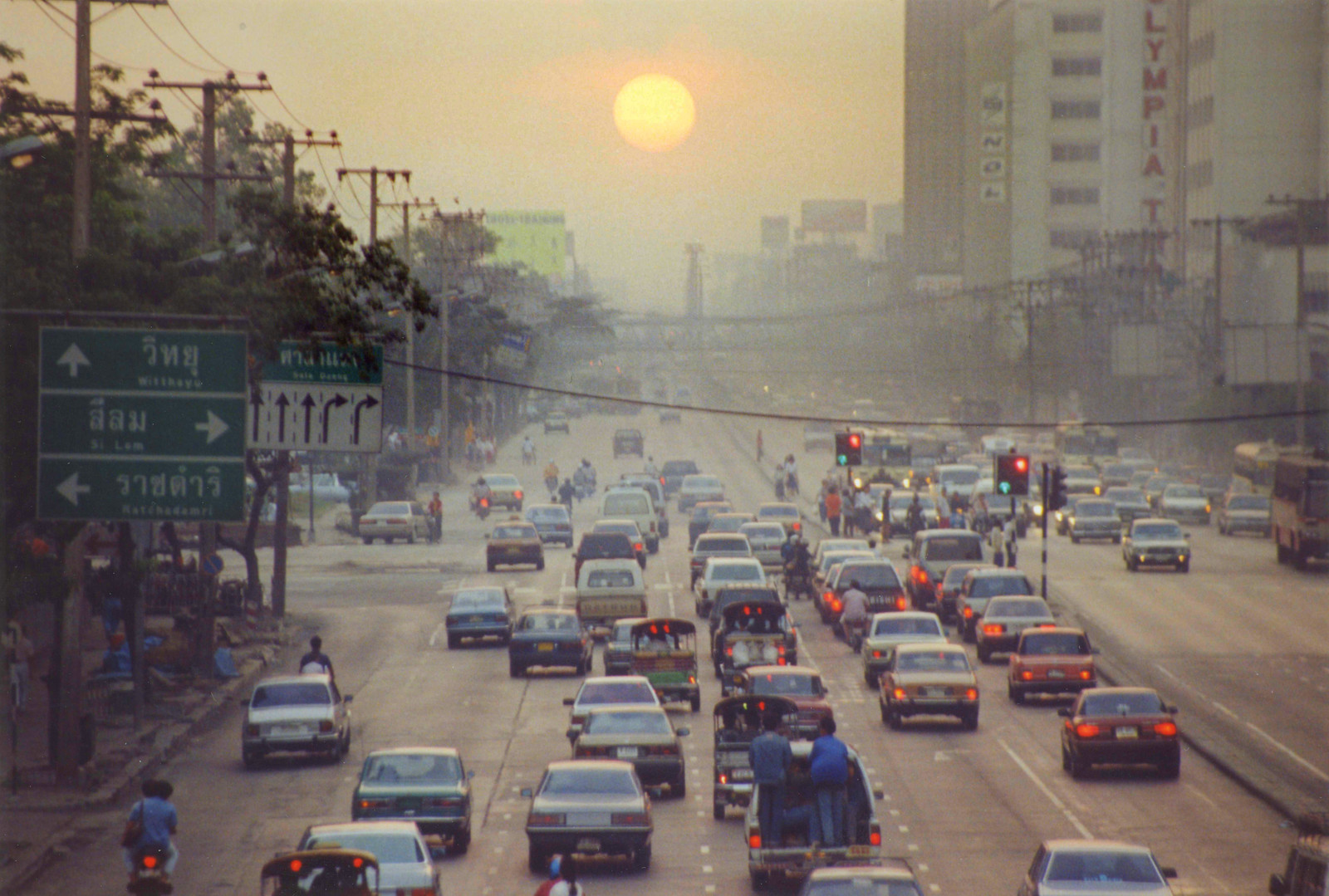 A high number of government agencies have been instructed to deal with the matter.
Photo By: Some Rights Reserved byr12a

Bangkok is currently enveloped in a thick smog that had started plaguing it and its surrounding provinces and districts since Monday.

PM Prayut also called on the citizens to forego private transportation as much as possible and support public transport to lessen the number of emissions from vehicles.

He explained that the government also wanted to crack down on vehicles with expired paperwork, in order to decrease the number of black emissions in the capital.

To this end, the Prime Minister said that they are considering implementing an alternate-day private travel measure exclusive only in the capital. If implemented, it would mean citizens can only use their private vehicles every other day and would have to use public transportation.

When asked about the practice of agricultural burning or “scorched earth,” PM Prayut said that farmers without the right equipment for waste disposal are responsible for that contribution. As they lack waste disposal facilities, they resort to burning their waste from their farms.

As for industrial sources of pollution, General Prawit issued instructions to the Interior to coordinate with the Ministry of Industry to investigate industrial plants and measure the level of their pollution emissions.

In relation to PM Prayut’s statement that the government is looking at catching vehicles with black emissions, Lt. Gen. Kongcheep said that Gen. Prawit has also ordered Bangkok police to set up checkpoints in congested sections of the capital to watch for such vehicles.

On the other hand, the Bangkok Metropolitan Authority has also mobilized the Highways Department to conduct highway washing in various areas of the capital. This is to coagulate dust and to keep it from spreading through the air.

The BMA also instructed 437 schools within its area of responsibility to skip outdoor morning assembly.

The government agency also told construction site companies to cease operators for two to three days and to spray water in the air around their properties.

The BMA also called on people to continue wearing masks, not only to protect themselves against pollution but also against the ongoing pandemic.

Bangkok’s PM2.5 levels reached a record of 74.6mcg/cm on average on December 14. This is higher than the safe threshold of 50mcg/cm. Before December 14, the PM2.5 levels in Bangkok were already at 60 mcg/cm.

Police Captain Pongsakorn Kwanmuang warned that this problem could persist for the next two months, despite the current measures being implemented by the government.

The Pollution Control Department said that Bangkok’s PM2.5 levels have directly affected the air quality in the nearby areas of Samut Prakan, Samut Sakhon, Nonthaburi, and Pathum Thani.