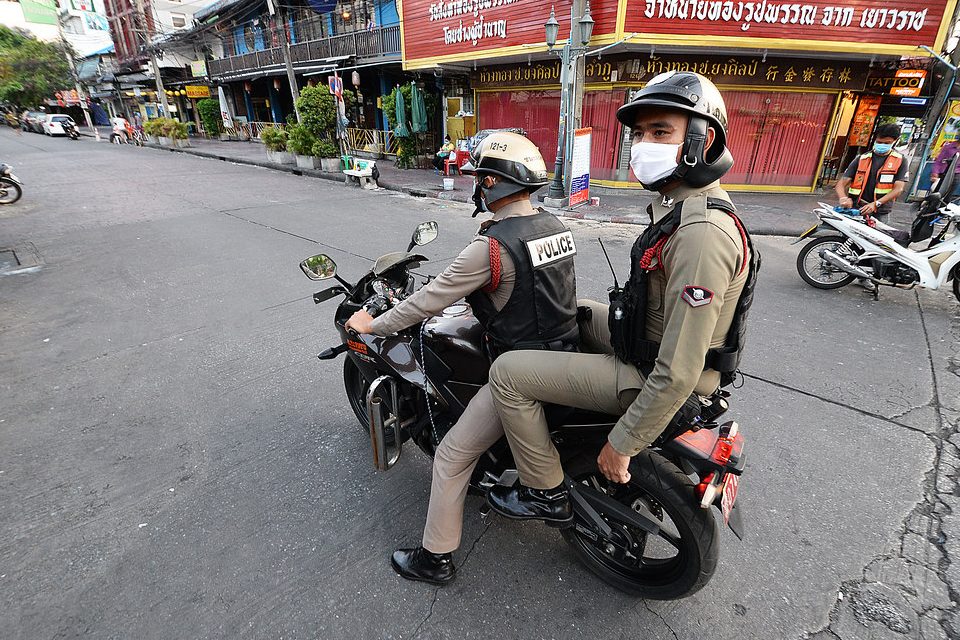 The CCSA will be discussing the proposal tomorrow, Thursday.
Photo By: Some Rights Reserved byallyoursocks

Government officials are looking at the possibility of implementing a partial lockdown on an area encompassing Bangkok, Chiang Mai, Prachuap Khiri Khan and Chonburi. This proposal is being discussed amidst the continued rise in cases centered on entertainment venues in the capital.

The partial lockdown will also include tightening of existing regulations in other red zone areas.

This was revealed on Wednesday by Gen. Natthapon Nakpanich, sub-committee chairman of the Center for COVID-19 Situation Administration and secretary-general for the National Security Council.

Gen. Natthapon said that his sub-committee will be talking with representatives of the Public Health Ministry today to discuss details of the partial lockdown. The NSC secretary-general said that the opinions given by officials in public health offices have been influential in their proposal of a partial lockdown.

A source also revealed that Gen. Prayut Chan-o-cha will be discussing the partial lockdown as well as the strengthening of existing restrictions during the weekly CCSA meeting tomorrow. The CCSA might also discuss the addition of new areas to the list of outbreak red zones, as well as the restriction on activities that could cause people to congregate.

The source added that tomorrow’s meeting will be held via teleconference.

The NSC secretary-general reiterated that the situation is currently “under control,” adding that the existing restrictions on activities in high-risk areas will suffice for now.

Instead, Gen. Natthapon urged all parties involved to be conscious of the risk of COVID-19 and to avoid certain activities that could spread the virus. If the situation is under control, there will be no need for further strict measures imposed on to the general public.

Daily cases exceed the 1,000-mark yesterday, as the CCSA reported 1,335 new cases. Of these cases, only nine were cases brought in by arrivals from abroad. The rest are all infections that were locally transmitted.

This daily total is the highest reported since the pandemic began in Thailand last year.

Thailand now currently has a cumulative total of 35,910, with a death toll of 97.

Gen. Natthapon said that the CCSA’s main source of concern is the possibility of new clusters in areas outside of Bangkok. Despite the stricter measures, the NSC secretary-general said that there are still infected people who are able to travel and can potentially spread the virus to other provinces.

For now, he said that there are enough field hospitals to cater to the treatment needs of infected people throughout the country.

Gen. Natthapon said that several establishments may be ordered closed like restaurants and fitness centers, or, at the very least, ordered to limit the number of people within their premises. He said that an order may be issued in the next day, or in two days when the government’s investigation on the third wave of infections concludes.

He also expressed his personal opinion that entertainment venues should be the only establishments to be locked down. He said other businesses like department stores and shopping males should not be shut down, and instead be required to limit their operating hours and to suspend activities like band performances and sales events.