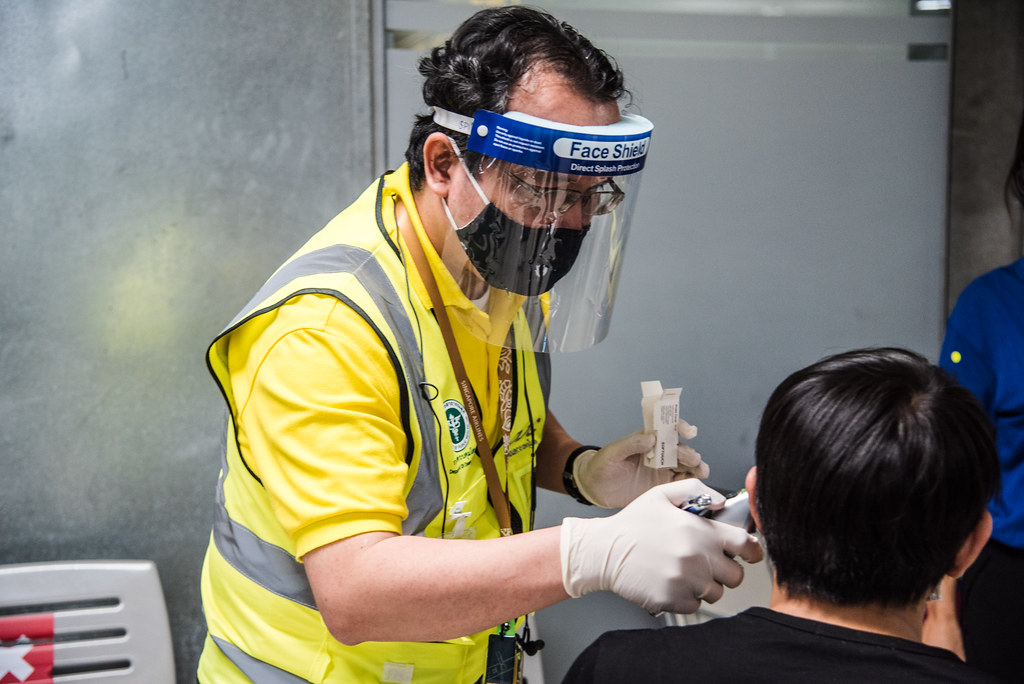 Only 72 new cases in total reported from Monday.
Photo By: Some Rights Reserved byWHO Thailand

The number of daily cases reported by the Center for COVID-19 Situation Administration has lessened as of today, February 16. Today, the CCSA said that they have found only 72 new COVID-19 cases as opposed to the hundreds that were reported in the weeks immediately after the eruption of the second outbreak.

According to the CCSA, these 72 cases include 48 cases found through community active testing. 21 more were reported in medical facilities and hospitals, while three cases were found while the patients were on state quarantine.

Dr. Taweesilp said that all 16 cases are currently being treated in hospitals. The patients are six locals and ten foreigners from Myanmar.

However, a number of locals had been exposed and were infected after visiting the shrimp market to buy fresh seafood.

At its peak, the second wave had brought the virus to more than 60 provinces in the Kingdom.

The Pathum Thani cases involved 26 Thais, 18 Myanmar nationals, 2 Laos and 1 Cambodians. All of these patients contracted the virus by visiting local markets.

Bangkok, on the other hand, reported no new cases.

Dr. Taweesilp warned everyone not to let their guard down just because the number of cases is declining, especially the people in Pathum Thani.

The CCSA explained that the infection rate among Thais is higher than migrant workers. Thais can freely move around, while migrant workers are usually confined to their quarters and work areas. Because of this, locals are more at risk of getting infected and inadvertently spreading the virus.

On the other hand, only three cases were reported in state quarantine. These involved arrivals from the United Arab Emirates, the United Kingdom and the United States.

With no new deaths, the death toll remains at 82.