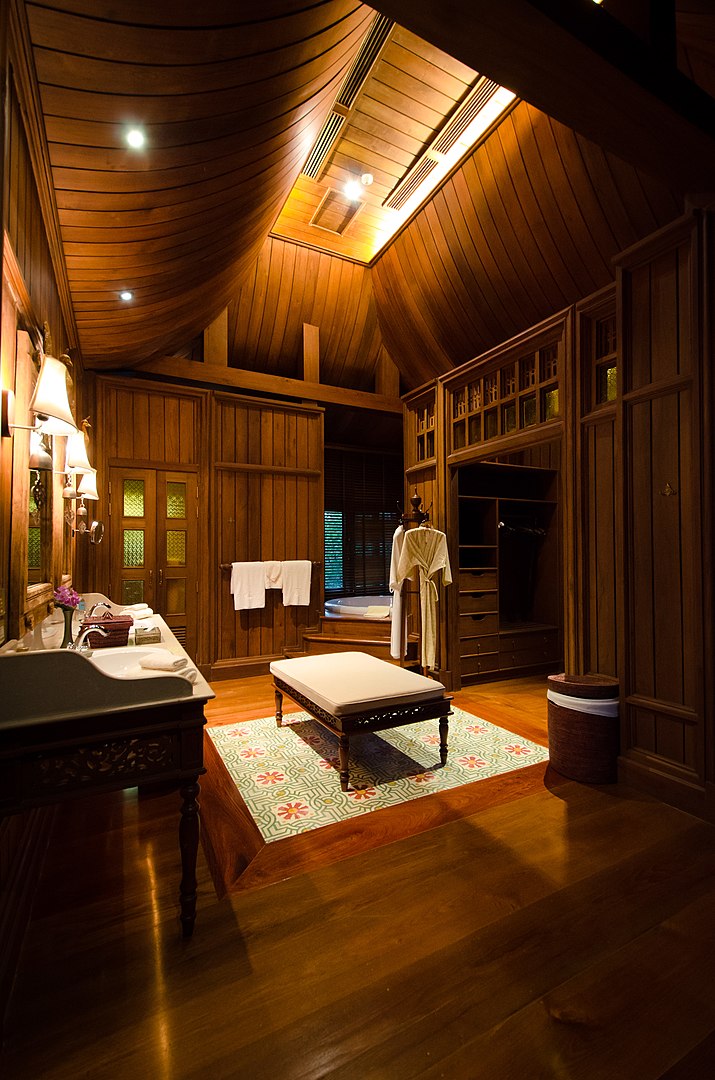 Spa and massage parlors may be considered as ASQ facilities under a planned “Wellness Quarantine Program.”
Photo By: Takeaway / CC BY-SA

More of the government’s plans regarding the return of foreign tourism to Thailand are surfacing, with the latest saying that it is considering adding spa and massage parlors as alternate state quarantine facilities for potential visitors.

This plan is part of the so-called “Wellness Quarantine Program” of the government, and apparently seeks to provide some activity for the tourists while they are on their 14-day quarantine.

Under this program, quarantined tourists will be able to visit spa and massage parlors. However, Health Service Support Department Director General Tares Krassanairawiwong said that, to prevent possible infections, these tourists will use a separate and cordoned-off section of the parlors to keep them from getting into contact with local Thais availing of the same service.

However, the program is still subject to the approval of the Center for COVID-19 Situation Administration, the main body approving measures related to public health during the pandemic.

Last week, the government announced that it is going to launch the Special Tourist Visa program, ostensibly to bring in tourists from low-risk countries beginning October 1.

Under the provisions of the program, tourists will be able to fly in to the Kingdom via chartered flights for the first time since the international air travel ban was instituted in April in response to the spreading pandemic.

These tourists are mandated to provide proof of health insurance with coverage up to $100,000, and a certificate bearing a negative result in a COVID-19 test administered 72 hours before their departure to Thailand.

They will also be subjected to a 14-day quarantine upon arrival in Thailand, in which they will be tested twice for COVID-19.

Reports also indicated that they may also be required to undergo a 14-day quarantine at home as well before they leave for Thailand.

Putting focus on long stay holidays, the Special Tourist Visa will give holders an initial 90-day stay limit, which they can extend twice for 90 days each. This means that they will be staying in Thailand for at most 270 days, or 9 months.

Immediately after announcement of the STV, the Tourism Authority of Thailand has claimed that its European offices have received a number of inquiries from both tour operators and interested tourists.

Reportedly 10,000 interested parties from the Scandinavian nations of Europe have expressed their desire to travel to Thailand and be part of Thailand once borders are reopened.

Governor Yuthasak Suparsorn indicated that they may want to first limit their tourists from countries that are considered low-risk, such as Central European nations and Scandinavian countries.

The TAT chief also specified that they want to limit tourist arrivals to only 100 people a day, or 1,200 tourists in a month. Should the program proceed without triggering a second outbreak of the COVID-19, Governor Yuthasak said that they will consider extending these quotas.

The government also initially planned to reopen Phuket under the “Phuket Model” plan on October 1st. While there have been an official visit by tourism officials to the province early this month, and a rehearsal at Phuket International Airport, there have been no updates since.