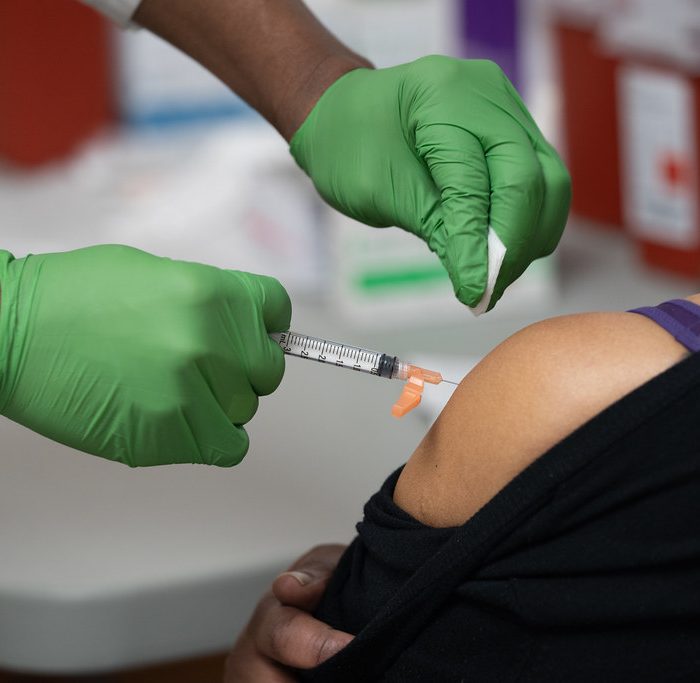 Officials claim recipients who suffered stroke-like symptoms after vaccination have all recovered after being given medicine.
Photo By: Some Rights Reserved bygovernorandrewcuomo

Health officials continue to insist on the safety of the Chinese-made CoronaVac, which is currently a mainstay of the government’s ongoing immunization against COVID-19. These officials also say that inoculations using the vaccine will continue as the benefits apparently outweigh the risks.

The government issued these statements following reports that six recipients in Rayong and one in Chon Buri had developed symptoms that are similar to partial paralysis 5-10 minutes after receiving the vaccine. Experts have determined that the side effects are directly connected to the vaccine due to the quick onset of symptoms.

According to Public Health Minister Anutin Charnvirakul, they will push through with vaccinations using Sinovac’s jab. He has, however, instructed health authorities overseeing the inoculations to closely watch the recipients immediately after they have received the vaccine.

The Minister clarified that individual recipients can suffer varying symptoms after being inoculated. The body’s condition is a deciding factor in the type of symptoms the individual may suffer, the Minister added.
He claimed that this was the reason why the government has instituted the policy of monitoring recipients for the first half hour following inoculation.

Deputy Public Health Minister Sathit Pitutecha said that, following the incidents, recipients of vaccines who suffer adverse effects have the freedom to accept or decline their second dose.
“It will be up to those people adversely affected to decide whether they want to have the second jab or not,” Mr. Sathit explained.

Dr. Tasanee Tantirittisak, an official of the Department of Medical Services, pointed out the existence of such side effects in other countries and said that the occurrences of such symptoms are rare. The official also clarified that some recipients of other vaccines in other countries also exhibited similar symptoms.

With regards to the batch that the vaccines given to the six patients came from, Dr Kulkanya Chokephaibulkit of the Faculty of Medicine at Siriraj Hospital, Mahidol University said that their investigation found no irregularities from the doses in this batch.

300,000 people have already been inoculated with doses from this batch of the Sinovac jab.
To be certain, Dr. Kulkanya said that they will continue monitoring recipients to find those who suffer similar symptoms. At present, however, she said that they have decided to allow the continued usage of the vaccine as the side effects were temporary.

Dr. Taweesap Siraprapasiri of the Department of Disease Control added that all six recipients in Rayong had suffered from pre-existing conditions when they received the jab. One was medically overweight, one is a cancer patients while four of the patients were maintaining oral contraceptives.

All had fully recovered within 3 days after being given anti-coagulant medicines.
Dr. Thiravat Hemachudha of the Health Science Centre of Emerging Diseases at Chulalongkorn University made a post on social media on Tuesday revealing the plight of the seven recipients.

In the Facebook post, Dr. Thiravat said that the patients had suffered symptoms similar to stroke after receiving the CoronaVac vaccine for their immunization against COVID-19.