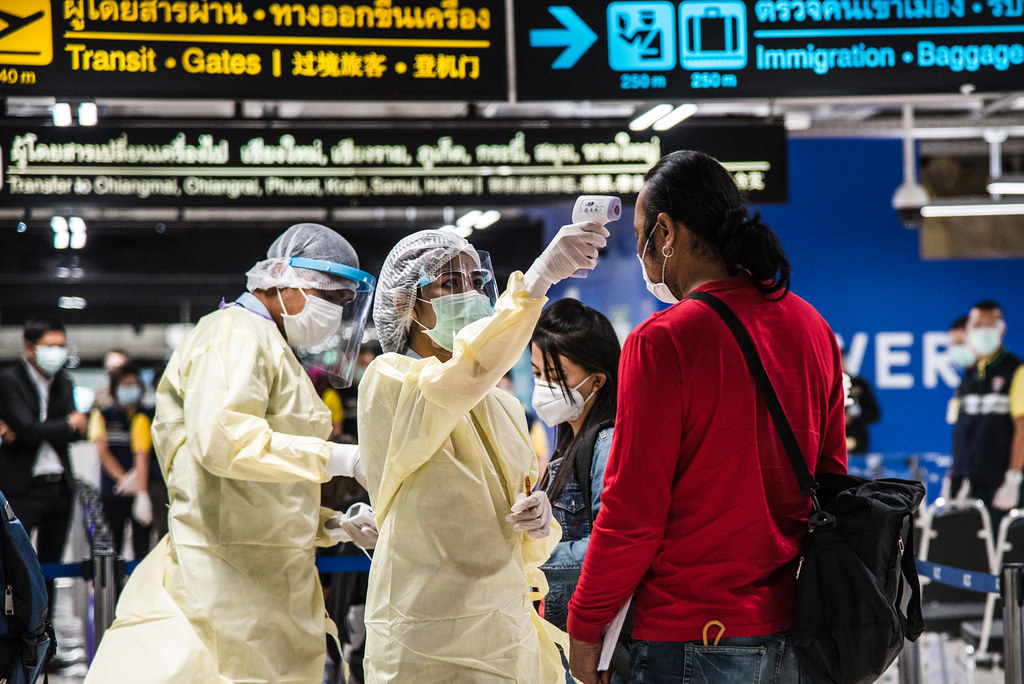 This decision is influenced by the discovery of the variant in a 41-year-old Thai returnee from Tanzania.
Photo By: Some Rights Reserved byWHO Thailand

With the new variant reportedly being more virulent than the original strain, the Center for COVID-19 Situation Administration is now considering the imposition of a longer quarantine period for Thais that are arriving from the African continent.

The new variant, which carries the code “B1351,” had first emerged from the country of South Africa. It then spread to other countries, particularly the United Kingdom. Experts in the UK and South Africa had said that this new strain spreads faster than the original variant and is allegedly resistant to the vaccines that are currently being used in inoculations around the globe.

Because of this, its presence in the country could potentially aggravate the already ongoing outbreak in the country, CCSA spokesperson Apisamai Srirangson said.

Because of that, Ms. Apisamai said that the government might decide to quarantine arrivals from Africa for 21 days. This is 7 days longer than the mandatory 14-day quarantine currently being imposed on arrivals and tourists.

In addition, Ms. Apisamai said that the government considered as an impetus the discovery of the South African variant in a recently arrived Thai businessman who recently arrived from Tanzania.

The businessman, who is 41 years old and currently under treatment, arrived in Thailand on January 29. As part of the government’s regulations, he submitted himself to 14-day quarantine. Swab tests carried out before the start of quarantine revealed his infection.

By February 12, government doctors had discovered that he is carrying the South African strain.

Addressing concerns on the deadliness of the South African variant, Disease Control Department chief Dr. Opas Karnkawinpong told reporters that the case of the 41-year-old businessman is not showing any indication that the new strain can cause more severe infections and symptoms than the original.

He said, however, that they are closely monitoring the patient to see how his condition improves or deteriorates as a result of the South African variant.

On the other hand, Dr. Prasit Watanapa said that the antiviral drug Favipirapir, originally used by the Japanese as an influenza medicine, can be effective at controlling the South African COVID-19 in treatment.

There are currently no study that supports the efficacy of the antiviral drug, but the Japanese have been using it to treat COVID-19 patients in their jurisdiction.

He also urged the government and private hospitals to double check samples collected from recent cases. According to Dr. Prasit, who is the dean of Siriraj Hospital’s Faculty of Medicine, authorities will need to re-validate and re-inspect recent cases to see if any of them might actually be carrying the South African variant.

The B1351 might have arrived in Thailand already and might be the prevalent strain in the Kingdom by now considering its ability to rapidly spread, Dr. Prasit said.

The B1351 first emerged in October last year in South Africa. It is closely related to the variant now found in the United Kingdom. In South Africa, more than 90% of swab test samples are infected by the new strain.