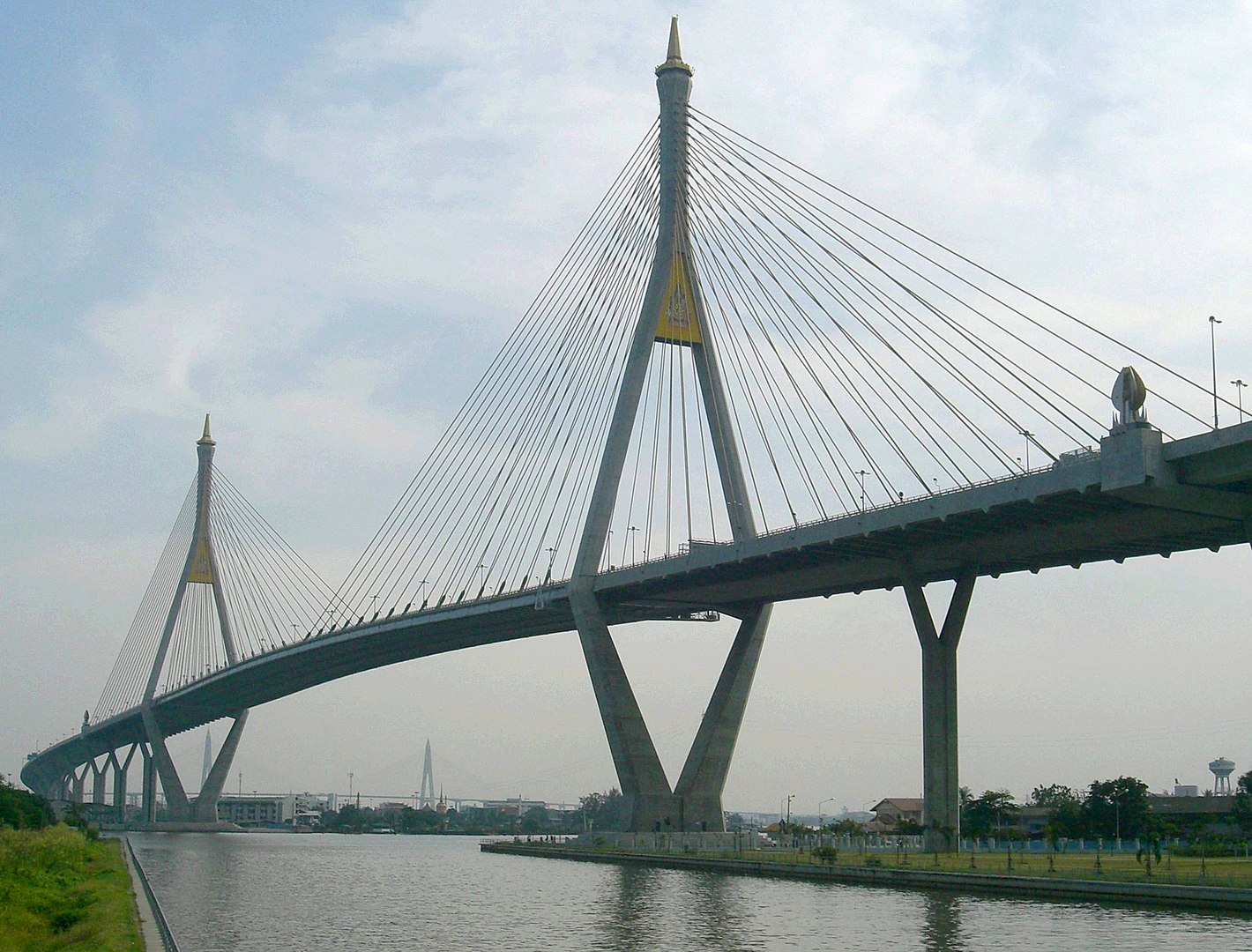 The THB900 billion project will build an 80-100 kilometer long bridge connecting Hua Hin and Chonburi/Pattaya.
Photo By: HAH / CC BY

The national government is planning a huge infrastructure project that will expand the Eastern Economic Corridor, the Center for Economic Situation Administration revealed on Sunday.

According to the CESA, the planned project will require a budget of THB900 billion, and will involve building a mega bridge to connect Pattaya or Chonburi with the Hua Hin locale.

The new bridge will be the latest in a series of infrastructure projects in what is called the Eastern Economic Corridor. The EEC’s goal is to improve on existing transportation and infrastructure projects, as well as to introduce new ones, to facilitate smooth flow of goods and services from Thailand’s Eastern seaboard to anywhere in the Kingdom.

The EEC also aims to facilitate the flow of goods, services and manpower between Thailand and other partners in the Association of Southeast Asian Nations, or ASEAN.

The EEC was started by the Kingdom in 1987, with the construction of the Map Ta Phut industrial estate. It has since expanded with numerous projects undertaken by various heads of government to encourage the growth of various industries in the Eastern Seaboard.

According to the CESA chairman, Pailin Chuchottaworn, the mega-bridge will aim to connect the Eastern seaboard to the lower western and upper southern regions of the Kingdom. With the bridge connecting Hua Hin with Pattaya and Chonburi, it potentially opens up a transport route between Thailand and Malaysia, among other countries.

Another benefit of the mega-bridge, Mr. Pailin said, is that it will evenly distribute tourism between the three areas. This, he said, is due to the ease of travel the bridge will make possible between Hua Hin and Pattaya/Chonburi.

“The statistics of the number of tourists is also not very competitive, for example, you compare Pattaya with Hua Hin, Pattaya has always had 10 times more tourists than Hua Hin,” he explained.

“In truth, the tourists want to travel to both cities but they choose Pattaya first partly because Chonburi has more attractions and more convenient transportation options,” he added.

The bridge will be 80 to 100 kilometers in length, reports say.

Potentially, based on Mr. Pailin’s statement, tourism can flow easily to Upper Southern provinces that remain largely unexplored by visitors. These include provinces like Cha-Am, Phetchaburi, and Prachuap Khiri Khan.

Mr. Pailin added that the CESA had already approved the project. With its huge scale, the CESA official said that it will take about 10 years to implement and finish the infrastructure project.

He also said that the Committee wants to hire local skilled workers for the construction, and to patronize locally produced materials in order to drive the cost further down.

“We have to admit that 900 billion baht is a huge amount of money but it is reasonable when considering its final results. It is also cheaper than some other mega projects that are currently being accelerated,” Mr. Pailin explained.

Other projects targeting the EEC include the ongoing upgrades to U-Tapao Airport, the Mabprachan Expressway, an upcoming cruise ship terminal, monorail projects for Pattaya and a planned high speed rail project.