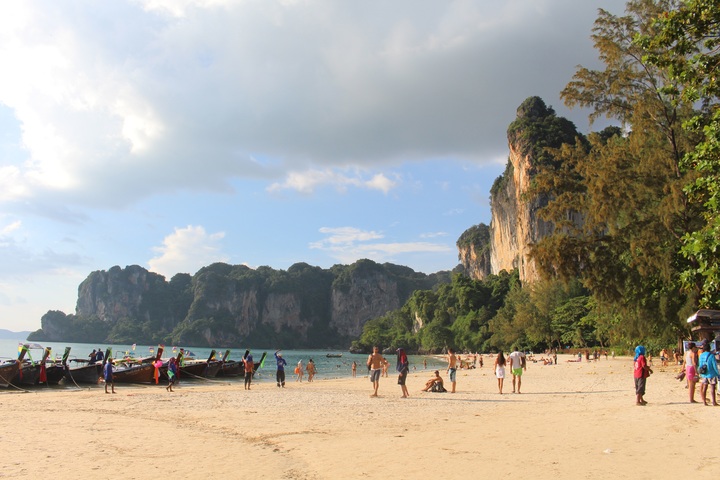 The government will need to target more than the initially declared 100 million trips by next year if it wants to help the tourism industry, the Association of Domestic Travel said.

The Association of Domestic Travel in Thailand said that the government should not stick to conservative goals and instead be more aggressive if it wants to help resuscitate the ailing tourism industry.

Instead of a conservative 100 million trips next year, the ADT says that the government should target twice that number if it is to help the industry to survive.

According to the Association’s President Thanapol Cheewarattanaporn, sticking to the lower number will actually result to more operators leaving the industry by next year. Mr. Thanapol cited the weak performance of the “We Travel Together” stimulus package and “soft” domestic demand in tourists this year as factors the government should look at.

30% of active operators have already closed shop, the ADT chief said. Another 50% are temporary closed as of the moment, but these are at risk of permanently exiting if the government remains conservative in its domestic tourism goals for the near future.

The Tourism Authority of Thailand had previously predicted 70 million trips in 2020, and 100 million trips by next year as restrictions continue to be eased.

Last year, Thailand saw a total of 167 million trips and THB3.02 trillion in tourism revenues. Due to the pandemic, the tourism industry is expected to shrink by 70% – only THB9.1 billion in revenues expected by the end of this year, with majority of the income coming from domestic rather than foreign tourists.

The government had launched the “We Travel Together” stimulus package in July 18 to spur domestic tourism and drive much needed revenues to the tourism industry, which has been the hardest hit industry following the lockdown imposed in response to the COVID-19 pandemic.

As a result, the percentage of Thai tourists contributing to the economy rose to 70%, from the 36% before the pandemic.

However, the TAT declared that the first 50 days of the stimulus package was underperforming and was far from its target of 5 million room nights by October 31, with only 17% of the registrants actually cashing in on the perks provided by the package.

The TAT said it will be proposing changes like extending the deadline to December, in order to create more demand to meet the stimulus package’s goals and earning the industry more revenues.

For its part, the ADT said the government should make it possible for registrants to receive the 40% discounts even when buying from travel agents and raising the subsidies ceiling from THB3,000 to THB8,000.

Mr. Thanapol said that current parameters of the stimulus package are not actually “inclusive” and are leaving small players behind. If the government subsidizes tour packages, however, ADT said that its members can come up with products that can serve majority of the customers.

These revisions can make traveling locally more attractive for the 11 million Thais who spent THB430 billion in holidays abroad to travel locally this year, he added.

Finally, Mr. Thanapol concluded that such revisions will make it possible for tourists to visit more destinations and for operators to come up with packages that expose more destinations to revenues that would normally be reserved for more popular places in Thailand.