Govt Not Keen on New Year Lockdown in Bangkok 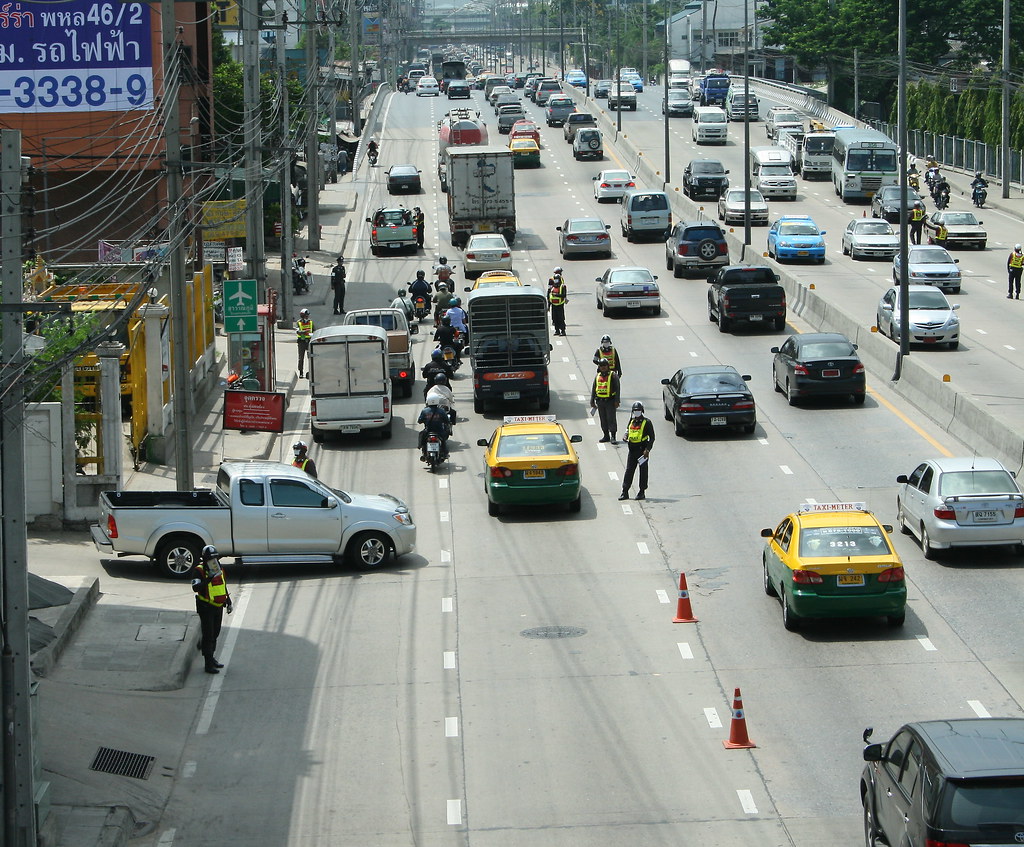 No lockdown in Bangkok for the New Year.
Photo By: Some Rights Reserved byforeign photographer - ฝรั่งถ่

Despite a warning issued by the Center for COVID-19 Situation Administration, the government is not keen on imposing a lockdown during the New Year holidays in order to allow businesses to recoup a part of their losses due to the pandemic.

This is despite the rising number of cases directly linked to the Samut Sakhon shrimp market outbreak as well as cases imported from abroad through tourists or returning Thais.

The CCSA’s official statistics indicated that there have been 121 new cases of the COVID-19 recorded in Thailand as of Sunday. Of these cases, 94 were cases of local transmission.

Reports also indicate that the virus has now spread to 38 provinces, an increase from the previously reported 22 which included Bangkok and Phuket. Sukhothai, Lop Buri and Surin are the provinces with newly reported cases, although each province only reported one case directly linked to the Samut Sakhon outbreak.

Samut Sakhon, the center of the outbreak, and neighboring Rayong, had the most number of cases. In these two areas, the provincial governors have declared a provincial lockdown and has imposed containment measures including curfews and restrictions on movements in and out of the province.

While Bangkok is the third hardest-hit administrative region, the government in the capital is not intending to impose a lockdown after businesses got in touch with the government and expressed their belief that the New Year holiday is their only opportunity this year to recoup losses from the pandemic.

A source inside the Cabinet for the Thai Enquirer said that, barring any economic concerns, the cabinet would have declared a lockdown on Bangkok in order to contain the viruses and minimize the number of new cases.

“The government is hesitant to impose anything that could dampen New Year’s celebrations even further,” he said.

While previously optimistic about the growth prospects of the economy due to a recovering export sector and availability of vaccines, the Bank of Thailand revised last week its GDP growth prediction for the Thai economy.

From a previous 3.6%, the BoT now sees only a 3.3% growth for 2021 as a result of the second wave of infections in Samut Sakhon. This is if the government cannot find ways in order to keep the new outbreak under control, a former Credit Suisse analyst told the Thai Enquirer.

CCSA spokesperson Dr. Taweesin Visanuyothin, however, said that the government continues to have the ability to keep the situation under control. He said last week that they have already put dormitories of migrant workers, who make up the bulk of those infected in Samut Sakhon, under strict monitoring and containment.

However, Dr. Taweesin said that the government requires the public’s cooperation in order to keep the second wave under control. These would include continually observing public health and safety measures including the wearing of face masks and social distancing.

The Ministry of Public Health also told reporters that the field hospital in Samut Sakhon is now fully operational and ready to treat new infections in the province.