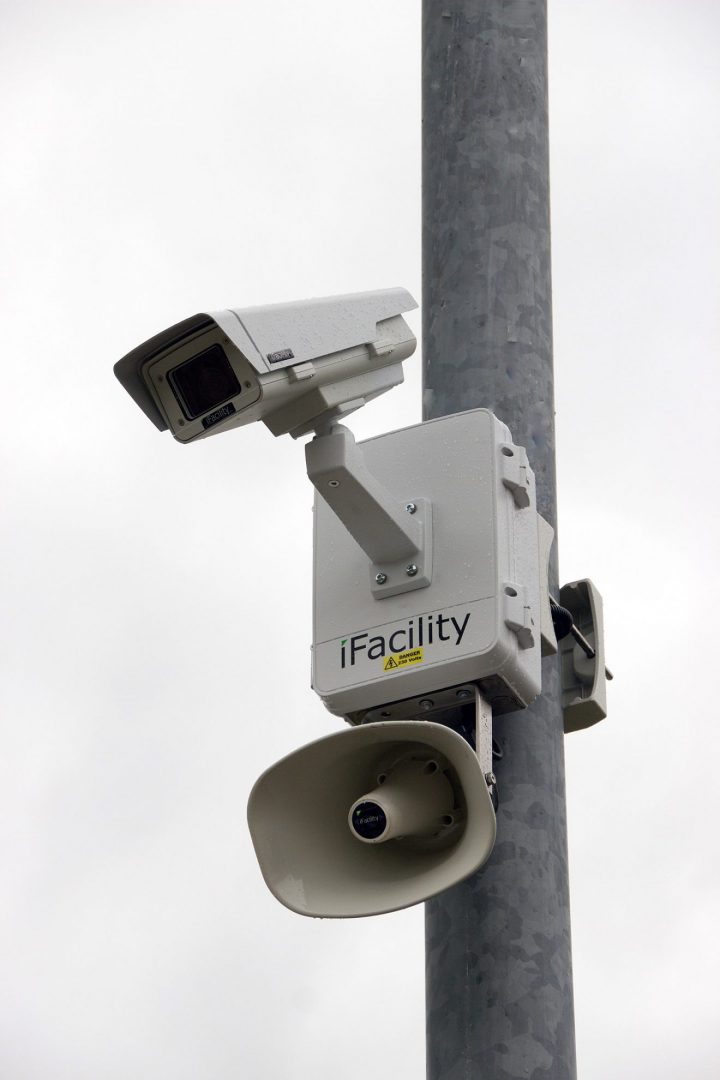 350 CCTVs have already been connected to a central management system, after being managed by 7 separate networks.
Photo By: RickySpanish, CC BY-SA 4.0, via Wikimedia Commons

In what could appear as an effort to stem illegal entrants into the Kingdom, the government through the national CCTV system planning and managing committee has approved a plan to install more CCTVs on highways and border areas across the nation.

This was confirmed by committee chairman General Prawit Wongsuan. The government is also planning to centralize all CCTV networks in the country into a single command and management system.

Thailand’s government is planning to achieve this by 2022.

The Committee has also received a report from the Ministry of Digital Economy and Society, which stated that it has ordered CAT Telecom to centralize a cluster of 350 CCTV cameras. This cluster was previously managed under 7 individual networks.

According to the Committee, CAT Telecom had successfully carried out its mandate.

General Prawit said during the most recent committee meeting that the country needs to install more cameras on border areas, so the military and immigration authorities can more effectively monitor and prevent illegal entries via natural border passes.

Roads also need to be remotely monitored through the CCTV system, the General added.

However, General Prawit, who is also the Deputy Prime Minister to Gen. Prayut Chan-o-cha, urged the involved parties to implement the standing orders regarding the centralized CCTV network with care. He reiterated the fact that the system is crucial for the government to continue protecting the general public and deterring crimes.

These news came after a sudden spike in cases involving Thais returning from Myanmar’s Tachilek town. All of the infected Thais crossed the border illegally, by bypassing the official Thai-Myanmar border and the medical checks in that particular entry.

According to Deputy Governor Worawit, the two women were also working in the entertainment industry and had been employed at the 1G1-7 Hotel. They were tested in Mae Sai district in the province and were found positive for COVID-19.

The 1G1-7 Hotel has been considered by the authorities as a “hot zone” from which recent infections involving returnees have originated.

The returnees have resulted to one confirmed case of local transmission, a DJ in Chiang Rai who had provided accommodation for two Tachilek returnees between November 28 and November 30. He submitted himself to COVID-19 testing on December 2, after hearing about the confirmed infection of the returnees in the news.

Health officials are also looking at the case of a 51-year-old businesswoman from Sing Buri who flew on the same flight as one returnee. The businesswoman flew from Chiang Rai to Bangkok on November 28 on Nok Air flight DD8717 and proceeded to go home to Sing Buri.

The woman denied visiting Myanmar for business recently. Because of her indirect contact with one confirmed positive case, .Dr Sophon Iamsirithaworn, director of the communicable disease division of the Disease Control Department, said that she is a possible case of local transmission from these returnees.