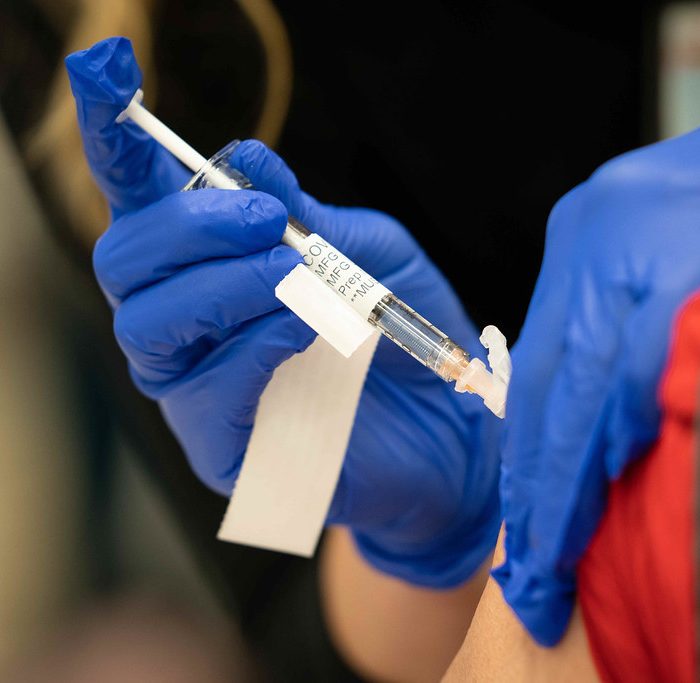 An effective vaccination plan will help inspire confidence in visitors from abroad.
Photo By: Some Rights Reserved byChildren's Health System

National Economic and Social Development Council chief Danucha Pichayanan advised the government to keep its eyes on developing a more efficient vaccine distribution plan. The plan should take into consideration the manpower aspect of the distribution in addition to the logistics involved.

Mr. Danucha also said that the government should think about inoculating people in the tourism industry so they could develop herd immunity early and inspire confidence among foreign tourists.

“The recovery of the tourism industry depends on the government’s capability to arrange vaccine distribution,” he concluded.

Keeping in consideration the province’s status as a top tourist destination, private organizations and local administrations in Phuket have expressed their willingness to purchase vaccines independently from the national government.

City mayors earmarked funds from their local budgets to purchase vaccines and inoculate their citizens for free, while private sector companies are willing to finance the vaccinations of their employees.

Administrations and organizations have formulated this plan in order to prepare Phuket for the suggested return of foreign tourism in October 1.

However, Prime Minister Prayut Chan-o-cha said that only the national government is authorized to purchase doses of vaccines, and private companies as well as local administrations are barred from making such a move.

In response, tourism operators in Phuket sent PM Prayut a petition asking him to revoke that order and allow them to procure the vaccines for their jurisdictions early.

In his statement, Mr. Danucha acknowledged the efforts of tourism operators at repeatedly urging the government to add tourist destinations and manufacturing facilities to its priority list when rolling out the immunization program.

As for a timetable, Mr. Danucha said that they foresee vaccinations to be provided by the fourth quarter of 2021. Once this is accomplished, the NESDC head said that Thailand could start easing some of its public health measures towards tourists, including the mandatory quarantine.

In addition, he said that the government could start letting in tourists from countries with effective vaccination programs against the COVID-19.

According to Mr. Danucha, they downgraded their expectations because of the second wave that occurred both in Thailand and in other countries around the world. Vaccine quality also plays a part in the reduced forecast.

“The new wave of Covid-19 spreading in countries such as Italy, Finland, Brazil, Turkey, Iran and our neighbouring nations like Malaysia and Indonesia will definitely freeze the recovery of Thailand’s tourism industry,” he said.

He also said that the government may reach the peak of new infections this month, but it will be able to get the infections under control by next month.