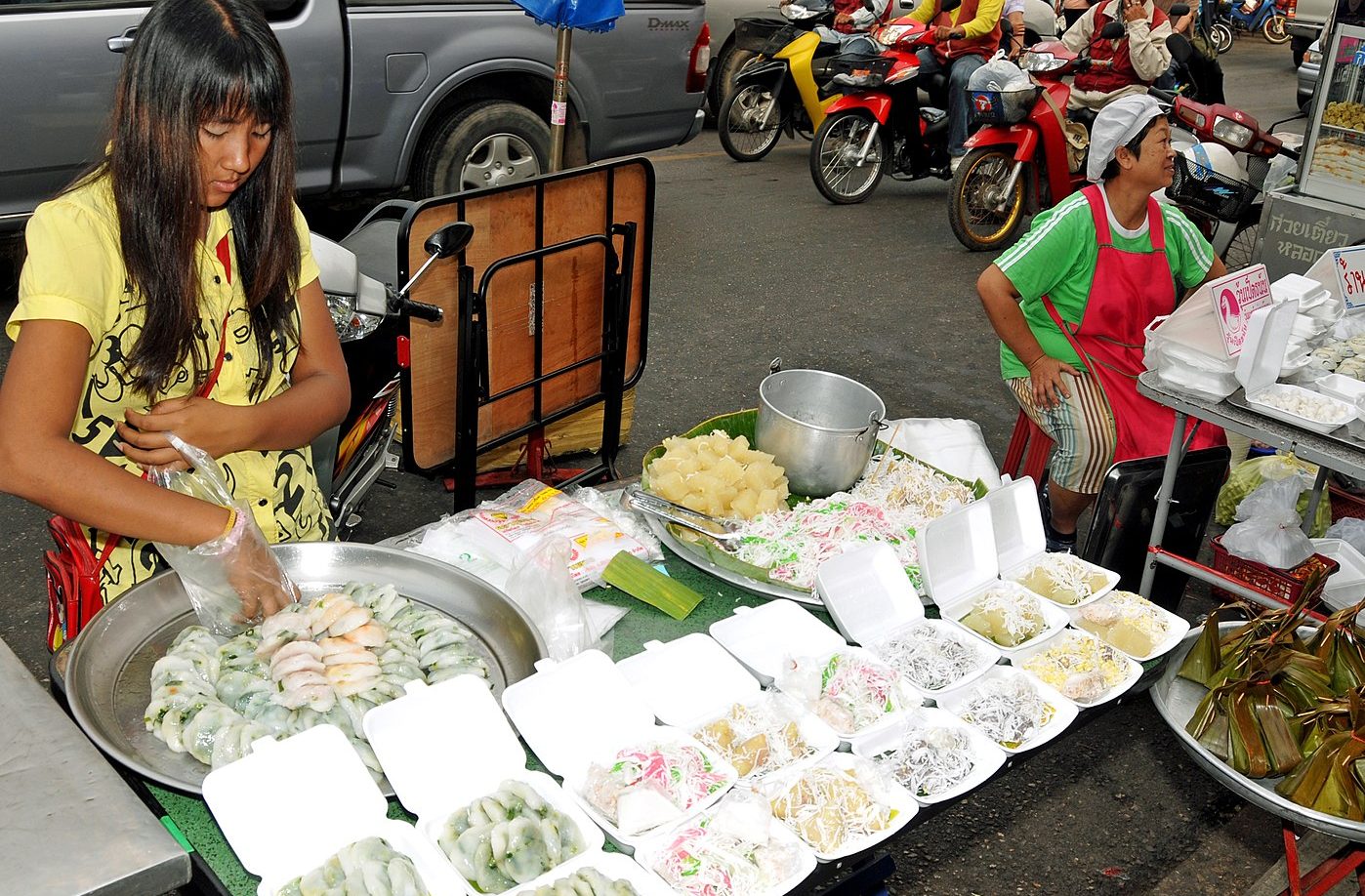 Response to the co-payment scheme continues to be positive.
Photo By: Dennis Jarvis from Halifax, Canada, CC BY-SA 2.0, via Wikimedia Commons

Due to the positive response and the positive effect it had on the sellers who participated in the scheme, the government is urged to consider expanding the “Let’s Go Halves” stimulus package to next year.

The stimulus package allows consumers to enjoy 50% discounts on their purchases of essential goods from participating sellers. The remaining 50% will be paid by the government to the vendors in the program.

This has the effect of helping people save money on their daily expenses – money that they can use in other essential concerns, or to save entirely – while also allowing the economy to roll with the continuous daily income earned by the registered vendors.

The stimulus package, which is set to expire at the end of this year, caps monthly expenses to THB3,000 per person.

According to Pornchai Teerawet, deputy spokesman of the Finance Ministry, 8 million consumers have participated in the scheme and spent money to purchase essential goods. There are roughly 680,000 vendors that have registered to join in the stimulus measure as well.

Officials in Phuket have reported that street vendors have enjoyed a significant growth in small-item sales as a result of the co-payment scheme. Some have even seen growth in sales as much as 50%.

Because of the positive response, Mr. Pornchai said that Prime Minister Prayut Chan-o-cha has ordered the Finance Ministry to conduct a study on the groups that have registered in the scheme and see what is needed in order to extend the stimulus package beyond the New Year.

Aside from checking the necessity of extending the scheme, Ministry officials are instructed to calculate the budget needed in order to take the stimulus package beyond the end of this year.

As the New Year holidays are approaching, the government wants to stimulate further spending by introducing incentives in domestic tourism and shopping. It also wants to provide more benefits for welfare card holders, and registrants in the “Let’s Go Halves” stimulus campaign.

Through these measures, the government hopes that the economy will receive THB200 billion for the fourth quarter of this year.

Other stimulus measures that remain in place include the “We Travel Together” stimulus package, which was launched in July and aimed to see 5 million room nights in domestic tourism by the end of the year.

The Tourism Authority of Thailand has relaxed restrictions as to who are qualified to apply for the subsidies in hotel accommodation and airline tickets, including extending the subsidies to corporate entities and to senior citizens.

The TAT has also been ordered by Prime Minister Prayut Chan-o-cha to conduct a feasibility study for the extension of the stimulus package from end of the year, to sometime next year.

The government has also approved stimulus packages that will allow small-and-medium enterprises (SMEs) to access higher amounts of soft loans from government-owned and commercial banks.

The Bank of Thailand is also reportedly working on a debt moratorium that will allow businesses that can provide proof of financial difficulty to obtain an extension of their debt repayment terms.