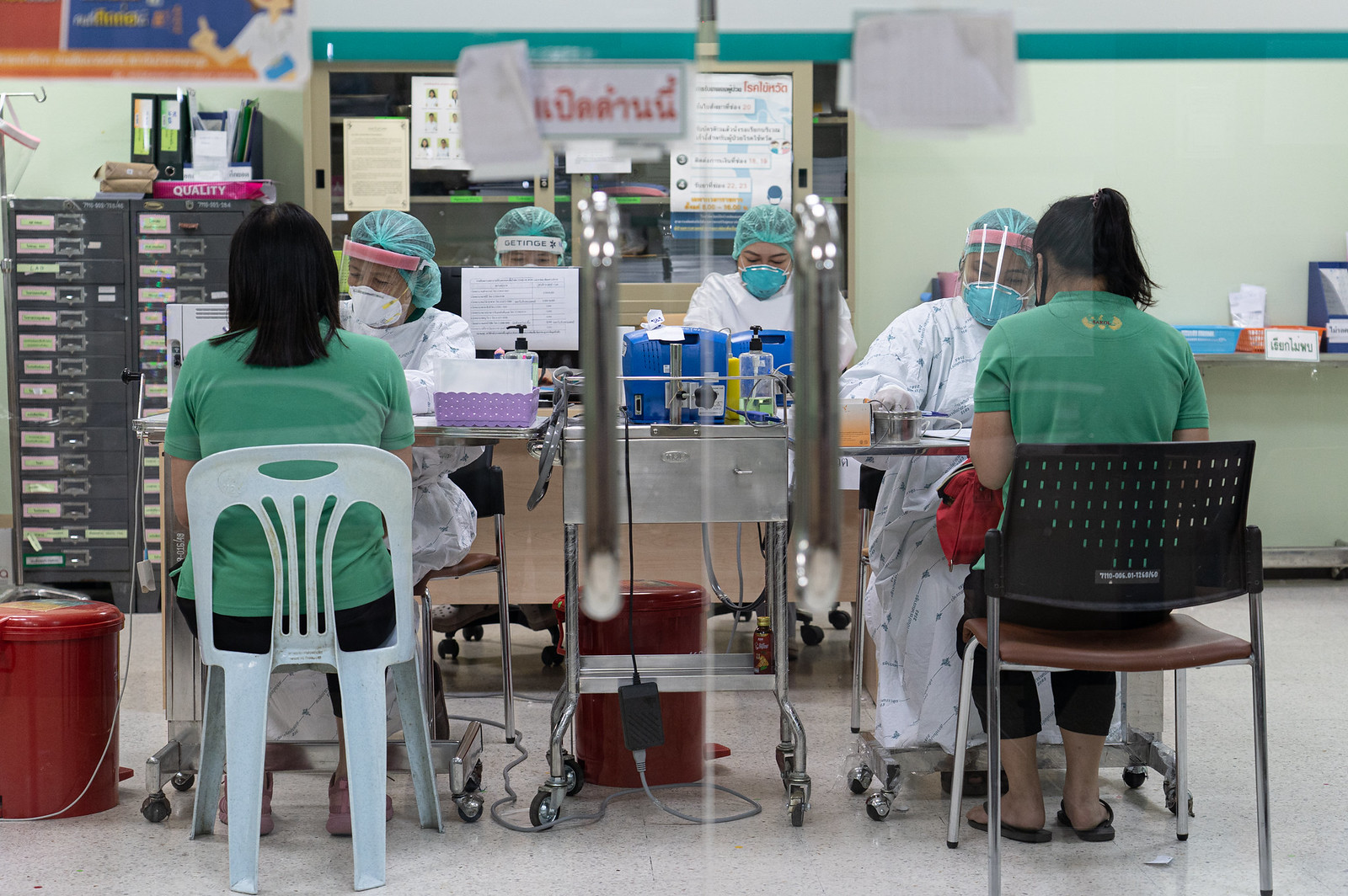 The proposal is just awaiting approval from the CCSA.
Photo By: Some Rights Reserved by UN Women Asia & the Pacific

A government agency under the Ministry of Health has agreed to lower the number of quarantine days from 14 to 10, amidst a new case of local transmission and the ongoing quarantine of the first group of Special Tourist Visa holders in Bangkok.

According to Deputy Prime Minister Anutin Charnvirakul, who also heads the Ministry of Public Health, the National Communicable Disease Committee has agreed in principle to reduce the 14-day quarantine period to 10 days for future tourists who enter the country under the STV, as well as foreigners who are returning to the Kingdom for non-tourism purposes.

However, once the foreigners have completed the 10-day quarantine, they will still be strictly monitored by the government for another 4 days. This will fall under the bailiwick of the Disease Control Department, Mr. Anutin said.

The Department will be responsible for setting up a contact tracing system, which will ensure that any foreigners who are released from quarantine will continue to adhere to public health and safety measures, like social distancing and wearing of face masks.

In addition, the government will be introducing tighter measures in alternate state quarantine. This is to avoid another case of local transmission similar to a recent infection involving a 57-year-old French woman who was found to be positive for COVID-19 in Koh Samui after leaving quarantine.

These measures, however, are only approved in principle and will need the final approval of the Center for COVID-19 Situation Administration, chaired by the Prime Minister Prayut Chan-o-cha, as well as the Cabinet.

The Deputy Prime Minister did not specify a time table as to when the CCSA will approve the shortened quarantine and tighter ASQ measures.

This does not affect the current group of STV tourists, who arrived in Bangkok from Shanghai on October 20. This group comprises of 39 Chinese tourists, and are now serving the first week of their mandatory quarantine.

It remains to be seen as well if the approval arrives before the next two groups of tourists under the STV program arrives in Thailand.

The Kingdom has recently seen its first possible case of local transmission after a 57-year-old French woman tested positive in Koh Samui for the COVID-19.

Her case had baffled authorities because she and her family – her husband and a teenaged son – had spent September 30 until October 15 in alternate state quarantine after arriving in Thailand from France. They were isolated at an ASQ hotel in Samut Prakan, near Bangkok.

They flew to Koh Samui on October 15. After falling ill from October 17 onwards, the woman was eventually diagnosed as positive for COVID-19 after she admitted herself to the Bangkok Hospital Samui.

She was transferred to the Koh Samui Hospital where she is currently undergoing treatment. Her family had tested negative, and so did the family friend that picked them up from the airport. They are currently kept under close observation.

Authorities claimed that, after investigating the alternate state quarantine hotel they stayed at in Samut Prakan, they found residues of the COVID-19 in the hotel’s gym equipment. They believe it is where the woman got infected late into their quarantine period.