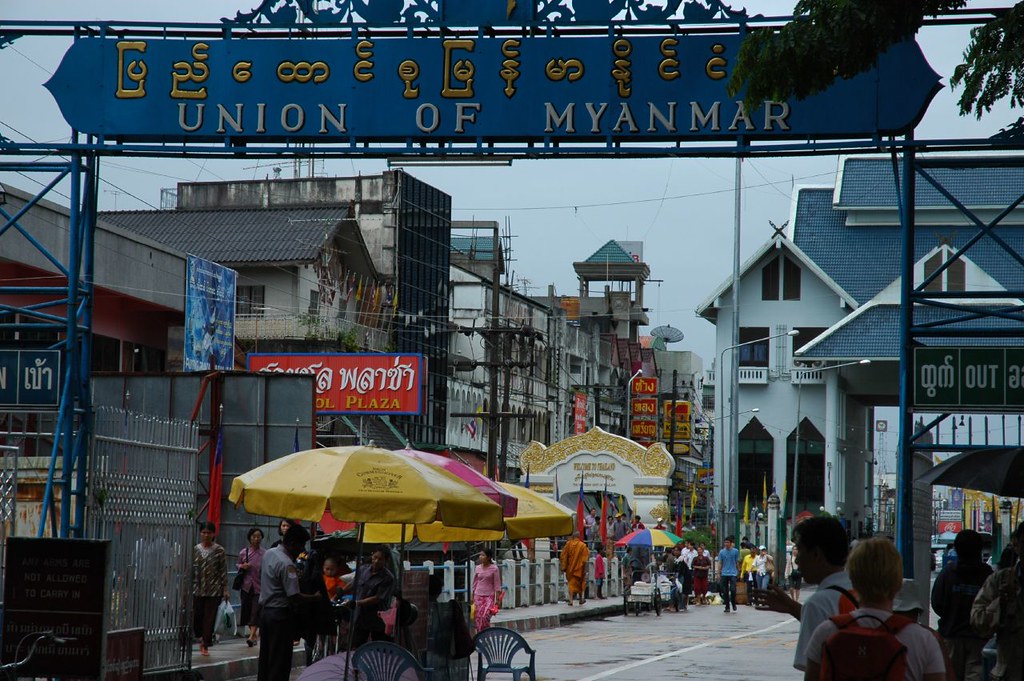 These officers are considered at risk because of regular interactions with migrants from Myanmar.
Photo By: Some Rights Reserved bymonojussi

Fearing another surge of migrants from Myanmar that will put them in close contact with potentially infected personnel, the Ministry of Public Health has announced that it will be earmarking doses of the COVID-19 vaccines for officers manning borders with Thailand’s troubled neighbor.

According to Department of Disease Control director-general Opas Karnkawinpong, the Center for COVID-19 Situation Administration has given permission to divert some vaccine supplies to the policemen and military personnel dispatched to the northern borders with Myanmar.

These personnel come into close contact with migrants with Myanmar regularly, and could be at higher risk because of the high number of people fleeing the military actions in the said country.

The DDC said that it is coordinating with the military to find out the exact number of soldiers that will need inoculation in the northern border. The vaccines will then be distributed once the numbers have been established.

In addition, the DDC chief said that Dr. Kiattiphum Wongrajit has told hospitals in 10 provinces sharing a border with Myanmar to get ready for a large number of migrants trying to flee the unrest in their country.

Reports indicate that there will be 800,000 doses of the Sinovac vaccine to be made available to people who are at risk for COVID-19 along the border. The Government Pharmaceutical Organization will be getting these supplies ready for these recipients.

Minister Anutin Charnvirakul also said that he and the commander of the Third Army Region has spoken and discussed the concerns regarding the migrants from Myanmar.

Minister Anutin assured people that people coming to Thailand for refuge will be provided shelter near the border areas. However, they will be kept from entering Thailand en masse.

Last Sunday, thousands of Karen villagers crossed the Salween River in huge numbers and entered Thailand through that natural border. They landed in Mae Hong Son province. These refugees were fleeing from possible air strikes by Myanmar’s military, which recently took over the government in a coup d’etat that deposed of Aung San Suu Kyi and the civilian government.

Prime Minister Prayut Chan-o-cha denied on Monday that his government is backing the junta government in Myanmar.

“In what ways do we support Myanmar troops? Nobody supports use of violence against the people,” the PM said during a press briefing on Monday, which was just two days after Myanmar’s military fired upon people protesting against the coup.

At least 90 people were killed during the clash, including children.

Prime Minister Prayut also said that sending representatives to Myanmar’s Armed Forced Day celebrations was necessary for the military to maintain a communications channel with its neighbor’s officers.

“It is a military channel. We need mechanisms which will enable us to follow political developments in Myanmar. The countries share a border and we will be affected,” he said.

The Prime Minister also added that they are allowing economic activities with Myanmar to continue, describing these as “vital” to the livelihoods of both Thai and Myanmar nationals.

Deputy Prime Minister Prawit Wongsuwon said that Thailand will not interfere in Myanmar’s actions on its own citizens as mandated by non-inference as mandated by the Association of Southeast Asian Nations.