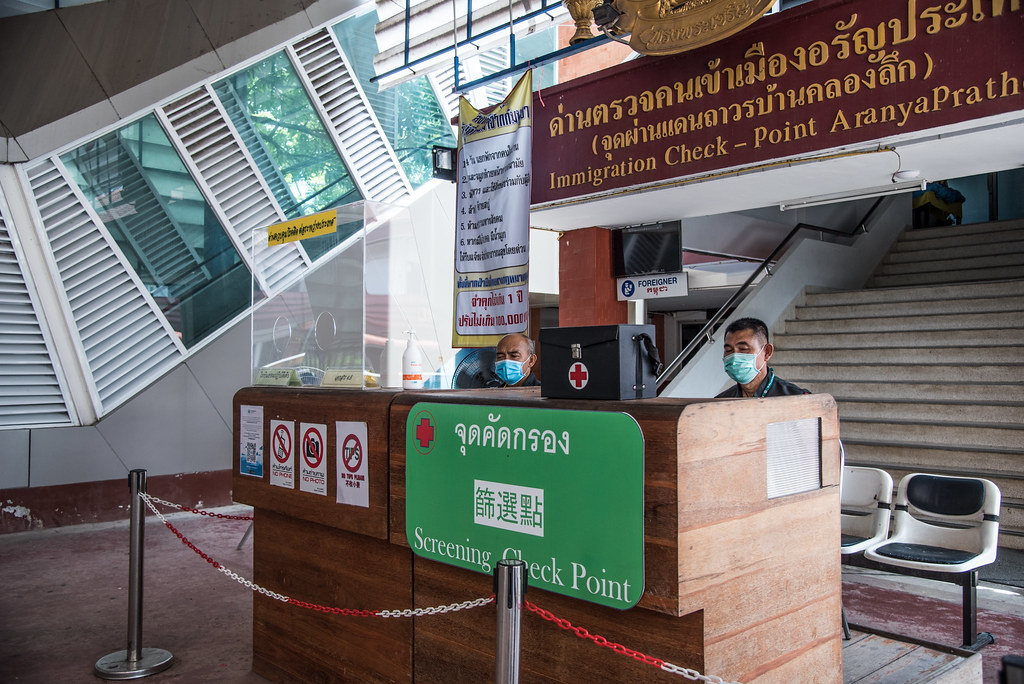 The passport order and the format have appeared in the Royal Gazette on Tuesday.
Photo By: Some Rights Reserved byWHO Thailands

The Royal Gazette has officially published the format and appearance of the government’s COVID-19 vaccine passport. This signals the Kingdom’s formal support and implementation of the special scheme for vaccinated travelers.

Locals who wish to travel abroad from Thailand can now present this passport and be afforded the treatment deserved for inoculated individuals.

The passport and the official order, which was signed by Disease Control Department director-general Dr. Opas Karnkawinpong, were published in the Royal Gazette on Tuesday. This means that, from now on , the COVID-19 vaccine certification is recognized as an official document by the Royal Thai Government.

According to the Royal Gazette, only people vaccinated with a jab recognized by the World Health Organization or have been registered with the Thai Food and Drug Administration can be issued the vaccine passport.

Like a regular passport, the vaccine passport can only be used by an individual. Groups will require each member to have a similar passport when traveling. Parents must also affix their signature to passports issued to children below 7 years old.

The pass port must also bear the signature of any of these six officials in the Department of Disease Control:

These doctors’ authority to sign COVID-19 vaccine passports have been earlier announced by the national communicable disease committee on March 31. This publication, however, pertained to the issuance of vaccine certificates.

The Royal Gazette also published the format and appearance of the passport, which sports the traditional Garuda emblem in front. The emblem is flanked top and bottom with the texts “Department of Disease Control, Ministry of Public Health, Thailand” and “Covid-19 Certificate of Vaccination,” respectively.

In related news, a senior doctor at the Chulalongkorn University said that the Sinovac vaccine is directly responsible for the partial paralysis suffered by seven recent recipients of the jab.

According to Dr. Thiravat Hemachudha, all seven patients, who were living in two provinces, had immediately reported the side-effects to the Ministry of Public Health. They were also attended to by doctors who administered anti coagulant medicines, after which their conditions had improved.

While acknowledging that it was a direct side effect of vaccination, Dr. Thiravat also pointed out that the problem might have been with certain batches of the vaccine. There’s no reason to believe that all vaccines received are problematic, he added.

The third wave continues to rage, with 1,443 new cases reported by the Center for COVID-19 Situation Administration on Tuesday.

Anticipating a rise in cases, the Department of Disease Control is reportedly coordinating with other government agencies to create a plan for home quarantine for patients with mild symptoms and those who are asymptomatic.