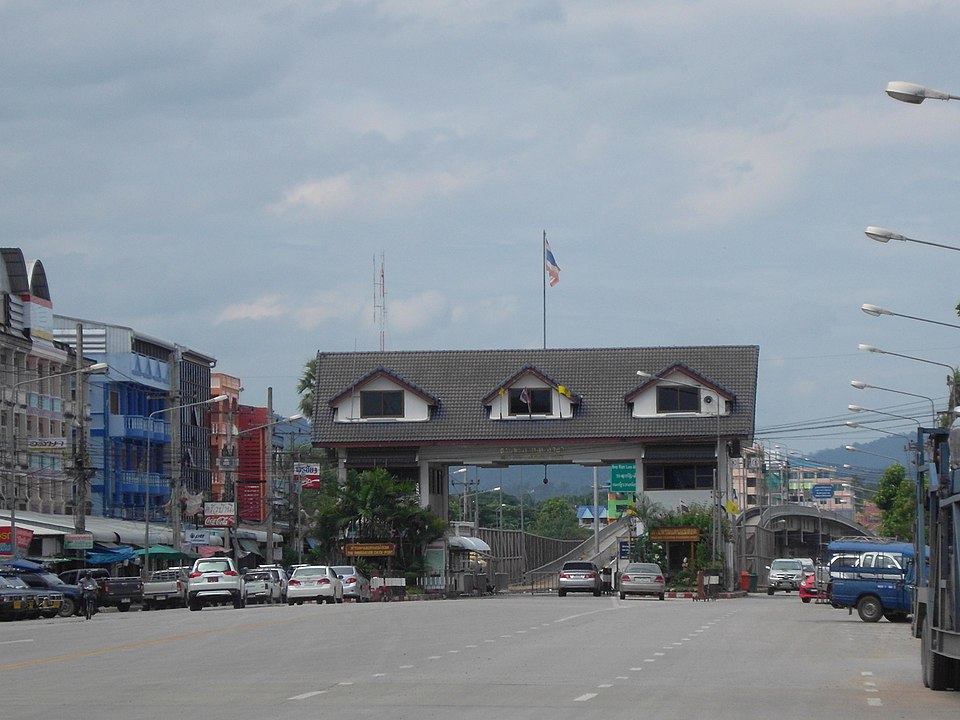 Hundreds of Thai workers are expected to cross back from Myawaddy in Myanmar anytime this week.
Photo By: Mozhar, CC BY-SA 3.0, via Wikimedia Commons

The authorities in the border district of Mae Sot is currently on high alert following reports that hundreds of Thai workers in a casino in Myawaddy, Myanmar are expected to cross the border next week as they try to flee the COVID-19 in the country.

According to Disease Control Department Director-General Opas Kankawinpong, they are expecting hundreds of Thai workers employed by a certain casino in Myawaddy to return to Thailand through the Mae Sot district in Tak after the provincial government has made the checkpoint open for them to return through.

A group of 40 workers, who are said to work at the Sky Complex casino in Myawaddy, has crossed the border and passed through the checkpoint on Thursday.

Upon undergoing mandatory COVID-19 testing, it has been found that 17 of the returnees were positive for COVID-19. They are now under treatment at the Mae Sot Hospital.

Border securities estimate that there are 300 staff working in the Sky Complex casino alone.

Dr. Opas said that there is still no indication yet as to when the district authorities at Mae Sot will officially open the border for these workers to pass through.

The DDC Director-General added that this move is the government’s latest effort to prevent illegal crossings that could result to a spread of the coronavirus, as what happened months ago with illegal returnees from Tachilek in Myanmar.

The Tachilek crisis was spurred on by returnees who decided to return to Thailand through illegal border crossings, bypassing official checkpoints and health checks. A number of these returnees eventually tested positive for COVID-19, although only one case of local transmission was confirmed from these returnees.

They are now facing charges from the government for violating the Emergency Decree and threatening national security.

By reopening the border for these Thais, it will be easier for the government to monitor border crossings as well as monitor the movement of the virus from Myanmar to the Kingdom.

“There will be no more Thai people sneaking into Mae Sot as their illegal movement could pose health dangers to residents in the district and the country,” Dr Opas said.

The government has set up a number of field hospitals in preparation for treating possibly infected Thai returnees from Myawaddy, in an effort to ease the load from the district hospital.

Mae Sot has reported at least 60 COVID-19 cases since last week. In Sunday alone, the province reported 17 new cases of local transmission through the Center for COVID-19 Situation Administration.

Mae Sot authorities are asking residents to “keep their guard up” and keep a close eye on the returnees from Myawaddy in order to spot illegal returnees. Mayor Therdkiat Chinsaranon has called on the residents in the district to cooperate with the district authorities in order for everyone to get through the current crisis.

Police Chief Suwat Jangyodsuk inspected the Mae Sot border area with Myawaddy on Saturday, and pledged to add more personnel to assist in safeguarding this segment of the Thai-Myanmar border.