Monk Did Not Die of COVID Vaccine, Hospital Says 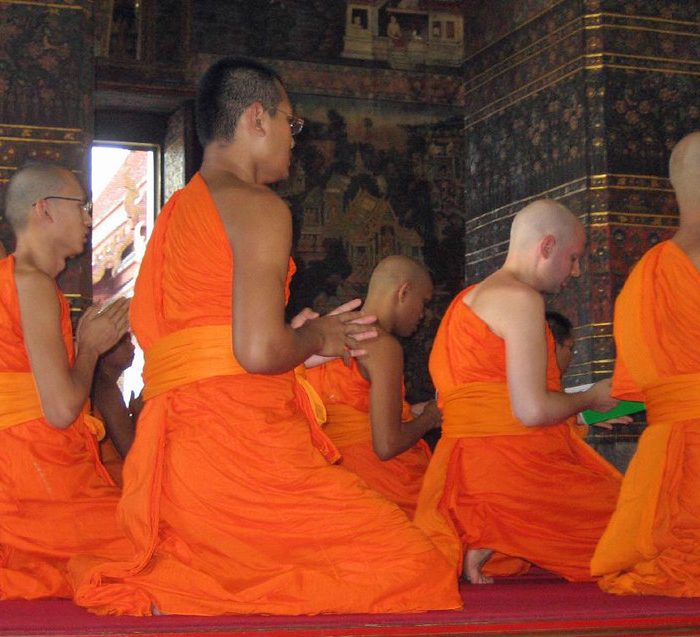 The monk had suffered from a number of pre-existing conditions before he received the vaccine.
Photo By: Some Rights Reserved byGreg Walters

A 71-year-old monk that was found dead in the Wat Sampanthawong temple in Bangkok did not die from the AstraZeneca vaccine that he received on Wednesday.

Instead, the director of the Priest Hospital, of which he had been a patient for 15 years, said that the death was caused by a complication of his chronic illnesses. Dr. Chamni Chitriprasert said that the monk had been suffering from conditions including an enlarged heart, high levels of body fat, hypertension, diabetes and coronary artery disease.

Dr. Chamni also said that the monk had not been adhering to his medications for at least a year after he had stayed abroad in 2020.

In addition, Dr. Chamni said that there are unofficial reports denying the presence of blood clots in the monk’s circulatory system. Blood clots had caused a disruption in several European nations’ vaccination programs following reports of such developments in recipients in Denmark.

At least one of the recipients in Denmark died as a result of the supposed complication.

Thailand had also briefly paused its vaccination campaign, but resumed a few days ahead of the European nations. The European Medicines Agency later ruled out the vaccine as a cause of the blood clots, but also added that they are continuing to study the issue.

“We don’t think that the vaccine is the cause of death in the case,” Dr Chamni told the press conference.

The monk, Pra Kru Siripanya Medhi, had taken the AstraZeneca vaccine on Wednesday. One day later, he was found dead by his fellow monks in his cloister.

According to the Center for COVID-19 Situation Administration, only four people had developed side effects out of the 203,650 people that were vaccinated between February 28 and April 1. These side effects were simply treated with antihistamine, and the four patients fully recovered.

Of the 203,650 vaccine recipients, 166,243 people had received their first dose while 37,407 recipients had already been administered with their second dose.

To manage the vaccination campaign, government spokesperson Anucha Burapachaisri said that Prime Minister Prayut Chan-o-cha has ordered the development of a phone app that will allow people to remotely register for their COVID-10 vaccine.

The app, which is called the Health Wallet, will manage all the registrant data to ensure that vaccines are equitably distributed to recipients in all provinces.

The development of the app will be a collaboration between the Krungthai bank, and the Ministries of Finance and Public Health.

Mr. Anucha said that Prime Minister Prayut wants to fast-track all processes related to vaccination as the Kingdom prepares to fully reopen to foreign tourism by next year. The goal is to achieve herd immunity, in which 60% of the total population has received the vaccine, by the end of this year.

Both government officials and private sector members believe that vaccination is key to improve tourist confidence and bring back international tourism en masse to the country.

Tourism accounts for nearly 12% of the Kingdom’s gross domestic product. Foreign tourism receipts account for two-thirds of the sector’s revenues each year.