Nationwide Vaccination Will Begin May 2021 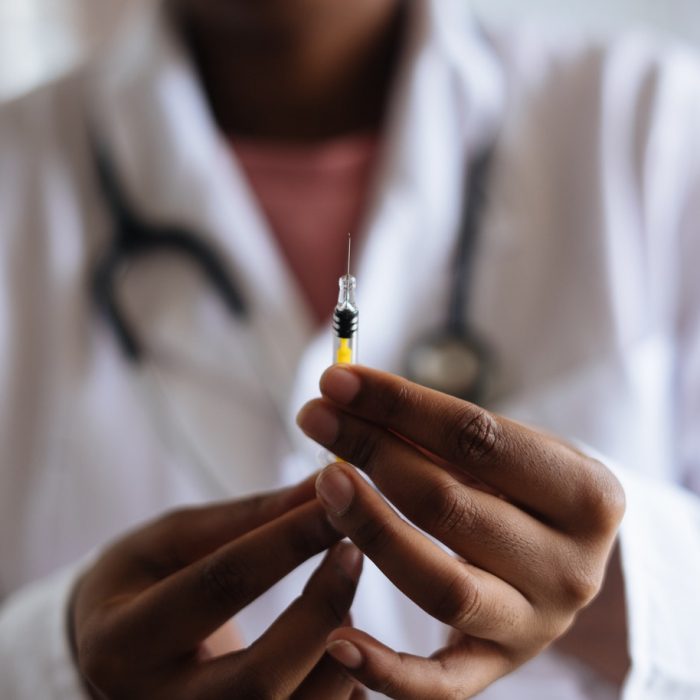 The vaccination program will include an information campaign, and a monitoring system to watch for adverse effects.

After the government and AstraZeneca have finalized their deal last week for the acquisition of the company’s COVID-19 vaccine, the Department of Disease Control unveiled to the public an action plan that will govern the distribution of the medicine to the public.

One of the specifics of such a plan is the start date, which the DDC has pegged at May 2021.

The deal that the government signed last week with AstraZeneca confirmed the country’s order of 26 million doses of the messenger RNA vaccine that the company co-developed with the University of Oxford in London.

These doses are allocated for 13 million people, who will be administered two doses a month.

Before the vaccine can be deployed to the public, AstraZeneca will produce the first batch through Siam Bioscience Group and submit the ampoules to the Thai Food and Drug Administration and the Public Health Ministry’s Department of Medical Sciences.

These two agencies will submit the vaccine to stringent safety and quality checks.

At the same time, the DDC is tasked with setting up more than 10,000 subdistrict health promotion hospitals and turning them into vaccination centers. These centers will bring the vaccine close to communities and will ease the load off large hospitals.

The government is also currently training officials and health workers on how the mass vaccination programme is to be carried out. In addition, the cold-chain transport system for the vaccine is also being prepared.

According to the DDC, they will be prioritizing the following groups for registration: medical workers, children, elderly people, and individuals medically vulnerable to the COVID-19.

Once May 2021 comes, these registrants will receive a summons from their local health officials that will call them to the nearest mobile health unit or health promotion hospital to receive their jabs.

DDC director-general Opas Karnkawinpong said that these people will receive their vaccines without paying anything, as the vaccine is paid for by the government as part of the AstraZeneca deal.

The Health Ministry will also monitor the vaccine recipients to note any adverse side effects and to launch treatment when necessary.

Simultaneous with the vaccination, the government will embark on an extensive public information campaign about the vaccine. One of the points that the health officials want to emphasize is that people with naturally strong immunity don’t need to receive the vaccine urgently, and that the vaccine is limited only to people with pressing need.

Thailand’s total cases have climbed to 4,053 as of December 4, with one new case of local transmission in Chiang Rai.

This case involved a 28-year-old Thai man who had come into contract with a woman who came from Myanmar’s Tachilek town and visited the entertainment venue he works at. He is currently being treated at a hospital in Chiang Rai province.

On the other hand, the CCSA reported 13 new cases coming from the countries of Ukraine, Nepal, the Netherlands, Czech Republic, Norway, Germany, the United States and Myanmar. This group has both Thai repatriates and foreigners.

Thailand’s death toll is still at 60.