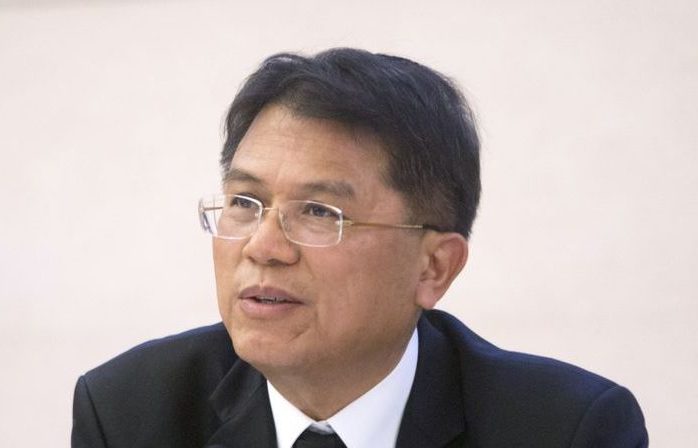 With Thailand still reeling in from the hard impact of the COVID-19 pandemic, new Finance Minister Predee Daochai is getting ready to go to work and try to remedy the shortcomings in the economy.

According to a source, who spoke to the Bangkok Post anonymously, Minister Predee is set to convene a meeting with the top officials in his Ministry this week.

The agenda will cover possible means to revive Thailand’s ailing economy, and to discuss its current state to determine potential measures of managing it.

Minister Predee is also the current chairman of the Thai Bankers Association. He previously served in the Board of the Kasikornbank as co-president.

The new Minister’s tasks include revitalizing an economy that has seen its lowest since 2014. In the first quarter when the lockdown was fully in place, the economy dropped 1.8% from the same time frame in 2019.

The economy in the first quarter was also 2.2% lower than the fourth quarter of 2019, when tourist visits peaked during the Christmas holidays.

Data for the second quarter of 2020 will be publicly available from the National Economic and Social Development Council on August 17.

With foreign tourism and exports taken out of the game by the ban on international air travel, Thailand’s prospects are bleak.

Forecasters are predicting an 8% drop in the economy year-to-year by the final quarter of 2020.

The University of Thai Chamber of Commerce even predicted a 9.4% to 11.4% drop in economic performance for this year.

A 1.5% increase in inflation is also expected, the UTCC said.

To boost the economy, the UTCC urged the government to stimulate domestic spending. Without foreign tourism to prop the economy up, it would be up to local Thais to contribute to the economy and keep it going.

The Chamber said that the government should create stimulus packages that will boost the spending power of every individual Thai across the board.

For businesses, the government and the private sector must make financial aid more available. Loan approval processes must be simplified and expedited in order for cash-strapped businesses to gain much needed funds to keep going amidst the ongoing pandemic.

The government’s stimulus packages and incentivizing of local tourism has resulted to a rise in booking from domestic tourists. A more recent example is the positive turnout of local tourism during the four-day long weekend commemorating King Rama X’s birthday.

Fiscal Policy Office director-general Lavaron Sangsnit is optimistic about the prospects of the economy after some aspects of the lockdown have been eased.

Mr. Lavaron noted that economic activity has resumed recently, improving the economy although there is still room for more improvement as several businesses are still down and are trying to get back up.