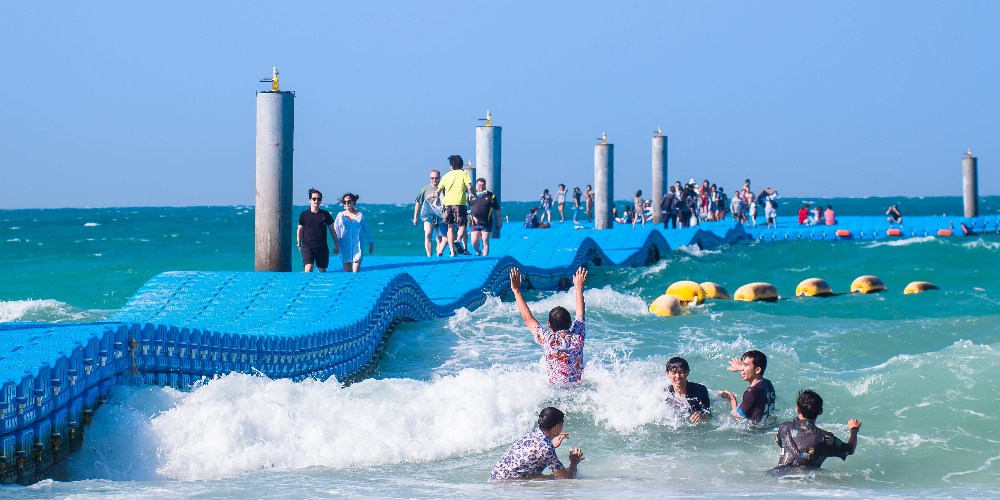 The government might declare a new long holiday for November

The Royal Thai Government is currently mulling over a new set of public holidays that have been put forward by the Tourism and Sports Ministry for the month of November.

While no details are yet available, Deputy Prime Minister Wissanu Krea-ngam said that the Cabinet will most likely create the holidays to come up with another long weekend.

What concerns the government, Deputy Prime Minister Wissanu said, is the timing of the holidays. Due to diminished spending power, the people might not be able to travel and enjoy themselves during the holidays if not timed correctly.

If the holidays are set too early in the month or too close to the end of the month, people will not have the spending power to enjoy the holidays, Mr. Wissanu said.

The government is considering either the end of the Buddhist Lent, or the day of the Loy Krathong Festival, as possible dates to attach the new holidays.

The government is stepping up efforts in order to boost domestic tourism, after the Tourism Authority of Thailand revealed the lackluster performance of the “We Travel Together” stimulus package that was launched in July 18 of this year.

The stimulus package aims to stimulate domestic spending towards the tourism industry, which needs the revenues after the pandemic resulted to a ban in international travel in and out of Thailand since April.

Initially, the stimulus package offered to subsidize up to 40% or up to THB3,000 out of the total travel expenses of locals when they travel anywhere in the country.

However, data revealed that only 17% of the total registrants of the program actually redeemed their perks under the program in the first two months.

To address the deficiency, the Tourism Authority of Thailand offered the perks that were initially restricted to individual registrants to corporate entities. The number of nights that can be subsidized were also extended to 10 days, from the initial 5 days.

TAT Governor Yuthasak Supasorn said that they will also propose changes to the stimulus package that will allow more people, like the elderly, to access the perks and travel domestically.

Although the government has lifted restrictions in international air travel in July, foreign tourism is yet to resume. However, the government had already publicized plans to reopen the country to foreign visitors as early as next month.

The government had also announced this week the Special Tourist Visa program, which aims to bring in tourists who are willing to stay at least 90 days in Thailand by October.

In the meantime, the government is actively targeting expatriates to travel by offering them exclusive cash handouts or discounted packages.

The TAT last week held the “Expat Travel Deal 2020” through which expats had the opportunity to sign up for discounted travel packages offered by participating travel agencies.

Finally, the government also announced that they will be issuing THB500 for each expatriate who will support domestic tourism, provided that their travels will be more than one day in length.