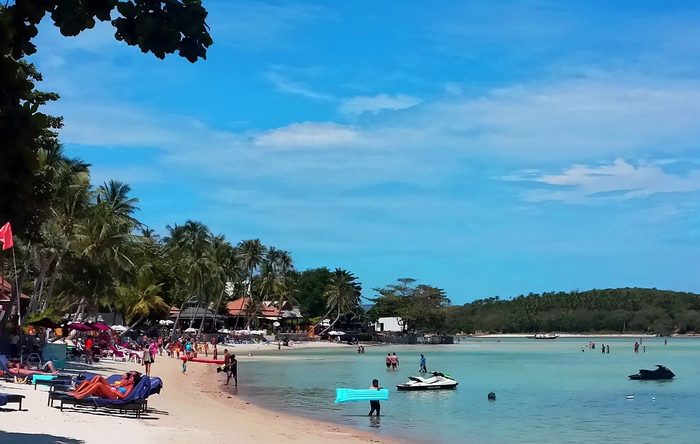 Will the planned reopening push through after the discovery of the first case of local transmission after 100 days?

Much hype has been buzzing on the much-anticipated reopening of Phuket for foreign tourism in October 1. However, it seems that the reopening could be postponed as a result of Thailand’s first case of local transmission after 90 days of being COVID-free.

On Thursday morning, authorities announced the new case of a 37-year-old DJ who tested positive while an inmate of the Klong Prem prison. According to the authorities, the DJ was incarcerated beginning August 26th following sentencing in court due to drug charges.

The DJ, who authorities said had never been out of the country, was serving a 14-day quarantine at the correctional facility when the positive result came out.

The government quickly cracked down on the three venues he had worked in, closing and cordoning off the venues while the authorities carried out contract tracing and testing.

In addition, a few inmates who had had their sentencing in court together with the patient had also been quarantine and tested.

As a result, Tourism Authority of Thailand Yuthasak Supasorn expressed his opinion that the reopening of Phuket, originally scheduled for October 1, will most likely be postponed.

He issued this statement while speaking before local businesses, during a government-sanctioned visit to the Phuket to discuss disease control and prevention measures in preparation for the supposed reopening.

The reopening, widely referred to by public officials as the “Phuket Model,” would have been the pilot project that would lead to gradually reopening other provinces in Thailand for foreign tourism.

Under the government’s “Safe and Sealed” plan, 200 tourists, announced to be coming from New Zealand and Australia, would be the first group of foreigners to visit the island after nearly five months of lockdown.

They would have been required to pass a COVID-19 test at their home nation, and take three more swab tests – one upon arrival at the airport, and twice during the 14-day quarantine period in government-sanctioned alternate state quarantine establishments in Phuket.

After the two-week quarantine, they will be allowed to roam around the province and visit tourist destinations.

The government will also allow them to explore more places outside Phuket, but they will need to serve another 7-day quarantine and additional swab tests before being able to do so.

The DJ’s positive result has apparently put a big dent on the government’s plan to gradually reintroduce foreign tourism, a major contributor to the country’s economy, even though Suwannachai Wattanayingcharoenchai of the Department of Disease Control said that the DJ is unlikely to be a “super spreader.”

While the government has been pouring money into to encourage local spending and inject revenues into the domestic tourism industry, it has been reported that the stimulus package “We Travel Together” has been performing beneath expectations.

To create fresh demand, the TAT has extended the travel perks to corporate entities for use as corporate rewards for employees or partnerships.