Only 69 Cases of COVID-19 For Wednesday 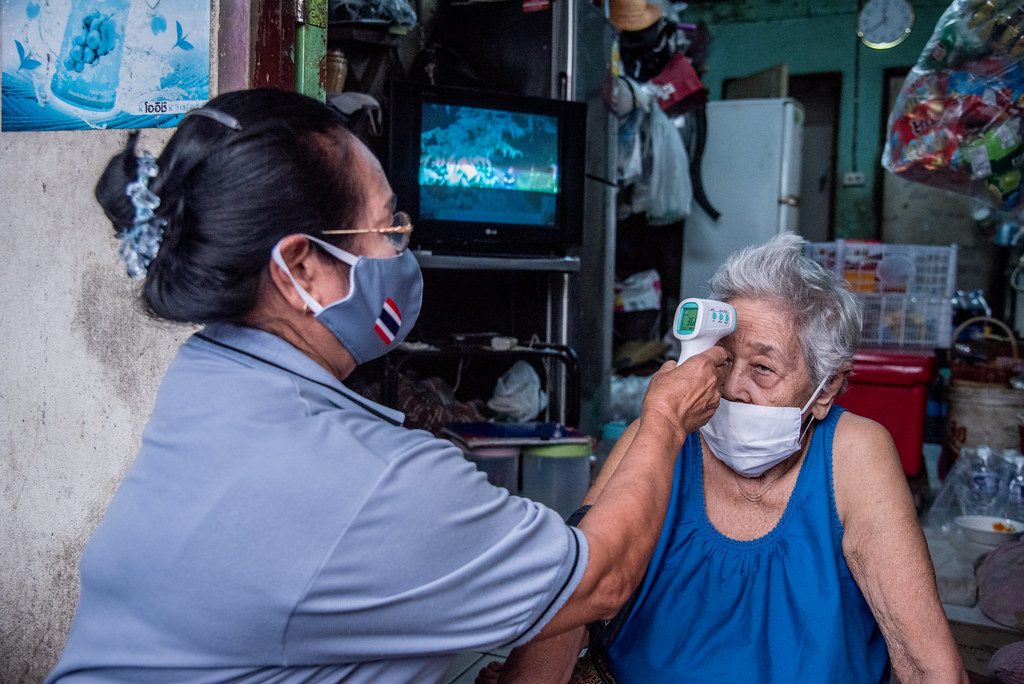 The number of daily new cases is falling back to two digits.
Photo By: Some Rights Reserved byWHO Thailand

After a sudden surge yesterday of 401 cases, the daily case total in Thailand dwindled back down to two digits for today’s daily report. This time, only 69 new cases were detected, divided into 8 imported and 61 cases of local transmissions.

The assistant spokesperson for the Center for COVID-19 Situation Administration, Apisamai Srirangson, said that 44 of the new cases were reported at hospitals, and only 17 cases were found through community case finding and active testing.

Bangkok accounts for the majority of the new cases. The capital has 43 new cases logged for the past 24 hours. Majority of the cases (30) were reported by hospitals in the capital, while thirteen were found these case finding.

Of the cases detected in communities, eight were locals, and five were nationals from Myanmar.

While it had accounted for the majority of yesterday’s surge in cases, the illegal migrant detention facility in Bangkok did not report any case in the past 24 hours.

Samut Sakhon, which was the epicenter of the second wave in December, reported only nine cases of local infection. Three Thais and three Myanmar nationals were diagnosed as positive and admitted to hospitals, while two Thais and one Myanmar were also found to be positive through active case finding.

In total, Samut Sakhon only accounts for nine cases in the past 24 hours.

Because of the dwindling number of daily cases in the province, the CCSA has allowed Samut Sakhon to receive inter-provincial vehicular traffic. Passengers who want to alight in Samut Sakhon from buses and other forms of transport are now allowed to do so.

When the second outbreak was still active, people passing through the province were not allowed to stop over. They had to drive through and exit the province before they can stop and alight from their vehicles.

On the other hand, the province of Nong Bua Lam Phu reported a single case. According to the CCSA, this patient had been in contact with a confirmed case in Bangkok, which means that this case is directly linked to the new cluster.

Other provinces also reported single-digit numbers of cases in the past 24 hours. Pathum Thani reported three, while Tak province reported two cases. The provincse of Nonthaburi, Nakhon Pathom and Samut Prakan reported only one case each for the daily total.

As for the imported cases, three cases came from the United Arab Emirates, while one case each arrived from Brunei, Sweden, Bahrain, Japan and Myanmar.

Thailand now has a total of 28,346 total cases accumulated since the start of the pandemic last year. 94% of these cases have turned into recoveries. The most recent recoveries are 107 people that were discharged yesterday. Only 1,381 patients remain in the hospital for treatment.

No new deaths have been reported today, keeping the death toll at 92.