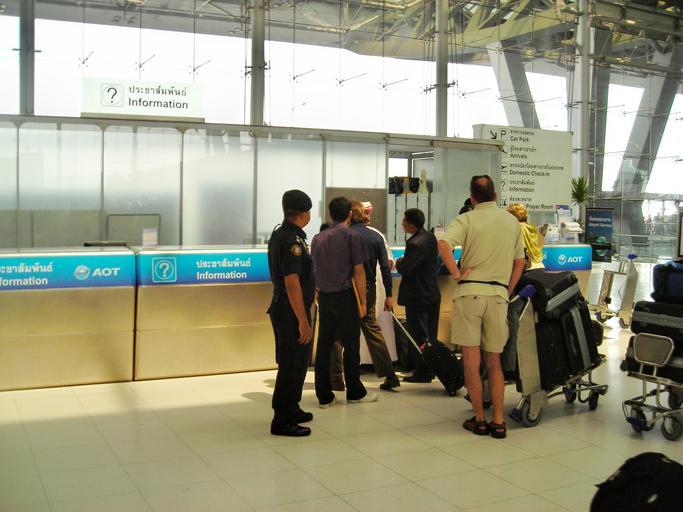 The Immigration Bureau will start cracking down on overstaying foreigners by Saturday, when the visa amnesty expires.

The visa amnesty for stranded tourists is set to expire in four days. After that, the Immigration Bureau will begin cracking down on foreigners who will continue to stay in Thailand beyond September 26 without the required documentation.

According to Police Colonel Pakpong Sai-ubol, the deputy spokesperson for the Immigration Bureau, tourists who are found overstaying without proper documents will face jail time and will also pay additional fines.

On top of that, the government will also deport them home, and blacklist them from entering Thailand.

Thai law mandates that people who overstay beyond 90 days will not be approved for visa applications for a year. If the foreigner has overstayed in the Kingdom for a decade, he or she will be barred from coming back to Thailand for life.

September 26 is the deadline for the third and final visa amnesty that the Royal Thai Government had granted to overstaying foreigners, many of which were stranded in Thailand as a result of the lockdown imposed in April.

They were first required to leave by April 30, but with the imposition of the travel ban, they were given an amnesty until July 31 to organize flights out of the Kingdom, or secure the necessary extensions.

Before July 31, the government once again gave them another amnesty extending their deadline for departure to September 26.

All affected foreigners have been directed by the authorities to secure a special 30-day extension to their visa, but they will have to provide proof of their inability to exit the country by September 26.

Applicants for extension will have to secure a letter from their embassy, or a medical certificate for those who cannot yet depart because of illness.

The Immigration Bureau had said in July that they will be accepting and approving applications only on a case-to-case basis, and that there is no reason to believe the government will issue another amnesty extending these foreigners’ visas.

By September 26, the Immigration Bureau will track down foreigners based on information provided during the requisite 90-day reporting that have been recorded in the Bureau’s database. Any tourist with expired documentation will face the requisite penalties as mandated by Thai law.

The visa amnesty has also proved problematic for foreigners who have been living in Thailand and doing business with Non-Immigrant B visas.

Immigration officials in Phuket have advised these expats to delay applying for renewals until September 15, at which they expect word from officials in Bangkok regarding the income requirement in their visas.

With no word released from Bangkok, Phuket Immigration is now advising that they apply for the special 30-day extension, as it has been confirmed that stranded foreigners can apply for unlimited renewals provided they could show proof of their inability to leave Thailand.